Remarks. Taxonomy. Fenimorea glennduffyi  has all the diagnostic characteristics of Fenimorea  : ribs sutureto-suture but greatly reduced in the sulcus, microsculpture of very fine spiral threads and growth striae that show intervening pits and a large hump-like varix about ⅓-turn from the edge of the outer lip. Variability. The six type specimens have an average total length of 11.10 mm (10.2–11.9 mm) and an average W/ L ratio  of 0.418. Nearly all-white forms occur (faint color appears on the varix). Identification. Fenimorea glennduffyi  is closest to F. caysalensis  , new species. It differs from that species in possessing shouldered whorls and fewer ribs (11–12 versus 12–16 on the penultimate whorl). An all-white form of F. glennduffyi  (Fig. 8) originally from the same lot as the one depicted in Fig. 7 is very similar to F. ni v al i s, new species, of Brazil, but differs principally in possessing fewer ribs that are broader and have rounder crests. Fenimorea glennduffyi  is also similar to F. biminensis  , new species. It differs in being slightly more stout (W/L = 0.418 versus 0.395), and in possessing a narrow, not the wide, central spiral band of F. biminensis  .

Etymology. Glenn Duffy’s Fenimorea  . Named in honor of Mr. Glenn Duffy for his contribution of mollusks from the Dominican Republic for scientific study. 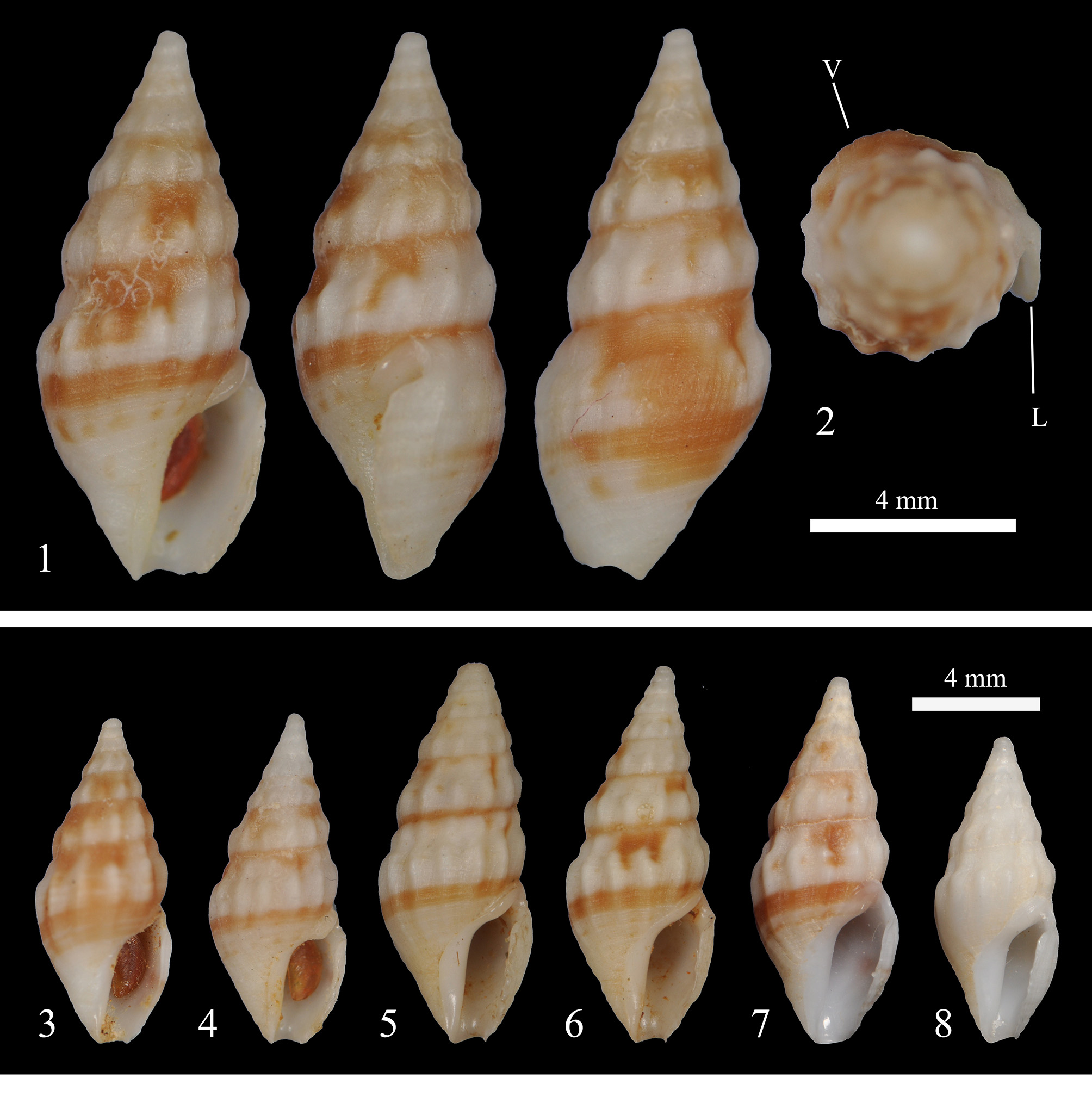