Not this species and unconfirmed or extralimital reports.

Remarks. Taxonomy. Watson’s type has not been examined directly; however, from his detailed description and from the photograph supplied by the NHMUK the shell microsculpture is consistent with members of Fenimorea  : “The whole surface is very delicately fretted with almost microscopic, crisp spiral striae, whose course is not quite regular, and which are crimped or disturbed by the lines of growth; this sculpture is particularly sharp and distinct in the sinus area.”(Watson, 1886: 323) The holotype appears to be an immature specimen because the lip is thin, aperture is without a parietal lobe, and the varix has not formed. Identification. The type of F. marmarina  may be confused with other all-white species of Fenimorea  . It is similar to F. phasma (Schwengel, 1940)  , F. alba  , new species, and F. ni v al i s, new species. From F. phasma  it differs in being smaller, and in possessing more convex ribs in the sulcus. Ribs in the sulcus of F. phasma  are flat to concave. From F. alba  it differs in having broader axial ribs and a more robust last whorl. From F. nivalis  it differs in being larger and more robust. 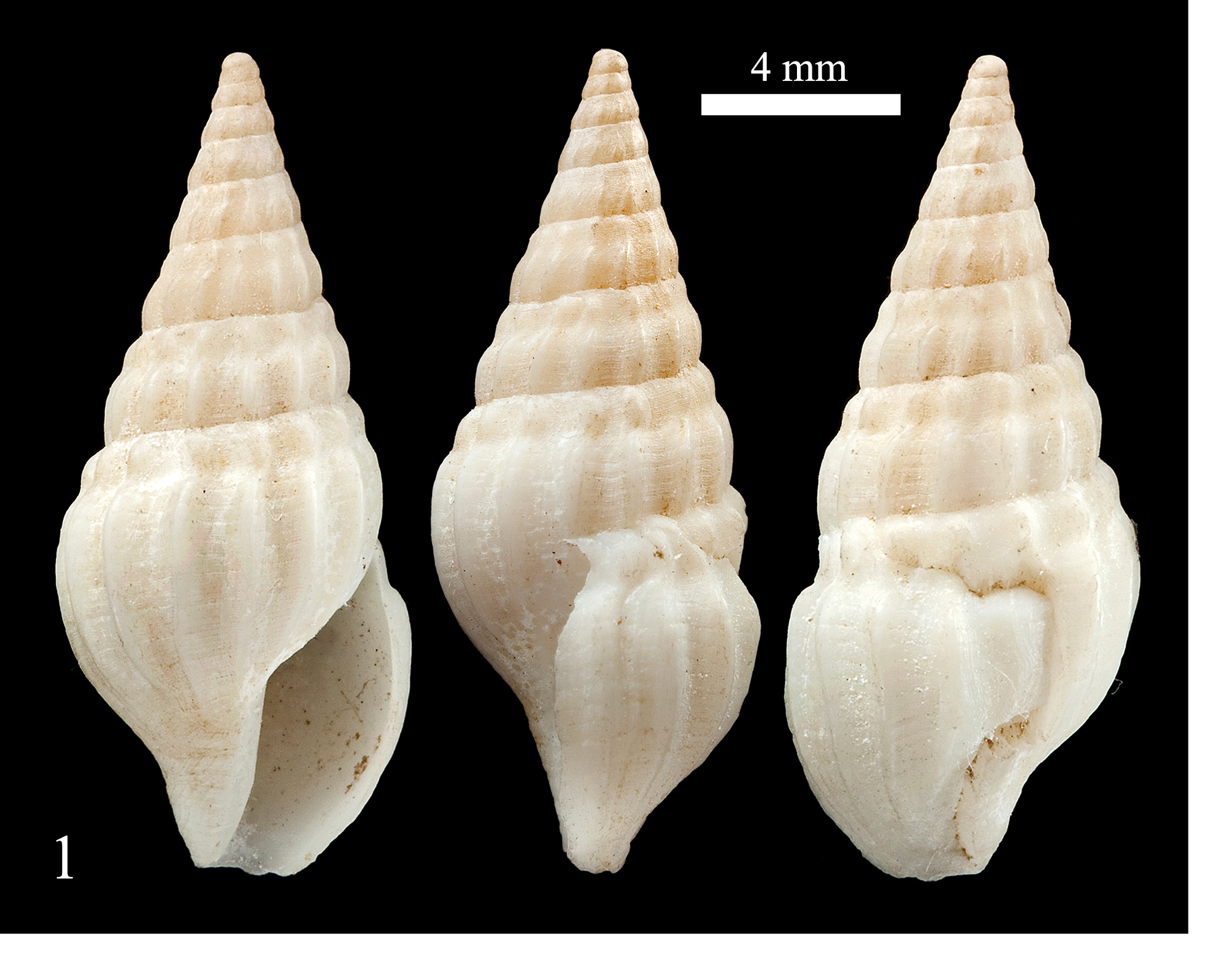