Remarks. Taxonomy. Fenimorea alba  has all the key characteristics of Fenimorea  : the typical shell surface microsculpture, a hump-like varix, and ribs that run from suture-to-suture on spire whorls but are significantly and abruptly changed in the sulcus. Variability. The eight measured specimens are an average of 17.38 mm in total length (14.3–21.2 mm), and an average W/ L ratio  of 0.400. Identification. Fenimorea alba  is similar to the following all-white congeners: F. nivalis  , new species, F. phasma (Schwengel, 1940)  , and F. marmarina (Watson, 1881)  . From F. nivalis  it differs in being larger, possessing ribs that are more convex, having a stouter shell, and a narrower inner lip. From F. phasma  it differs in being smaller. From F. marmarina  it differs in having narrower ribs with round, not ridged crests.

Etymology. The White Fenimorea  , named for the characteristic color of the species; alba  is the feminine form of the Latin adjective albus, meaning white. 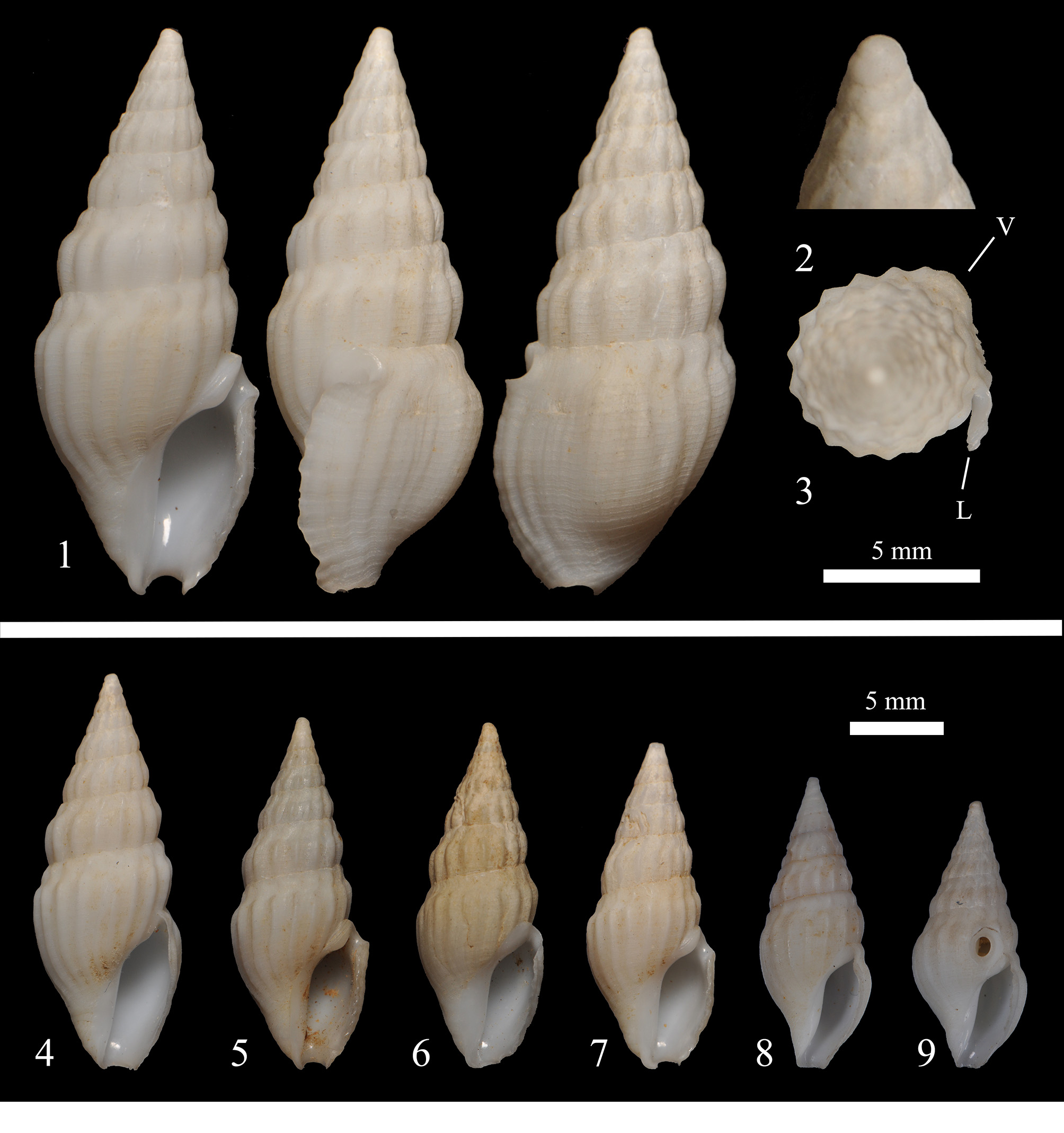