Range and habitat. Known only from the holotype.

Although based on only a single specimen, S. pusilla  is uniquely different; it does not fit any of the descriptions of similar species as explained above. Also, inasmuch as it is even less similar to other species of Syntomodrillia  in the western Caribbean (see Plate 184), and because of the limited range of most species in this genus, describing it as new is felt justified.

Etymology. The Tiny Syntomodrillia  , from the Latin adjective pusillus, feminine pusilla  , meaning tiny, so named because of its small size for the genus. 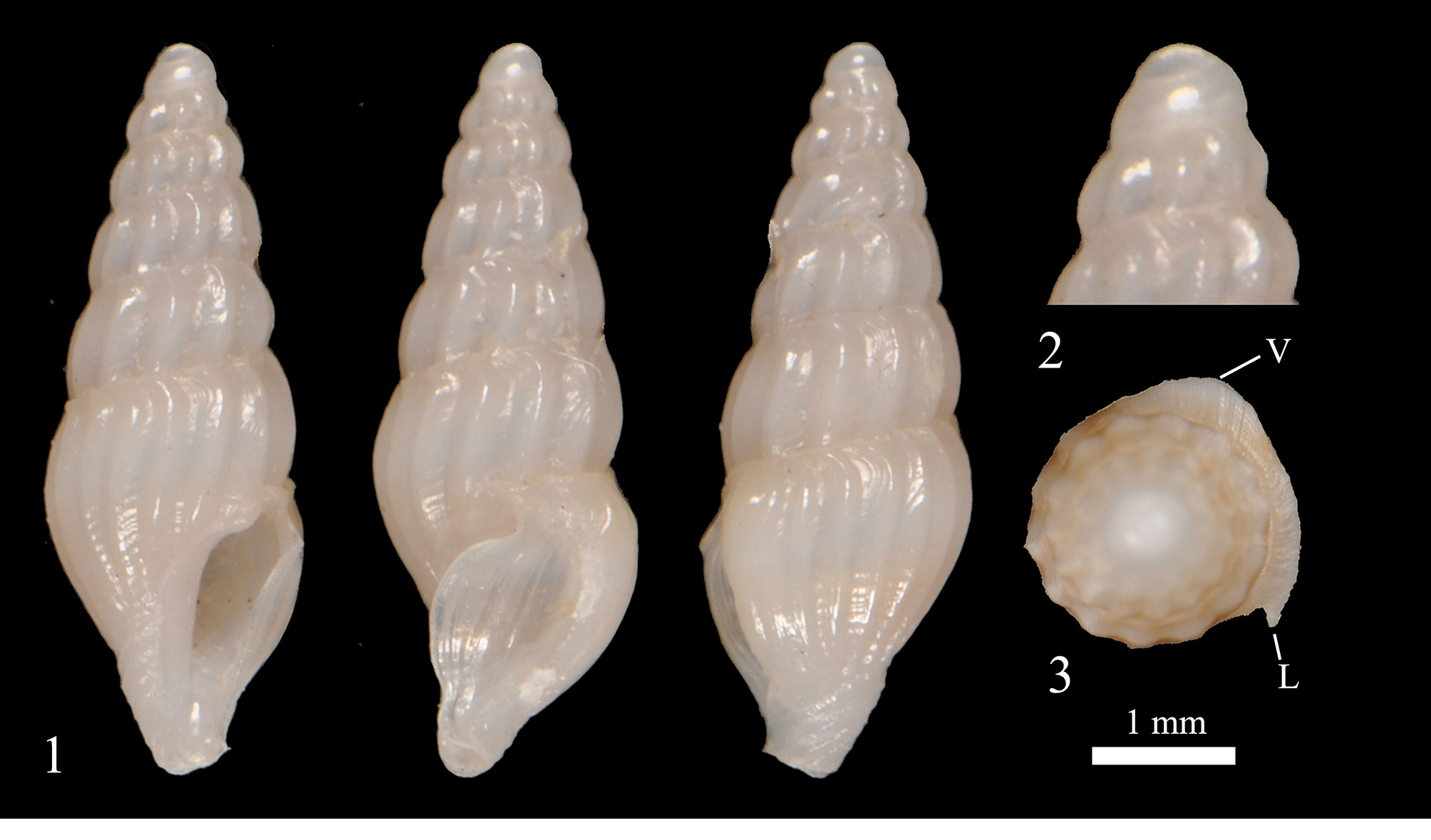