Description (based upon female 12mm, adult)

Antenna 2 about 1.2 times as long as antenna 1; flagellum 12 -articulate; peduncle article 4 clearly longer than article 5, article 5 as long as the three first articles in flagellum; calceoli absent on flagellum.

Mouthparts: Epistome and labrum weakly convex, labrum not in front of epistome.

Circum-arctic; the most recent Russian survey of the distribution of arctic amphipods ( Tzvetkova & Golikov 2001) recorded Onisimus barentsi   from the Barents, Kara and Chukchi Seas, and its synonym O. krassini   additionally from the Laptev and East Siberian Seas. Gurjanova (1962) reported this species also from the Bering and Ochotsk Seas, as well as from off Sakhalin and from the Japan Sea; for O. krassini   she gave records from the same area, but also including Korea. The species has never been recorded from Japanese waters ( Ishimaru 1994). In the western Palaearctic, there are records from Ungava Bay, Canada ( Dunbar 1954) and Point Barrow, Alaska ( Shoemaker 1955), as well as from the St Laurens estuary (cf Brunel et al. 1998). Dunbar (1954) concluded ‘It is probably a species of Pacific origin which has spread both east and west of the Bering Sea along the Siberian and North American coasts and it is to be expected that it will be taken in due course in Eastern Siberia and North America.’ This expectation has come true and Dunbar’s hypothesis seems still valid.

Little is known, although some Russian data may have been overlooked. Bryazgin (1997, sub O. krassini   ) collected the species from 94m on a clay and silt bottom, Gurjanova’s (1962) records from the NW Pacific are from 43–110m, but in the East-Siberian Sea the species has been collected from as shallow as 10m ( Golikov & Tzvetkova 1994). Dunbar recorded the species at three stations, from 12–120m depths, and Brunel (1970, sub Paronesimus, Brunel et al. 1998   ) collected material in the St Lawrence estuary between 20 and 180 m.

This species has not been reported from baited traps.

The only deviation from Lowry and Stoddart’s (1993) redescription of the holotype is the presence of 3 accessory setae on both the right and left mandible. Examination of the type material of O. krassini   in the Zoological Museum of St Petersburg revealed no observable differences between the two nominal taxa. Onisimus krassini   is hence considered as a junior synonym of O. barentsi   . 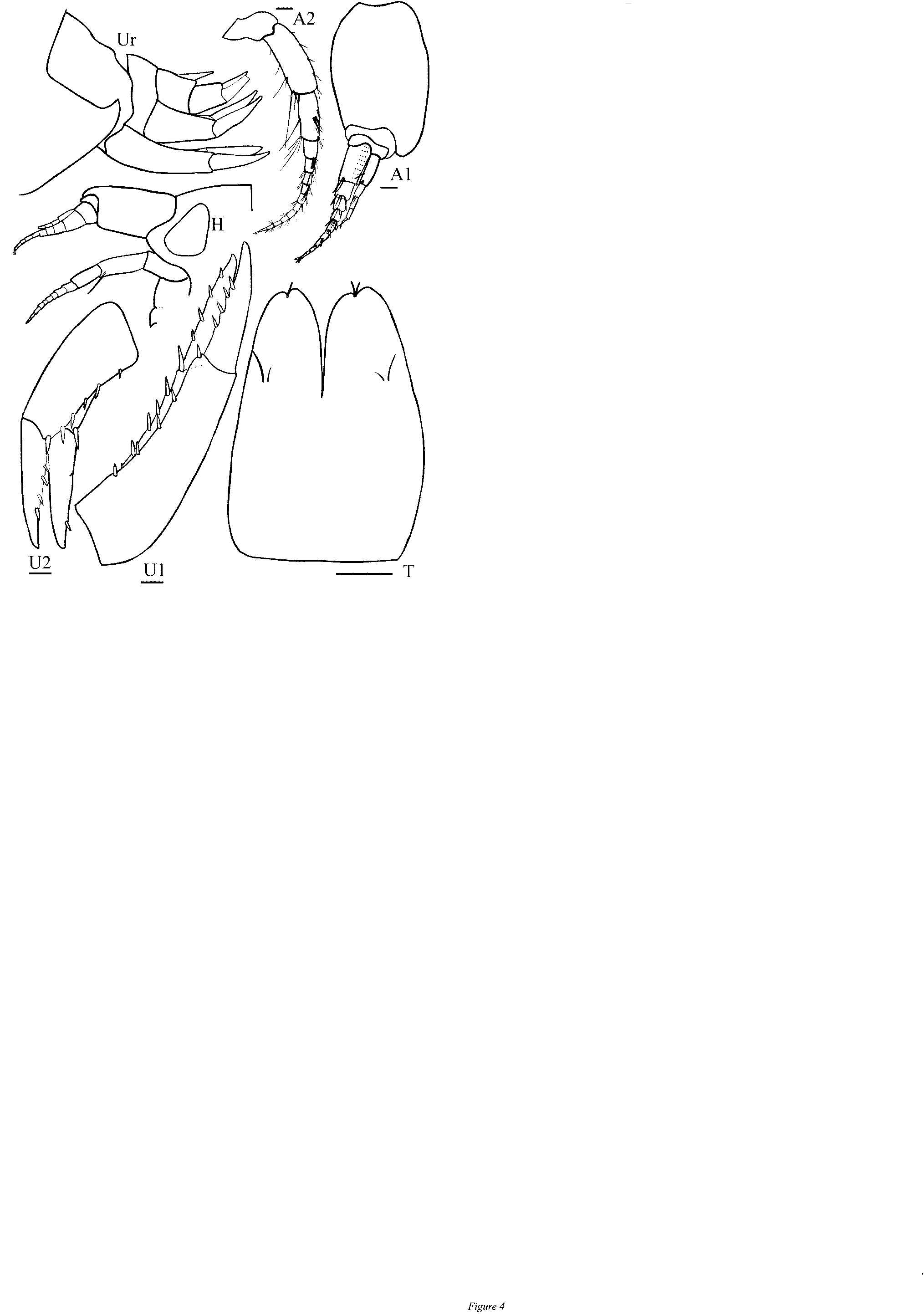