Etymology. The word ‘wambenger’ is in common local use in southwestern Western Australia for the Brushtailed Phascogale  . The name is listed by Dixon (1990; cited by Bindon & Chadwick 2002) as an ‘Australian Aboriginal Word in English’, and identified as ‘possibly Nyungar’ in origin. Bindon & Chadwick (2002) gave the transliteration wam-bing-ga, following the usage of Isaacs (n.d.) in a work evidently compiled prior to 1949. Isaacs’ source is not specified and there appear to be no earlier published records of the word. Bindon & Chadwick (2002) report two other Nyoongar words for 'squirrel'— kumining and comingcoming— either of which might be applicable to the Phascogale  which is the most ‘squirrel-like’ of the native mammals of the region.

Differs from P. t. kimberleyensis  in the following ways: externally, with lusher fur and generally darker dorsal colouration, grey-based ventral fur, much narrower zone of contrasting pale fur on inside of fore- and hind-limbs, preauricular patch rarely developed, relatively longer tail with more extensive furring of the base and longer ‘brush’, much larger pinnae, inner metatarsal pad smoothly united with first interdigital pad; cranially, larger in all dimensions but with proportionally broader foramen magnum, relatively shallower rostrum and proportionally smaller molars; genetically, with 5.7–7.8 % sequence divergence for cyt b from other populations.

Differences from P. p i r at a are listed under the account of that taxon (see below).

The dorsal fur is relatively dense and lush, the contour hairs measuring 11–12 mm in the centre of the back. The overall colour of the back and flanks is grey with a silvery frosting, this effect imparted by a combination of narrow white tipping on grey-based contour hairs. Abundant black-tipped guard hairs are distributed evenly over the body and project as much as 7 mm through the fur. The mid-dorsal zone is distinctly darker than the flanks owing to a more intense basal pigmentation.

The abdomen has a narrow, off-white central zone made up of pale cream hairs with short grey bases. This zone expands anteriorly to cover the pectoral region, and posteriorly, to surround the scrotum. The boundary between flank and ventral colouration is diffuse. The fore- and hind-limbs are grey externally but with a narrow zone of contrasting off-white fur extending along the inner surface. The scrotum is pigmented and thinly clothed in off-white fur. A narrow, elongate gular gland is evident as a zone of pigmented skin measuring 4 mm by 22 mm of the lower throat. The location of this gland is not marked by any obvious external discolouration of the fur, but hairs in this region have a russet tinge basally.

The fur on the head is essentially pale grey on the sides of the face and dark grey with diffuse frosting on the crown. Additional facial patterning includes a well-developed, dark russet mid-rostral stripe, a broad and indistinct, dark grey loreal stripe and small, black postorbital spot, and distinct off-white orbital crescents. The vibrissal pads are thinly clothed in short grey fur. The mystacial vibrissal papillae are darkly pigmented and all facial vibrissae are thick and black to the tips. The pinnae are extremely large, weakly pigmented and sparsely furred internally except along their anterior and posterior borders, which carry a narrow strip of short black hairs. The external surface of the pinna is clothed in short dark hairs.

The basal portion of the tail is thickly furred on all sides, and supports numerous projecting guard hairs, continuing the colour and texture of the rump ( Fig. 6View FIGURE 6). This narrows gradually and gives way to a short tail ‘stem’ that is clothed above and below by long, adpressed hairs; these are white with short black tips on the upper surface and sides of the stem, but are rich russet on the under-surface, blending forward into the base of the brush. The tail ‘brush’ is lush and measures up to 170 mm; it consists of jet black hairs. The basal portion of the tail (cloaca to the base of the brush) measures 85 mm.

The upper surface of the pes supports a mixture of white, dark grey and russet hairs, giving it an overall grizzled appearance. This merges into white fur on the sides of the foot and around the heel. The digits are densely clothed in white hairs. The plantar surface of the pes is granular and supports a total of five conspicuously striated pads. The inner metatarsal and first interdigital pads are fused with no obvious line of demarcation; their combined length is 13.1 mm. The outer metatarsal pad measures 7.4 mm and is separated by a gap of 3.9 mm from the fourth interdigital pad. The second to fourth interdigital pads are elongate and of subequal length.

The cranium of WAM 7674 is illustrated in Figure 19View FIGURE 19. Measurements of the holotype and summary statistics for available specimens of both sexes are provided in Table 5. Male-biased sexual dimorphism is present in SL, ZW and PRW ( Table 6). The lower canines of males are only slightly larger on average than those of females ( Table 5; Fig. 13View FIGURE 13). Comparison with the nomino-typical race indicates that this is a consequence of a lesser degree of canine enlargement in males combined with a greater degree of enlargement in females. Other notable features of the cranium are the relatively great width of the foramen magnum in both sexes (a feature shared with South Australian and Victorian P. t. tapoatafa  ) and the relatively large auditory bullae of females (also matched by females of the New South Wales and Queensland population of P. t. tapoatafa  ) ( Table 5).

Observed variation. Adults attain body weights to 222g for males and to 166g for females (Rhind 2002). External measurements taken from museum specimen records are summarised in Table 4. The ratio of average body weight for adult males and females, measured in each of two years, was 1.24 and 1.44 ( Rhind & Bradley 2002).

Ventral colouration varies somewhat among the material examined; some individuals (e.g., CM 6810, WAM 16027View Materials) have a broad off-white to cream zone on the abdomen and extensive cream fur on the inside of the limbs, while others have less extensive pale wash on the chest and throat (e.g., WAM 2839, WAM 5006). One specimen ( WAM 888) has poorly-developed cream-tipped preauricular patches; another ( WAM 2839) lacks any darkening of the mid-dorsal fur.

The outer metatarsal pad is variable in length; the longest measured ( WAM 16027View Materials) is 9.1 mm, separated by 2.2 mm from the fourth interdigital pad. The pinnae on one specimen ( WAM 2839) are more heavily pigmented.

Taxonomic remarks. Rhind et al. (2001) identified some of the diagnostic cranial differences between southwestern and southeastern P. tapoatafa  and recommended that they be recognised as distinct taxa. The same view was expressed by Spencer et al. (2001), based on the combined genetic and morphological evidence; however, their estimate of genetic divergence for cyt b was inflated, owing to a local sequence misalignment at position 322 ( Spencer et al. 2001: Fig. 1View FIGURE 1. A).

Former and present distribution. Phascogale t. wambenger  was recorded historically from a wide region of southwestern Western Australia, from Lake Hinds in the north, to Kalgan in the southeast ( Fig. 20View FIGURE 20). This broad distribution implies that the species once occupied a variety of different habitat types ranging from closed forest to open woodland. Surviving populations are largely restricted to forests dominated by jarrah ( Eucalyptus marginata  ) ( Rhind 2004).

The Lake Hinds record and one from Nukarni represent significant inland outliers among the historical records. However, sub-fossil records indicate an even broader range in late prehistoric or early historic times, extending to the vicinity of Geraldton in the north and to the southern edge of the Nullarbor Plain in the east ( Lundelius & Turnbull 1973, 1978; Baynes 1987; see Fig. 20View FIGURE 20 & Table 9). These records raise the possibility that P. t. wambenger  formerly occupied much of the West Australian ‘wheatbelt’ and was thus broadly sympatric with P. calura  . Phascogale tapoatafa  is not represented in more northerly sub-fossil localities in the Carnarvon Basin ( Baynes 2000) or on Cape Range Peninsula ( Baynes & Jones 1993).

On a more general note, these widely distributed historical and sub-fossil records also point to an early and catastrophic historical decline of this species across much of its range, perhaps leaving only the most resilient local populations to persist, albeit tenuously, through to the commencement of systematic faunal survey and collection during the early decades of the 20 th century. In this regard, it is interesting to note Leake’s (1962: 51) statement that this species was often seen in the Kellerberrin district in the wheatbelt of Western Australia but, 'like other native animals, it disappeared in the nineties of the last [19 th] century'. 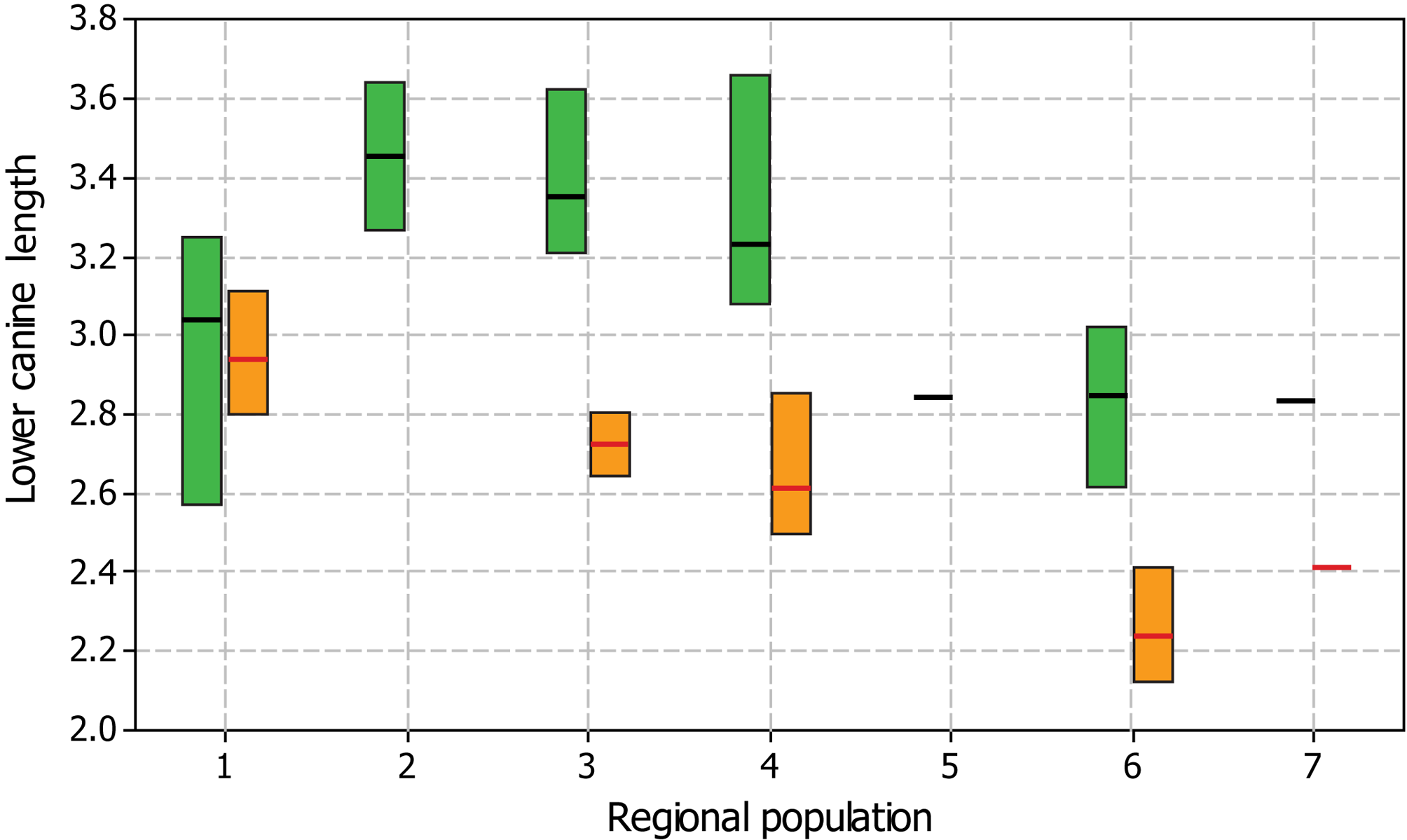 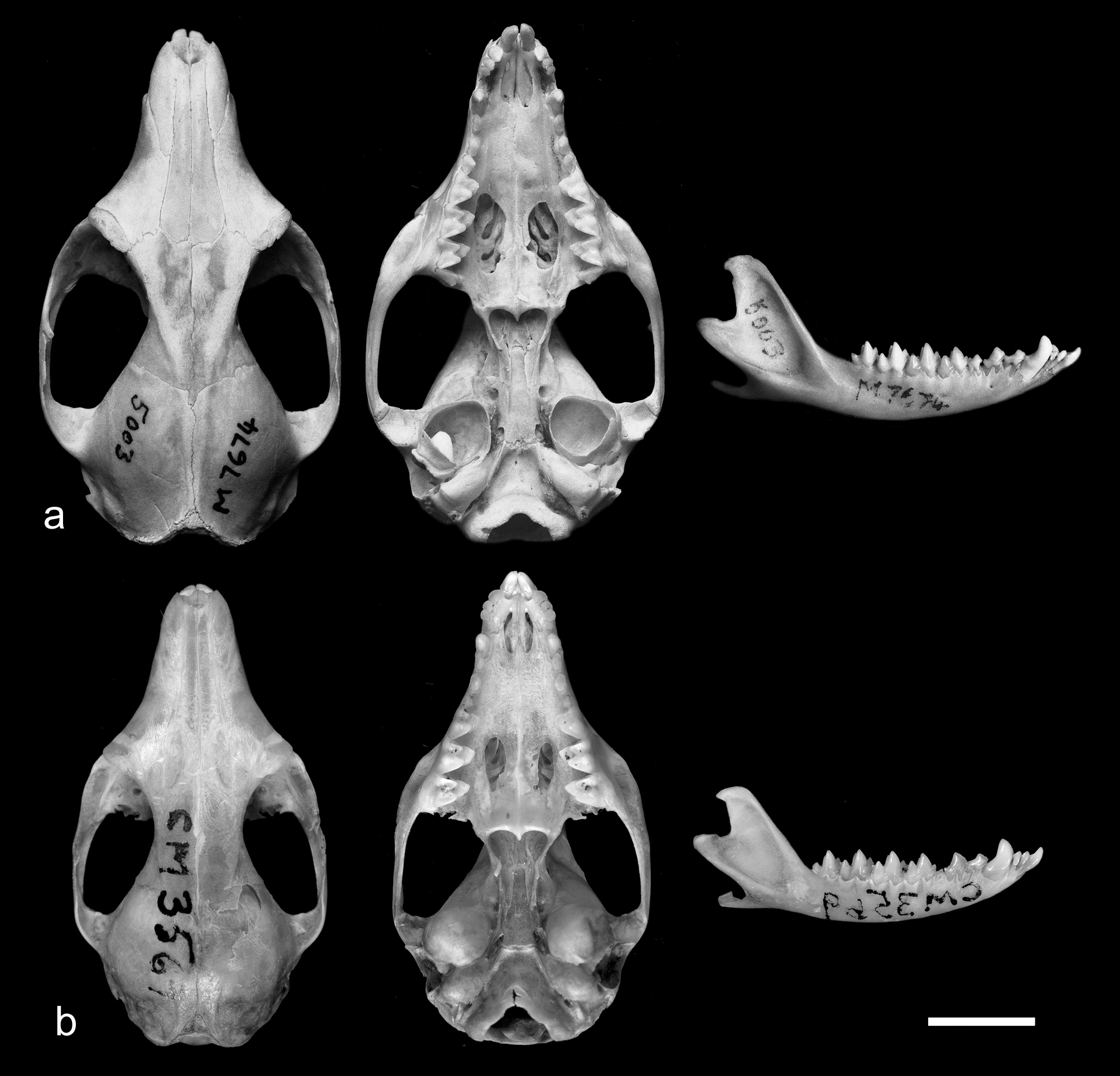