Abdomen. Dorsally covered in its basal half with a dense brown fluff. Yellow distal half with a median brown punctuation on each tergites. Ventrally whitish with round spots on the axis of the body and sides. They are yellowish white bordered by brown.

Male Genitalia. Uncus fairly narrow and tapering, curved ventrally and covered by many setae. Tegumen quite short with two bulges at the level of insertion with the uncus. Narrow and symmetrical long valvae. The tip is very broad, rounded and has a deep notch in the center. External edge concave. At the base of the internal margin of each of the valvae, presence of a large process, spinose only at the tip, reaching the base of the uncus. Vinculum very narrow with a weak saccus characterized by a strong rectangular notch on its median axis. Juxta bilobed, sclerotized. The tip of the two lobes delimits a central ovoid space. Aedeagus fairly short and thick, rectilinear but curved towards the caecum penis. The latter is very short. Vesica ample with four main lobes covered with spiny papillae. Presence of medium well-sclerotized cornutus.

Etymology. The specific epithet sharki  refers to the shape of the shark tooth patch of the median band of the forewings, the most discriminating character of the habitus with the close species L. baorucoensis  .

Distribution. Lophocampa sharki  n. sp. is only known from the southern slope of the Sierra de Bahoruco, not far from the southern boundary of the Pinus  forest which likely constitutes the habitat of this species. 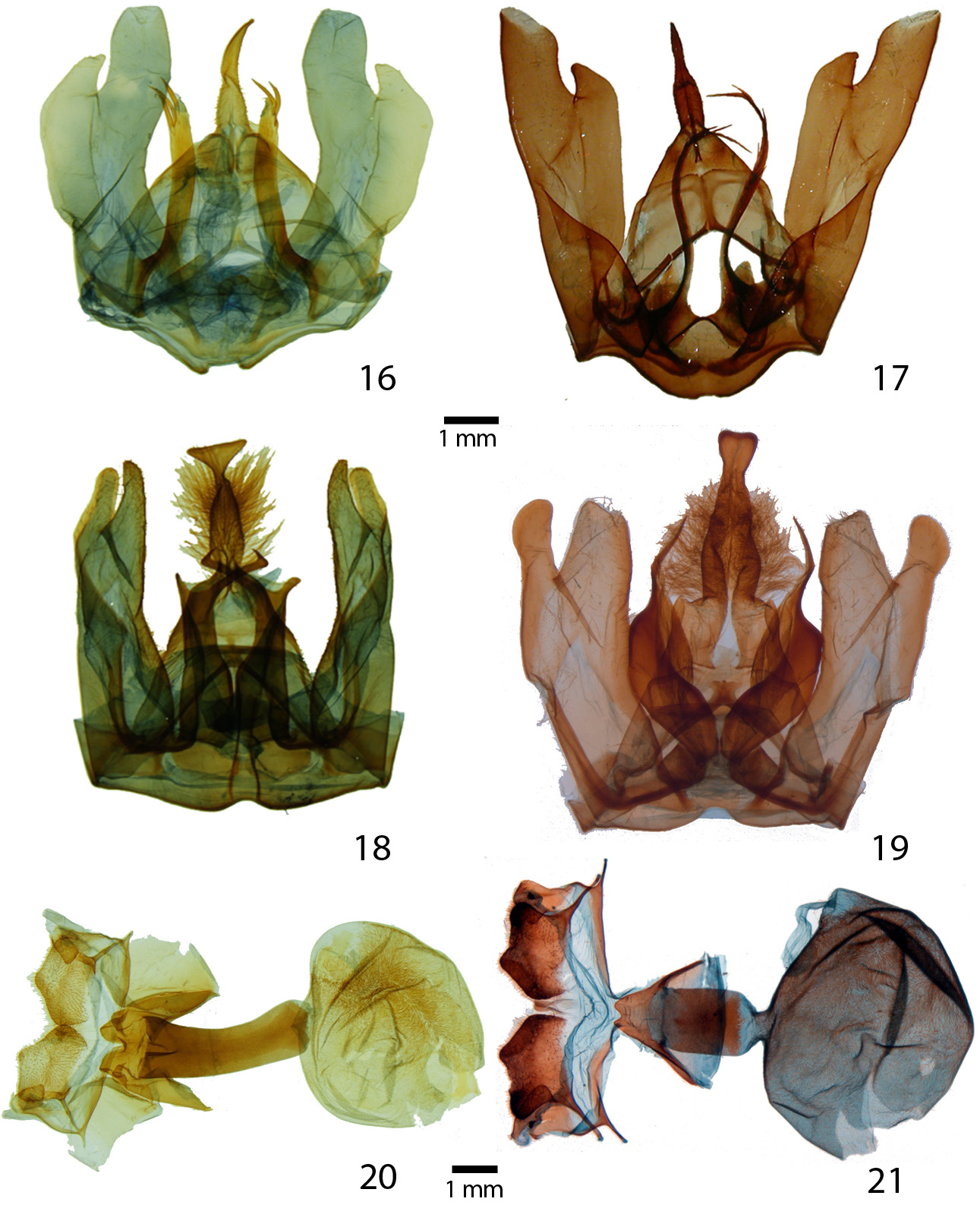