Comments. This new brachypterous species is not at all similar to either the brachypterous species ( I. taiaroaensis  ) from New Zealand, or to the other macropterous species. It differs from all the species by the following combination of characters: pronotum rectangular, 1.8 × as long as mesoscutum; mesoscutum transverse, 4.6 × as broad as long; frontovertex with deep, circular, setigerous punctures, each separated by about its own diameter from others; pronotum, mesoscutum and scutellum with similar setigerous punctures, separated by slightly more than their own diameters, and those on scutellum arranged in 10 longitudinal lines; fore wing short, subtriangular, with apex reaching to basal third of TI of gaster; antenna with scape flattened, 1.5 × as long as broad; funicle segments transverse, F 2 onwards with eccentric articulation; first segment of clava distinctly separated from second segment; head, pronotum, mesonotum and gaster densely setose; tibiae of all legs with long, bristlelike setae, each arising from a small tubercle. 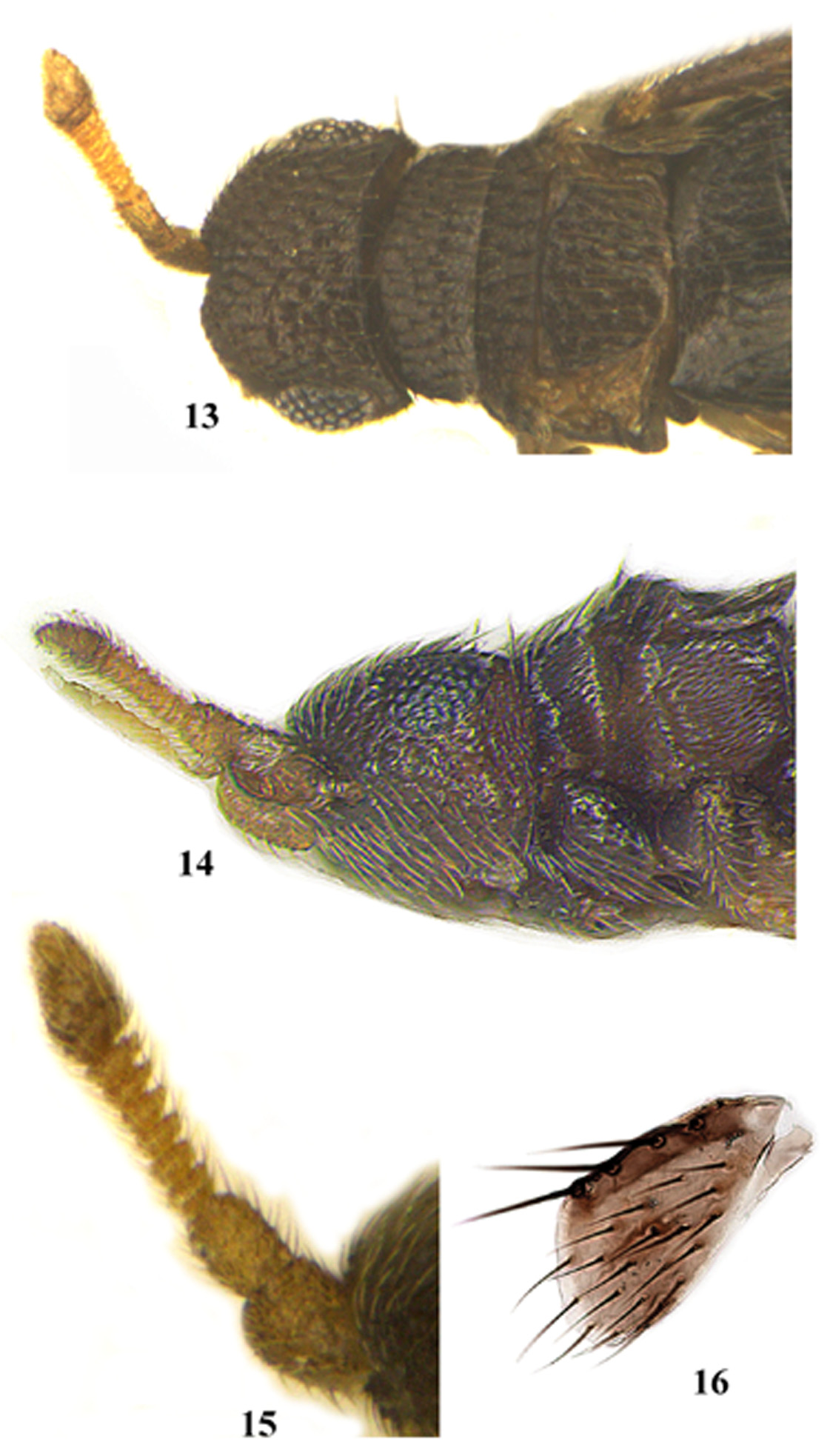