Diagnosis. This species differs from all known congeners by the shape of the male genitalia sclerite and by the median lobes of the subgenital plate being nearly as long as the lateral lobes, surpassing the middle of the lateral lobe.

Etymology. The new species is named after the type locality, Brunei Darussalam. This species also represents the first species of Stictophaula described from the country. 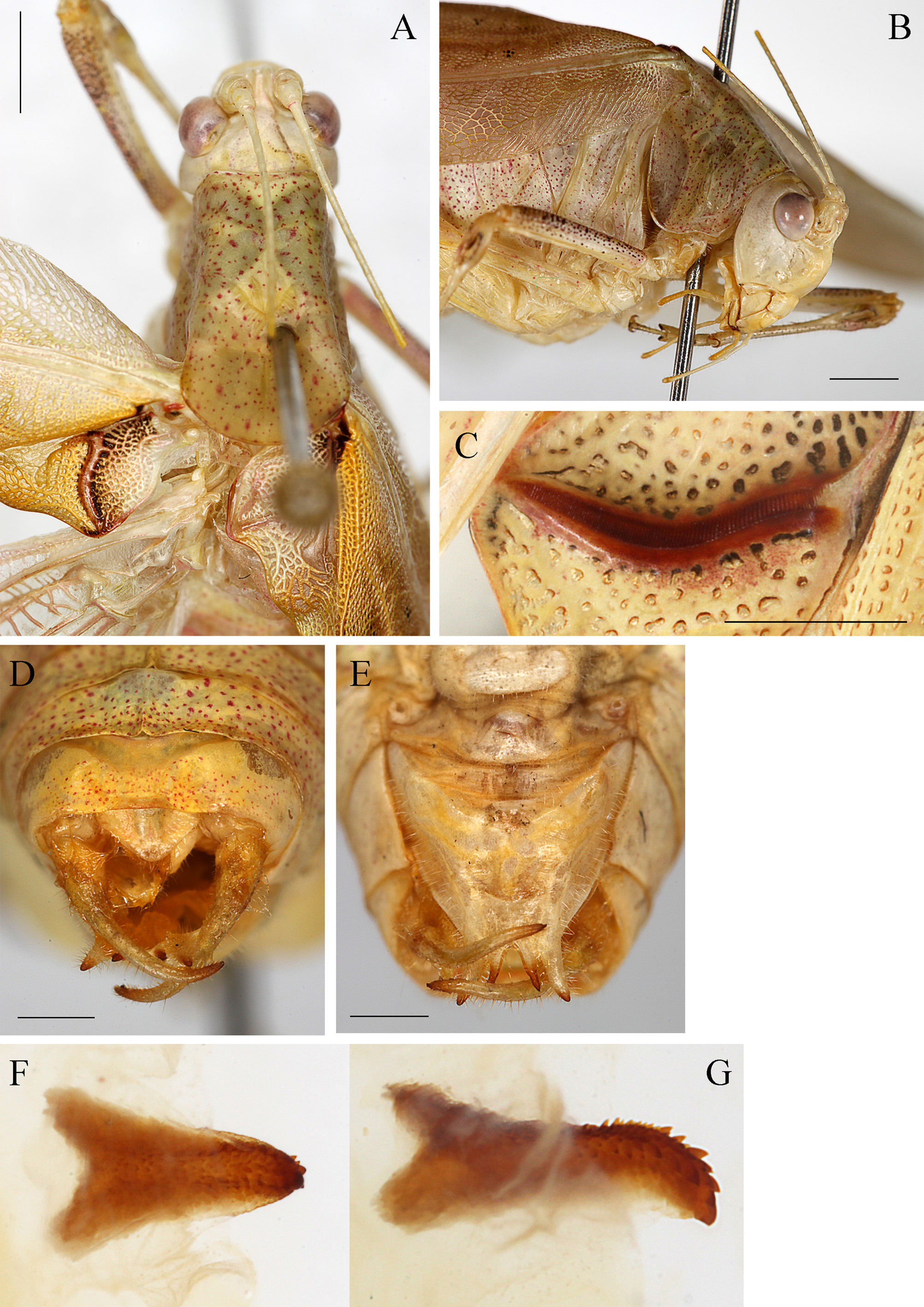