Material examined here has been identified as Obelia microtheca Fraser, 1938a by virtue of having the following combination of characters: (1) colonies small (1 cm high or less), erect, unbranched or mostly so, with sympodial growth; (2) hydrocaulus monosiphonic and only slightly geniculate, divided into internodes; (3) cauline internodes annulated proximally and with alternate apophyses distally; (4) hydrothecal pedicels exceptionally long, annulated either proximally and distally or throughout; (5) hydrothecae small (ca. 0.2 mm deep), funnel-shaped, with depth and diameter at margin essentially equal, walls nearly straight, margin entire; and (6) gonothecae cone-shaped with a terminal collar, axillary in position, arising from proximal ends of hydrothecal pedicels, walls smooth. Hydrothecal pedicels in present material were exceptionally long ( Figure 6a, b View Figure 6 ), but otherwise specimens corresponded with the brief original description of O. microtheca by Fraser (1938a). While considered conspecific with O. dichotoma ( Linnaeus, 1758) in some earlier works ( Cornelius 1975, 1982; Calder 1991), the species was recognised as valid by Calder et al. (2021) and earlier provisionally so by Calder et al. (2009).

Hydroids from Cocos Island were largely indistinguishable from the lectotype colony of O . microtheca (British Columbia Provincial Museum 976–00437-002) from Santa Elena Bay , Ecuador, and from specimens identified as the species from the same region by Calder et al. (2021) . While hydrothecal pedicels reached a greater length in material examined here, the difference is not considered taxonomically significant.

Obelia microtheca is a little-known species, originally described from Santa Elena Bay, Ecuador ( Fraser 1938a). Subsequent records of it have come from Independencia Bay, Peru, La Libertad, Ecuador, and the Pacific coast of Panama ( Fraser 1938c), and it was one of the commonest species of hydroids in a study of fouling organisms from coastal Ecuador by Calder et al. (2021). It was not found in samples from the Galápagos Islands as part of the same study. 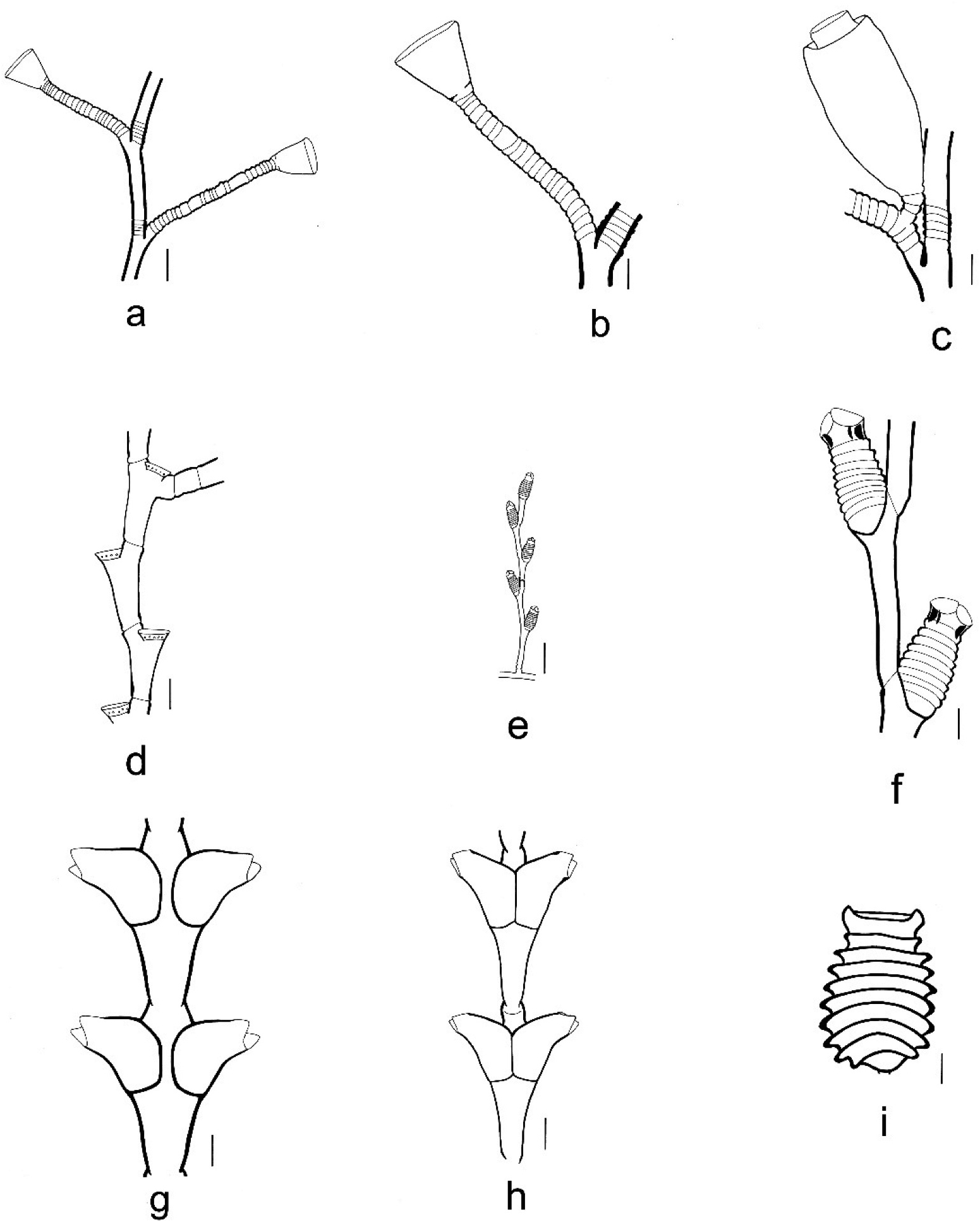