This hydroid has been widely reported across shallow tropical marine waters of the world, mostly as Lafoeina amirantensis ( Millard and Bouillon, 1973) . It was linked to the medusa Cirrholovenia tetranema Kramp, 1959 in life cycle studies by Migotto and Cabral (2005). Brinckmann (1965) had raised the polyp stage of the medusa even before the hydroid was described and named by Millard and Bouillon (1973). However, no nematothecae were observed on the hydrorhiza of her hydroids and she considered it to be referable to Cuspidella Hincks, 1866 . Moreira (1975) also undertook life cycle studies on the species by rearing planulae from known medusae, but did not attempt an identification of the polyp stage.

Cirrholovenia tetranema is a minute hydrozoan, with hydroids less than 0.5 mm high and medusae reaching 1.5 mm high and wide ( Kramp 1961, 1968). Originally described from medusae collected in the Tropical Western Pacific ( Solomon Islands, Strait of Malacca, Gulf of Thailand, the Philippines and Indonesia) ( Kramp 1959), both stages of the species have now been reported from warm waters of the Atlantic, Pacific and Indian oceans ( Migotto and Cabral 2005). In the Tropical Eastern Pacific, the hydroid has been reported from the Galápagos Islands and from the coast of mainland Ecuador ( Calder et al. 2003, as L. amirantensis ; 2019, 2021). Its range is extended here to Cocos Island, and it will likely be found elsewhere in the region. The medusa has yet to be reported from the Eastern Pacific.

In concert with its status in the Galapagos Islands ( Carlton et al. 2019), we treat C. tetranema as cryptogenic on Cocos Island. 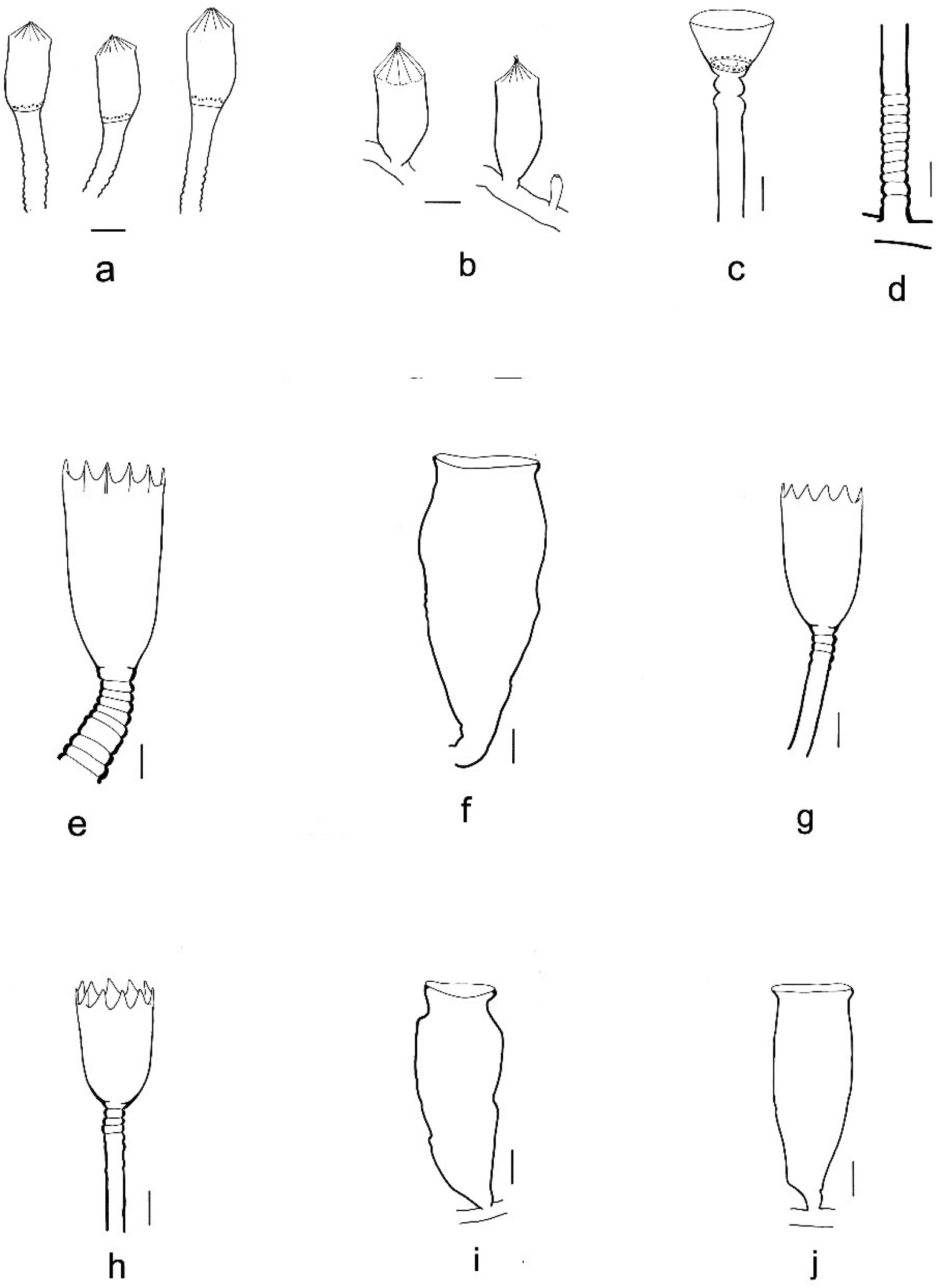