Etymology. Latin inornata, meaning unornamented, referring to the uniform palms of the gnathopods in both sexes.

Distribution. Currently known only from the type locality.

Discussion. Photis inornatus sp.nov. is unique amongst world Photis species in having unornamented palms on gnathopods 1–2 in both sexes. It also differs from other North Atlantic species in having antennae equal in length to the body

Photis inornatus was found to be restricted to the Haploops muddy habitat, while other similar sedimentary environments were prospected (Table 1). Within this former habitat, it was present in most sampled stations at densities ranging between 0 and 125 ind.m - 2. Over the year, it was only absent during winter samples (February 2010). Conversely, P. longicaudata was reported in all habitats investigated in the bay of Concarneau, indicated that both species may live in sympatry. It is also hypothesized here a close relationship between Haploops nirae and P. i n o rnatus, either directly due to inter-specific relationships or indirectly due to the special features created by Haploops tube mats.

A key to the European Atlantic species of Photis is provided below. 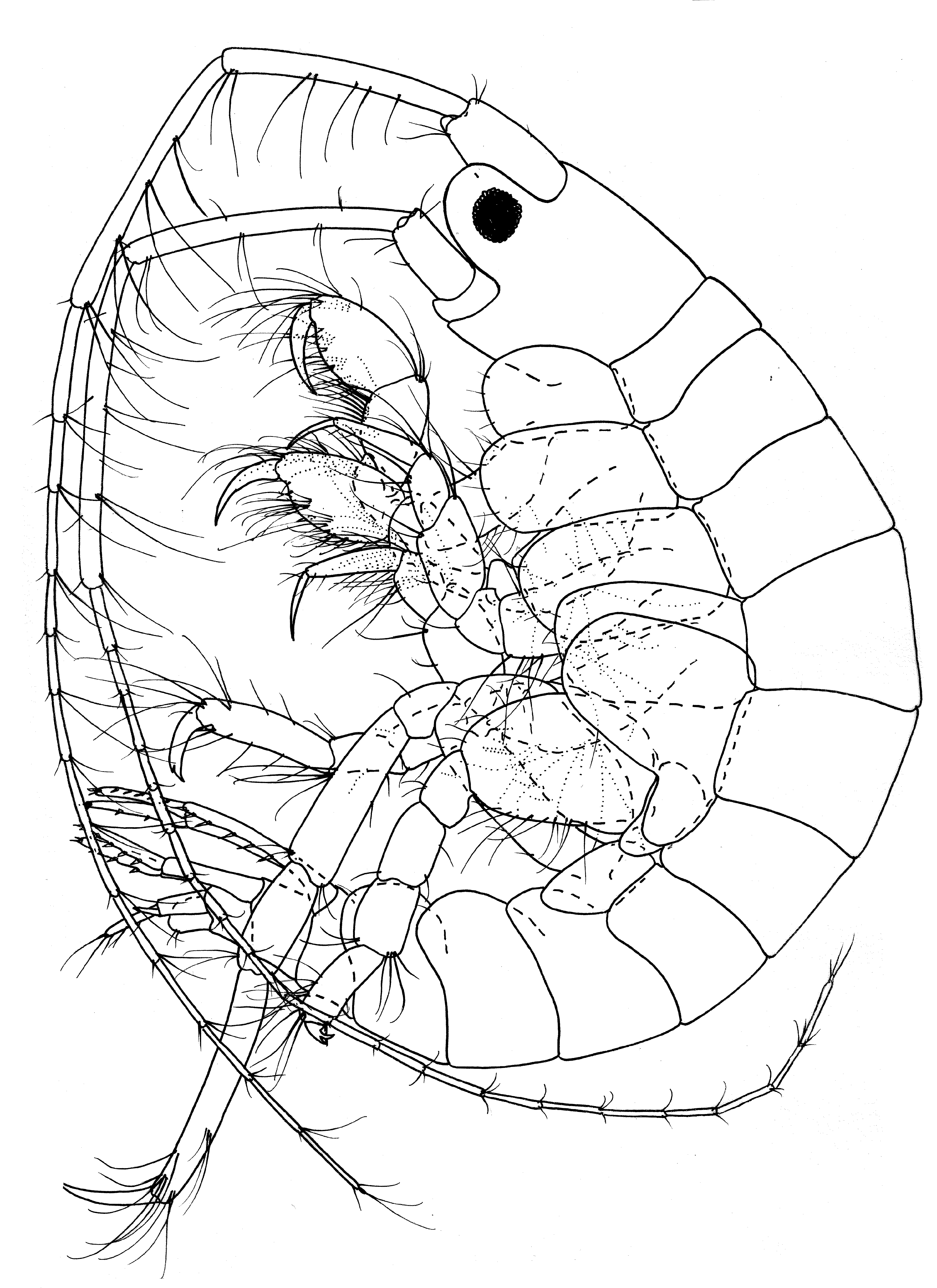 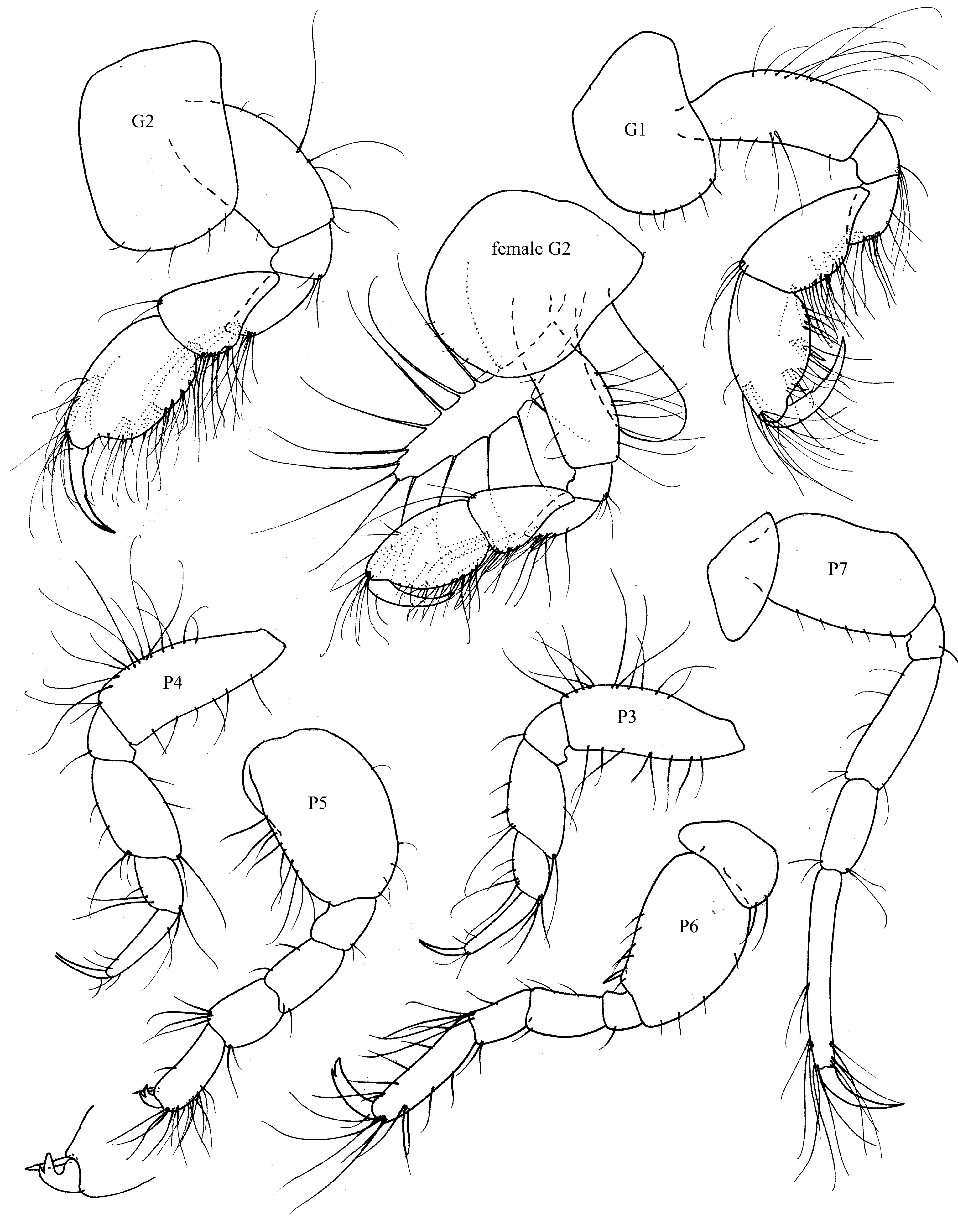 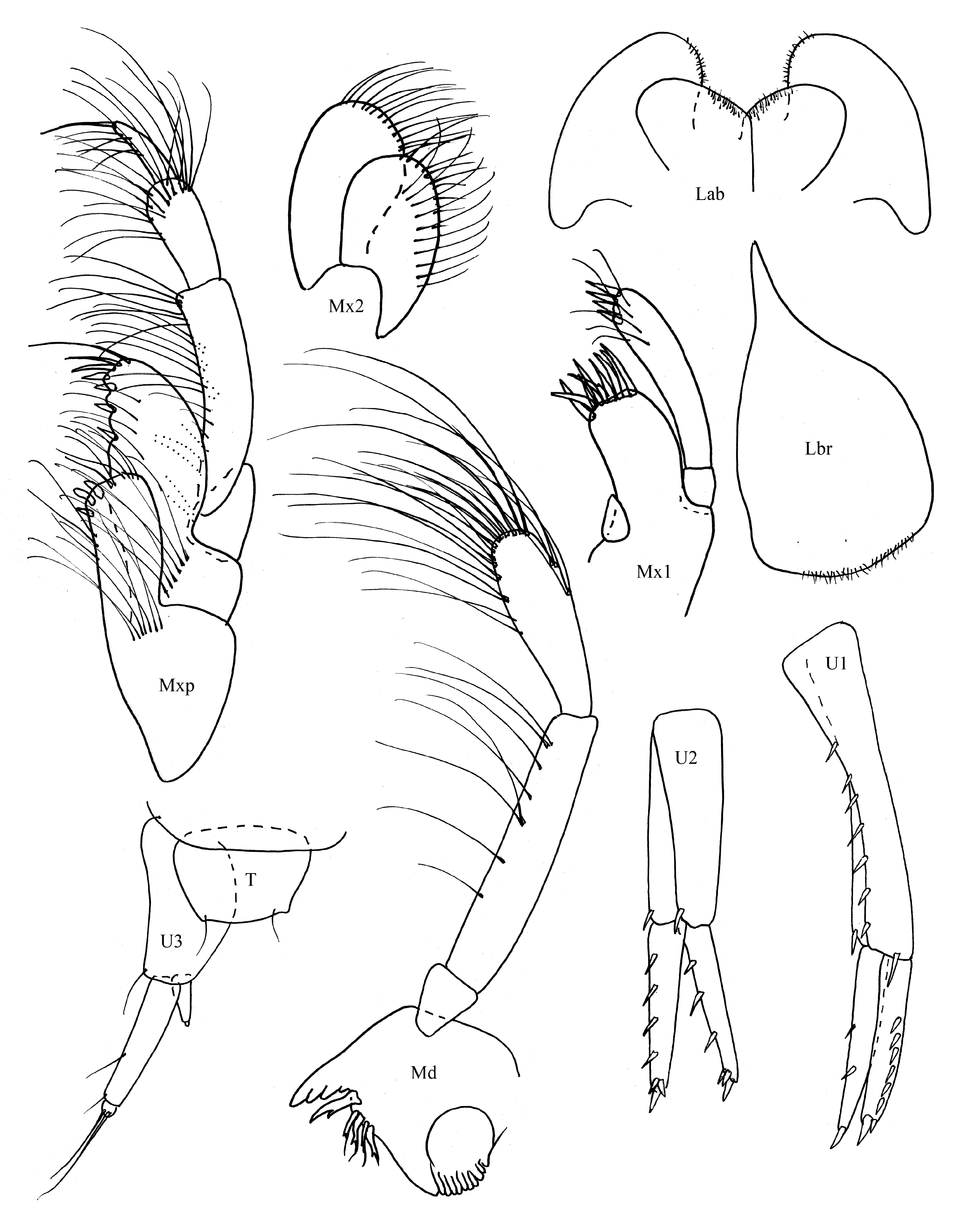