Diagnosis. Species of Tajikacelis with a slightly recurved stylet, 37–41 μm long (N=2), with a straight proximal opening 16–17 μm wide, with a slit-like oblique terminal opening and ending into a sharp point. With elongate seminal vesicles. Six testes in a row in front the ovaries. Neither widened female duct nor a vagina were seen in the living the animal.

Material studied. Two whole mounts, one of them designated as holotype ( FNMH http://id.luomus.fi/KV.667), the other as paratype ( CZM830 ). Micrographs of the living animal .

Etymology. the species name refers to its sharply pointed stylet. 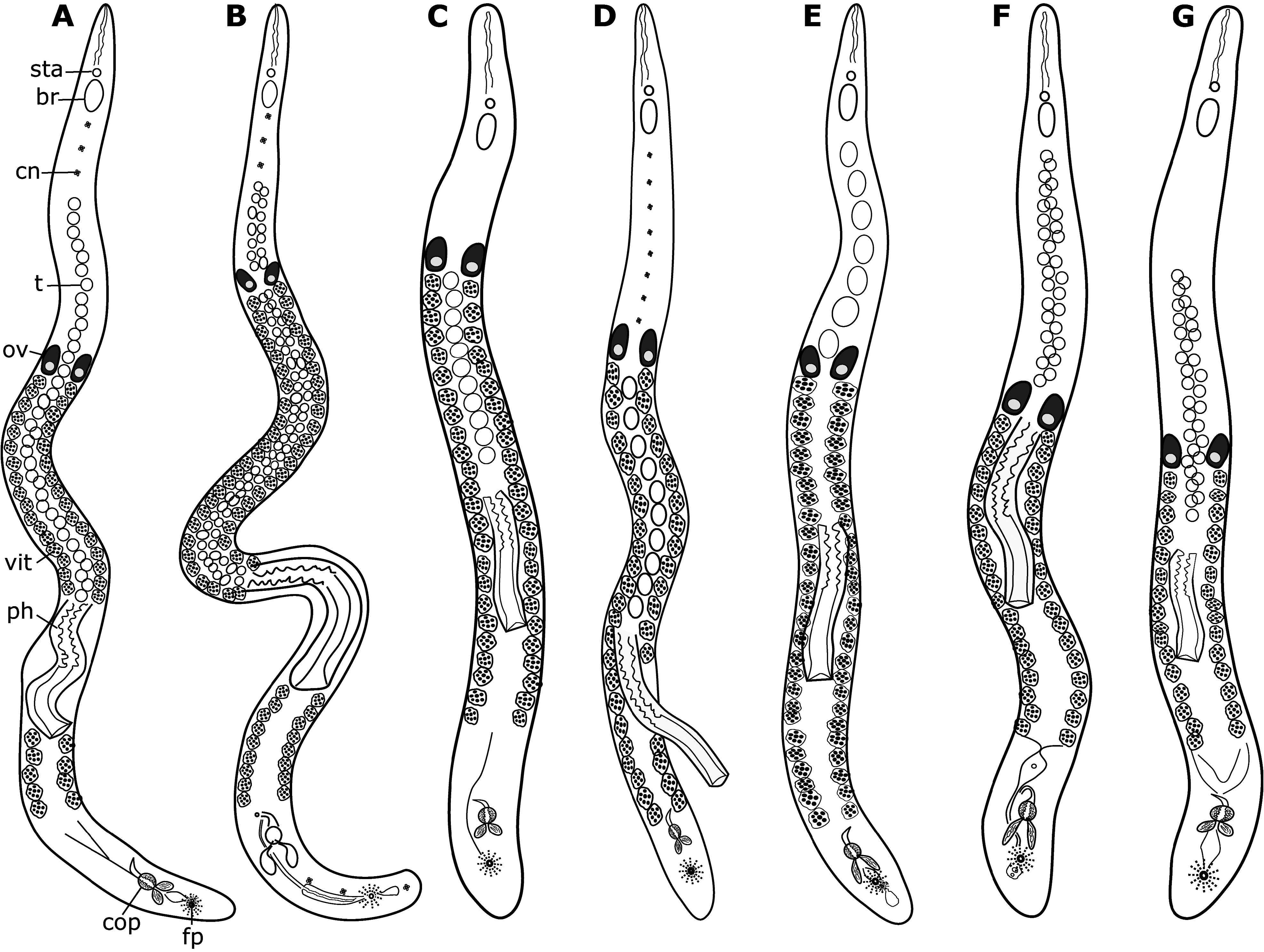 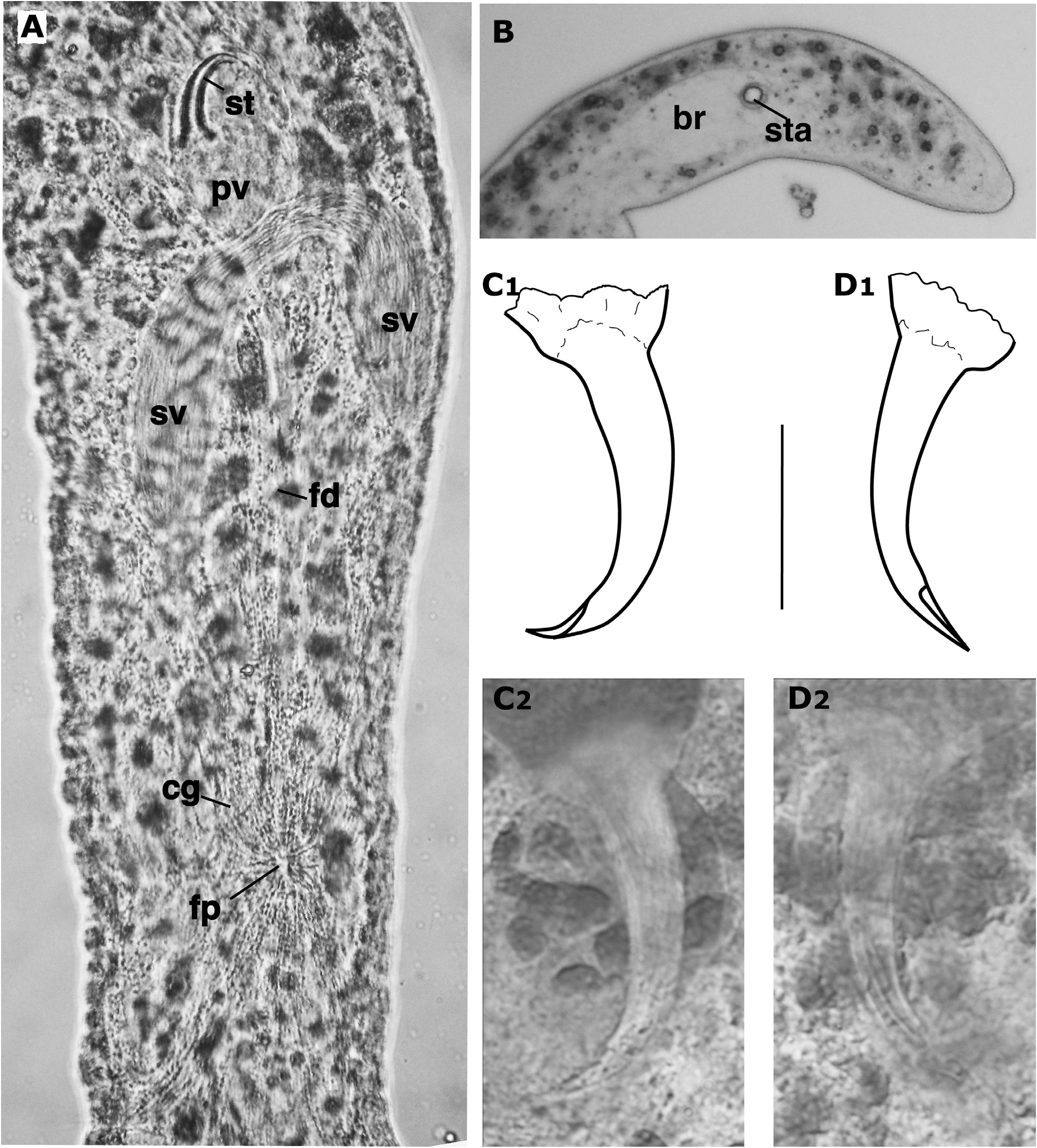 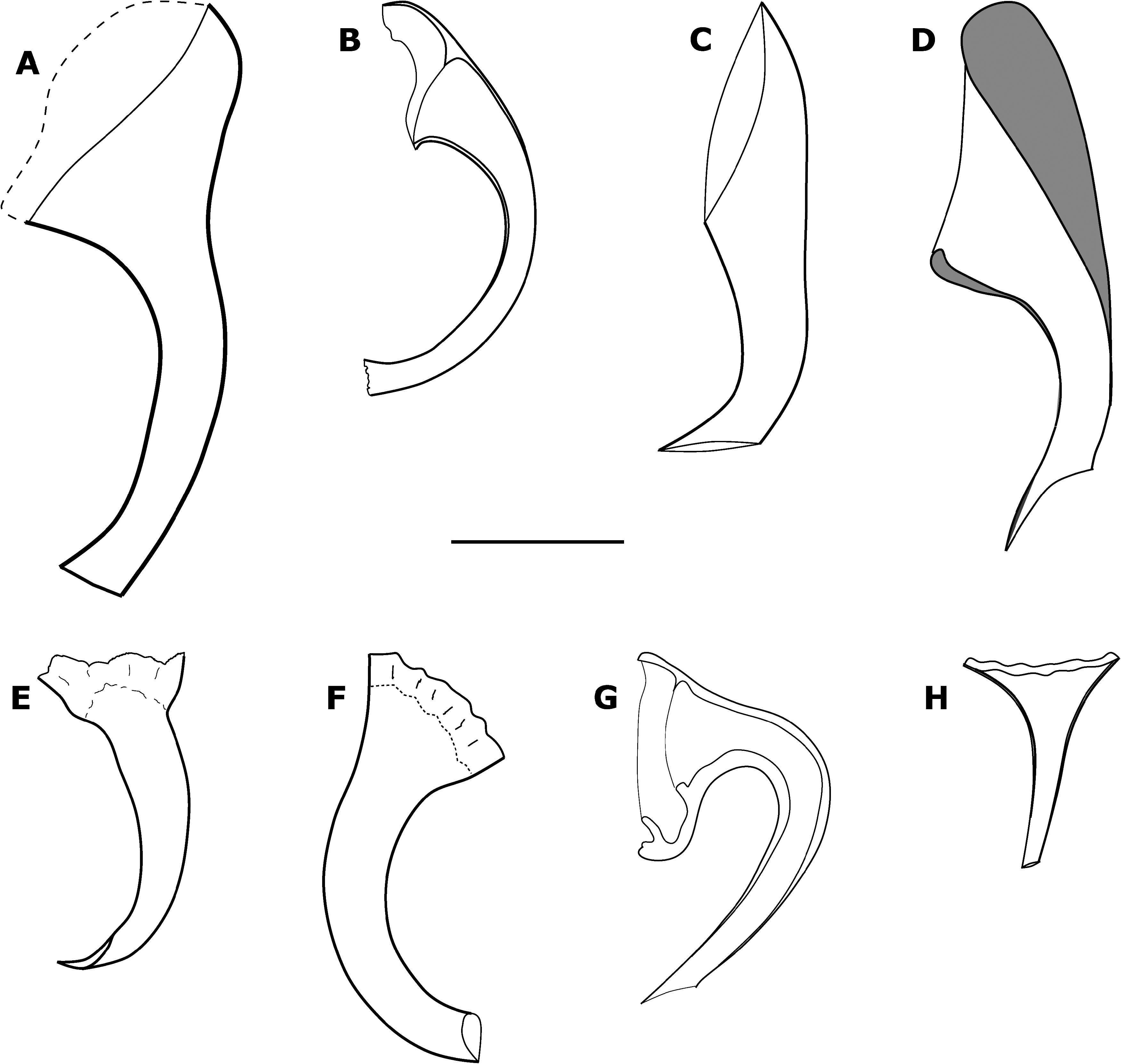 FIGURE 10. The copulatory stylets in the holotypes of the species of Tajikacelis n. gen. (scale bar = 20 µm).