Discussion: Fasciolaria tephrina   shares many characters with its congeners, warranting its inclusion in the genus. The general shape of the shell is similar to other Fasciolaria   . The columellar plications agree in number and position; the subsutural grooves, labial denticles, and internal lirae are present in other tropical western Atlantic species. The large deviated protoconch (i.e. the protoconch coiling axis forms roughly a right angle with that of the teleoconch) is not typical of other West Atlantic species, but this type of protoconch is also present in the African F. rutila   ( figs. 11 View FIGURES 6­11. 6­7 , 12 View FIGURE 12 ).

Fasciolaria tulipa   ( figs. 9, 10 View FIGURES 6­11. 6­7 ) and F. hollisteri   ( Weisbord, 1962: pl. 31, fig. 1­2) have mottled color pattern of dark brown and cream with several dark spiral lines, their surfaces are sculptured with spiral grooves, and the subsutural grooves are much deeper and wider. The whorls of F. tulipa   and F. holisteri   are less convex, their apertures more elongate and their siphonal canals shorter (approximately 15 % of total shell length). The protoconch ( fig. 10 View FIGURES 6­11. 6­7 ) of F. tulipa   and F. hollisteri   are mammilated and much smaller (approximately 2.5 mm in height) than that of F. tephrina   .

Fasciolaria lilium lilium   ( figs. 7, 8 View FIGURES 6­11. 6­7 ), F. lilium hunteria   and F. bullisi   are somewhat smaller (approx. 65 – 130 mm in length) and have color patterns of a few dark brown lines over a mottled background of cream and light brown (see Abbott, 1974: p. 228, fig. 2505 and plt. 10, figs. 2501, 2502), their surfaces are smooth and lack the subsutural spiral grooves but have a few obsolete spiral cords over the siphonal canal. The whorls of F. lilium lilium   , F. lilium hunteria   and F.bullisi   are less convex, their apertures more elongate and their siphonal canals shorter (15 – 19 % of total shell length). Internally the apertures of F. lilium lilium   , F. lilium hunteria   and F. bullisi   have a low keel at the posterior part of their parietal walls, also the columellar plications are visible at their apertures. Their protoconch ( fig. 8 View FIGURES 6­11. 6­7 ) are smaller (approximately 3 mm in height) and mammilated.

Fasciolaria insularis   is much smaller (25 – 28 mm in length), the shell surface is tessellate with numerous raised thin spiral cords, crossed by thin ribs, the siphonal canal is much shorter, and the protoconch is much smaller and cylindrical ( Fernández, 1977: 28, figs. 1­2) than that of F. tephrina   .

Etymology: This species is named for its ashen white coloration, from the Greek tephrinos that means ash­colored. 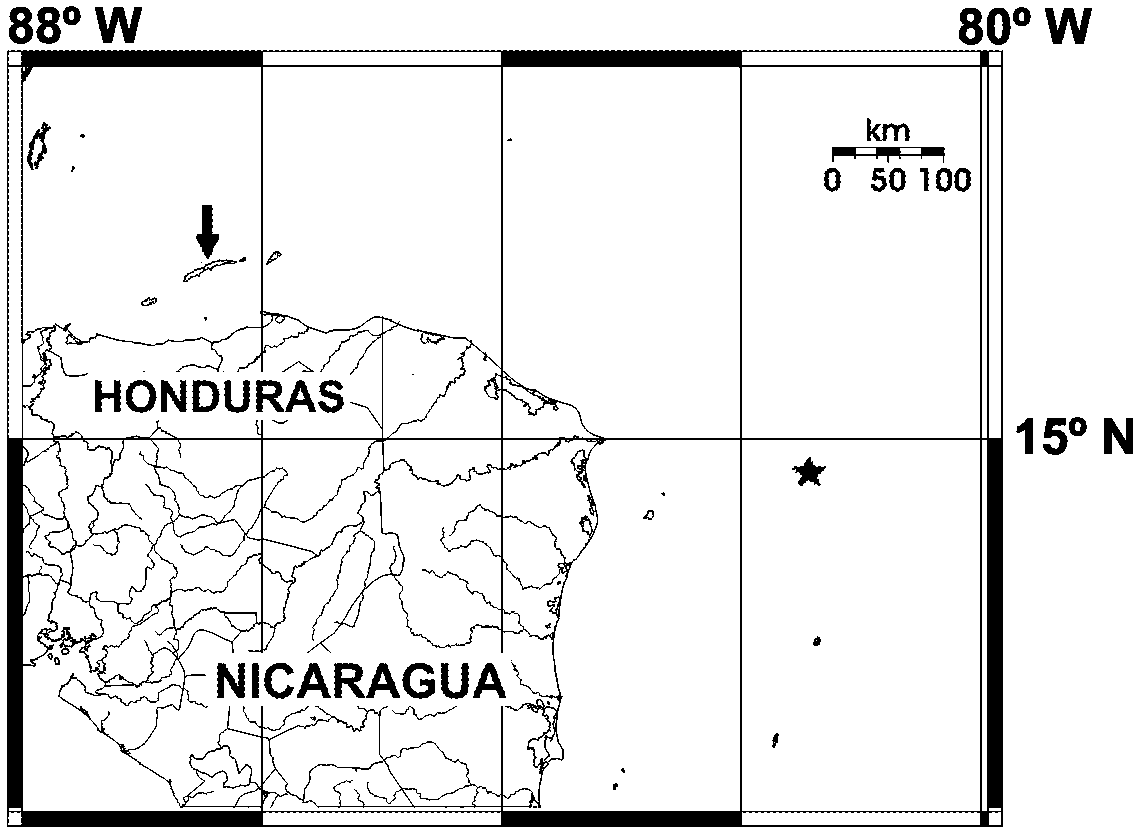 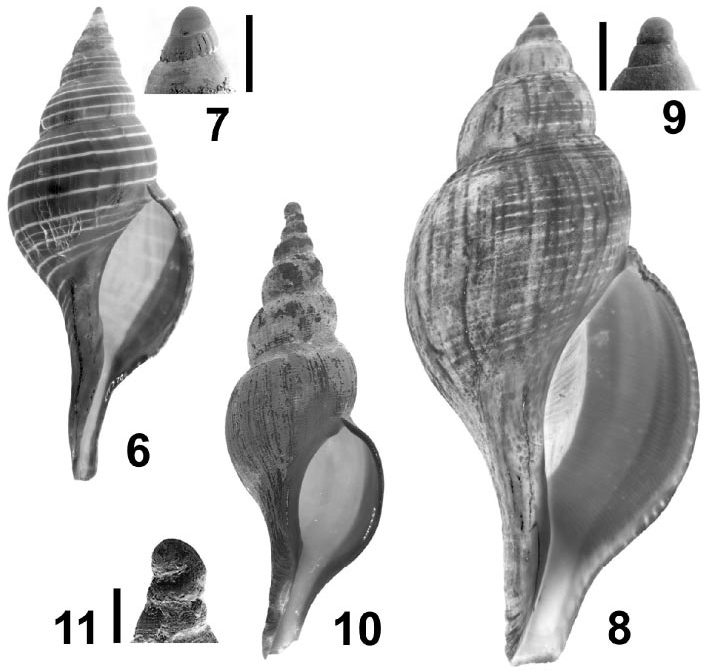