Description. ( Fig. 58View FIGURE 58 a) Irregular-lobate individuals, one larger, 13 x 7 x 6 cm, the other 3 x 2 x 2 cm. Color light beige (in alcohol), slightly darker inside, with smooth surface. Small oscula grouped in a sieveplate on top of a lobe in the larger individual. Consistency hard.

Several CREOCEAN specimens of this species were larger (up to 40 cm high and wide) and more lobateirregular, with larger sieveplates. On-deck photos show they are greyish white in life.

Skeleton. Cortical region approximately 2 mm in thickness, consisting of a layer of sterrasters and small spheroxyasters carried by the cladomes of subcortical ortho/plagiotriaenes. Small oxeas are scattered among the sterrasters and large oxeas penetrate the cortex, and make up the main mass of the pulpy choanosome, where also the large oxyasters are scattered.

Distribution and ecology. Guyana Shelf, Greater Caribbean, Carolinian region and NE Brazil, on reefs, mangroves and sand bottoms, from shallow-waters down to 100 m depth (Guyanan and CREOCEAN specimens 67–77 m), but revision is necessary.

Remarks. This is a common Central West Atlantic species. For a redescription of the type, the synonymy and further discussion see Cárdenas et al. 2009. These authors assigned mangrove specimens from Panama to this species, but later on, Cárdenas et al. 2011 (p. 9) reassigned their identification to Geodia tumulosa ( Bowerbank, 1872)  . For that reason, I restricted the references to G. gibberosa  above to only the certain citations, pending additional revisions of specimens assigned to it. Anatriaenes were searched for, but not found. The holotype, collected off French Guyana ( Lamarck 1815: 333; Topsent 1931: 3; Cárdenas et al. 2009: 28), apparently also lacked anatriaenes. Other specimens are reported to have a few of these spicules, but it appears to be an unstable element.

The large depth range of the species, from shallow-water ( Rützler et al. 2014) down to 100 m ( Van Soest & Stentoft 1988) is bridged by the present records from 67–77 m depth, but as said above, revision of assignments of specimens to this species are necessary. 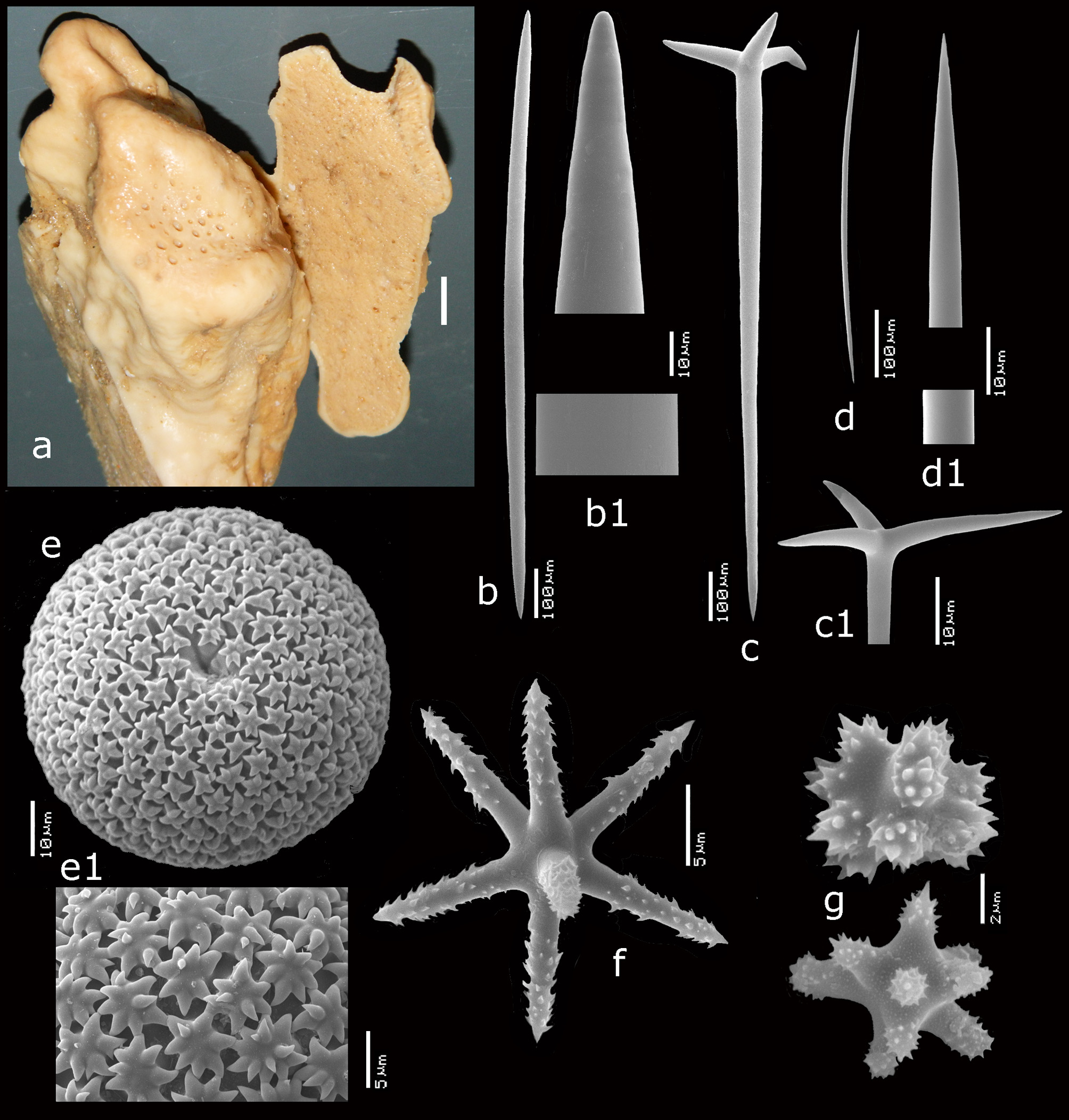