Long trichoxeas ( Figs 127View FIGURE 127 d,d1), curved, in a large size variation, those of the main body and the fringe apparently indistinguishable, but those oblique to the surface of the wall and of the thinly tapering distal end of the body clearly longer than the others, with pointed ends frequently finely spined, 310– 468 –984 x 1.5– 1.8 –2.5 µm

Etymology. Salpinx  (Gr.), a noun in apposition, meaning trumpet, referring to the shape of the body.

Remarks. The genus assignment of this new species is not certain. At first I thought this was likely a species of Soleneiscus Borojevic, Boury-Esnault, Manuel & Vacelet, 2002a  (subclass Calcinea) because of the olynthuslike habitus. Although Soleneiscus  species were reported to possess exclusively tetractines as the structural spicules supporting the tube walls, recently Azevedo et al. (2015) described a Soleneiscus  from Peru with triactines, S. pedicellatus Azevedo, Condór-Luján, Willenz, Hajdu, Hooker & Klautau, 2015  . The present specimens somewhat resemble S. pedicellatus  , but in addition to the triactines, there are also tetractines and diactines, making the new species clearly different. One of the reviewers convinced me that the material described here fits much better in Leucolosenia (combination of sagittal tri-and tetractines and trichoxeas, presence of spined microdiactines), and accordingly I assigned the new species to that genus. The new species is distinct among the few known Central West Atlantic Leucosolenia  species by the habitus of single ascon tubes, lacking any side tubes. Florida species L. horrida (Schmidt in Haeckel, 1872)  is a globular cluster of anastomosed tubes spined by protruding lanceolate giant diactines, quite dissimilar to the new species. 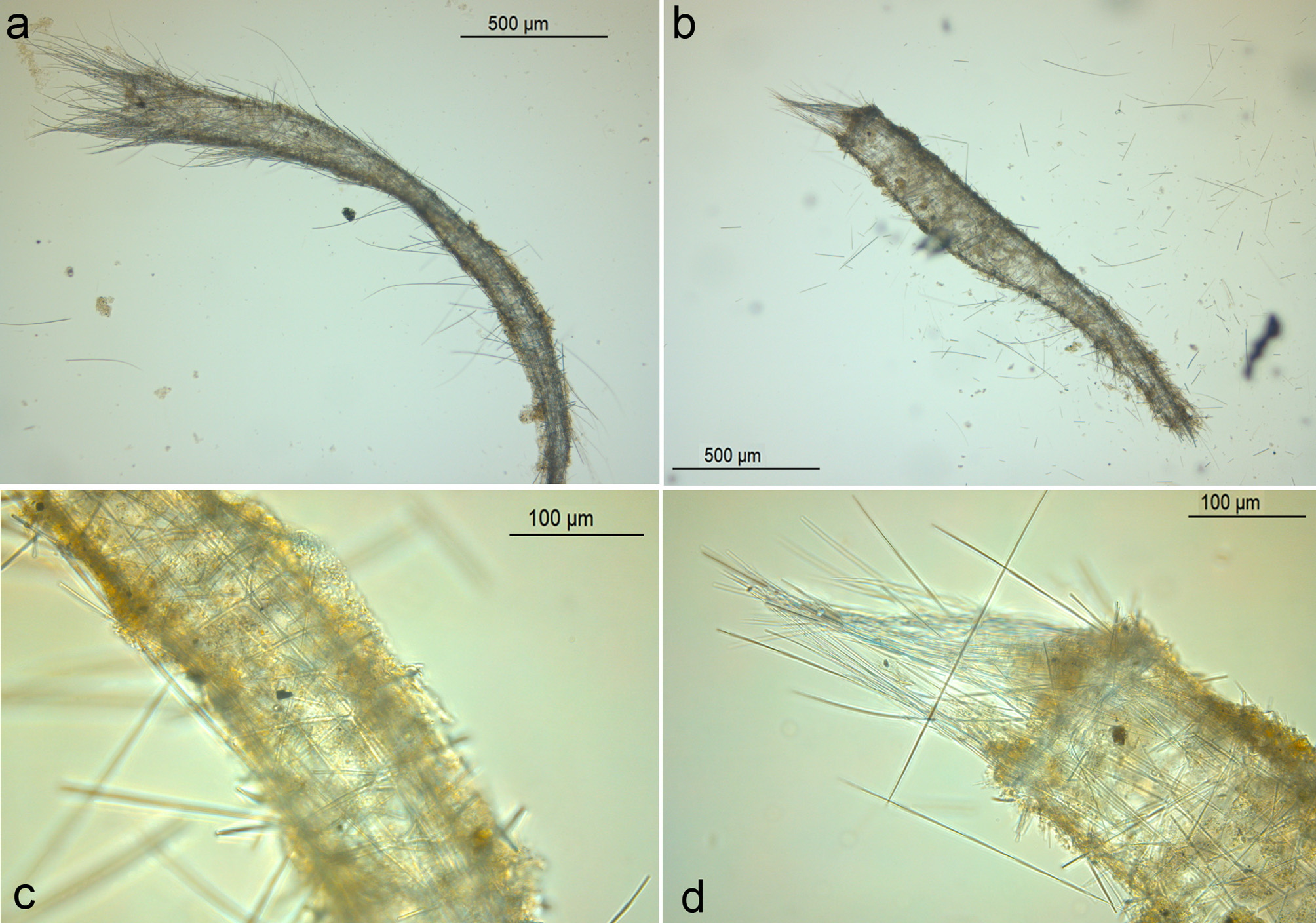 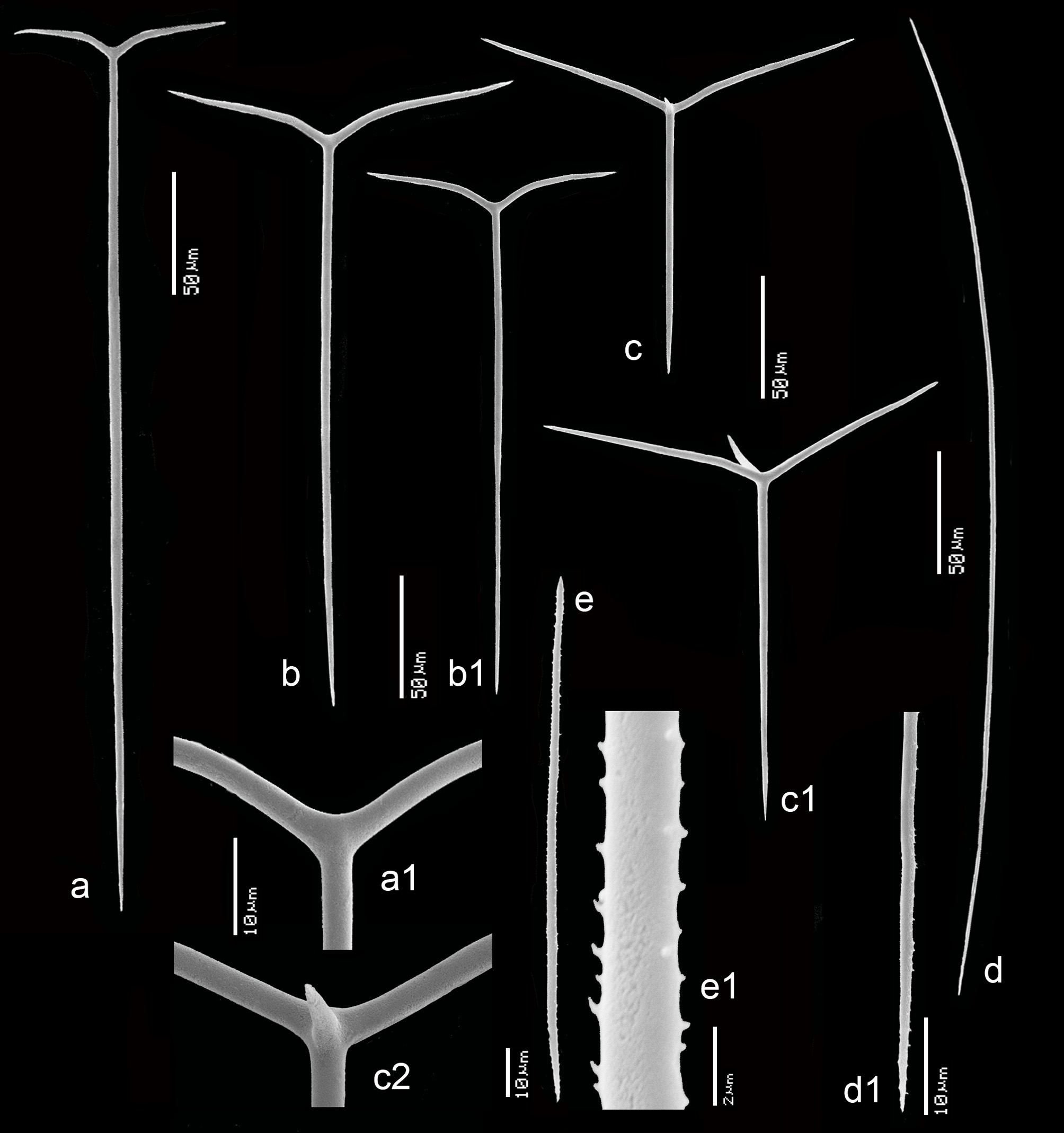