Etymology. Ancora  (Gr., latinized, a female noun) meaning anchor, referring to the shape and function of the beak-like root spicules.

Remarks. The new species shares its anchoring spicules with those of the Brazilian species Syculmis  synapta Haeckel, 1872  , assigned to Amphoriscus  by Borojevic et al. 2002b (p. 1178). This species is close to the new species, both geographically and morphologically. It differs by having the anchoring spicules all consisting of tetractines (the beak-like part of the spicule has three actines instead of two as in the new species), by the apparent entire lack of triactines (their subatrial position is taken up by tetractines in A. syculmis  ), and by the possession of a prominent apical fringe of long thin diactines. Despite the morphological similarity these differences merit recognition at the species level.

Further close, but more dissimilar, species are Caribbean A. amphora ( Haeckel, 1872)  (as Leucilla  ) and Venezuelan A. urna Haeckel, 1872  . The shape of A. amphora  is similar to that of the new species, but there is no report of anchoring root spicules, and like A. synapta  the subatrial spicules are tetractines, not triactines, nor are there any other triactines. The shape of A. urna  is more globular, but in other aspects of skeleton and spiculation it is similar to A. amphora  . 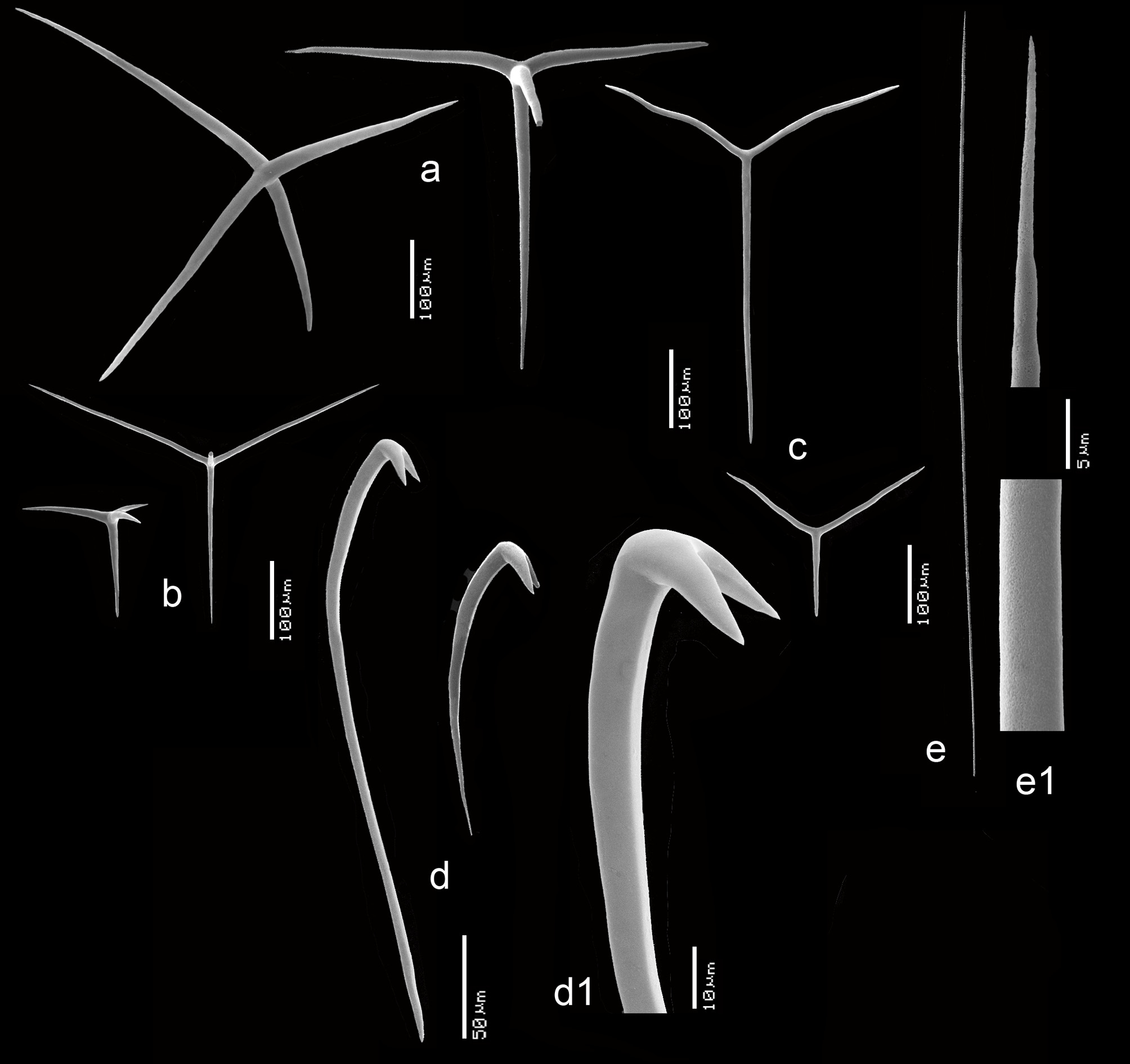