Type deposition. All type specimens of the new species are deposited in the ZCDTU, Danang city, Vietnam .

Etymology. Wildermuthi, a noun in the genitive case, after Hansruedi Wildermuth (born in 1941) from Switzerland, in appreciation of his support of the first author’s odonatological research in Vietnam via the International Dragonfly Fund.

Anal appendages ( Fig. 12a–c View FIGURE 12 ). Cerci dark brown and paraprocts yellowish with brown areas dorsally and apically, both are ca. 3 times length of S10. In lateral view cerci strongly arched, broad at base, narrower at middle point and then downturned and gradually expanding to rounded apices; in dorsal view narrowing from base and expanding slightly at apices where somewhat hollowed interiorly, converging strongly at apices, which overlap. Paraprocts broad at base and narrower to the tip, simple structurally without subbasal spurs, in dorsal view converging at apices, in lateral view directed slightly upward so that apices are obscured by the cerci. Genital ligula ( Fig. 12d View FIGURE 12 ) of typical form for the genus with two short flagella that are slightly expanded distally so approximately spoonshaped.

Remarks. Judging from the illustrations in Lieftinck (1935) D. wildermuthi sp. nov. is also distinguished from D. tenella by the lack of subbasal spurs on the paraprocts, this character is not mentioned in the diagnosis above only because insufficient material of D. tenella has been checked to be sure that the subbasal spurs are always present. 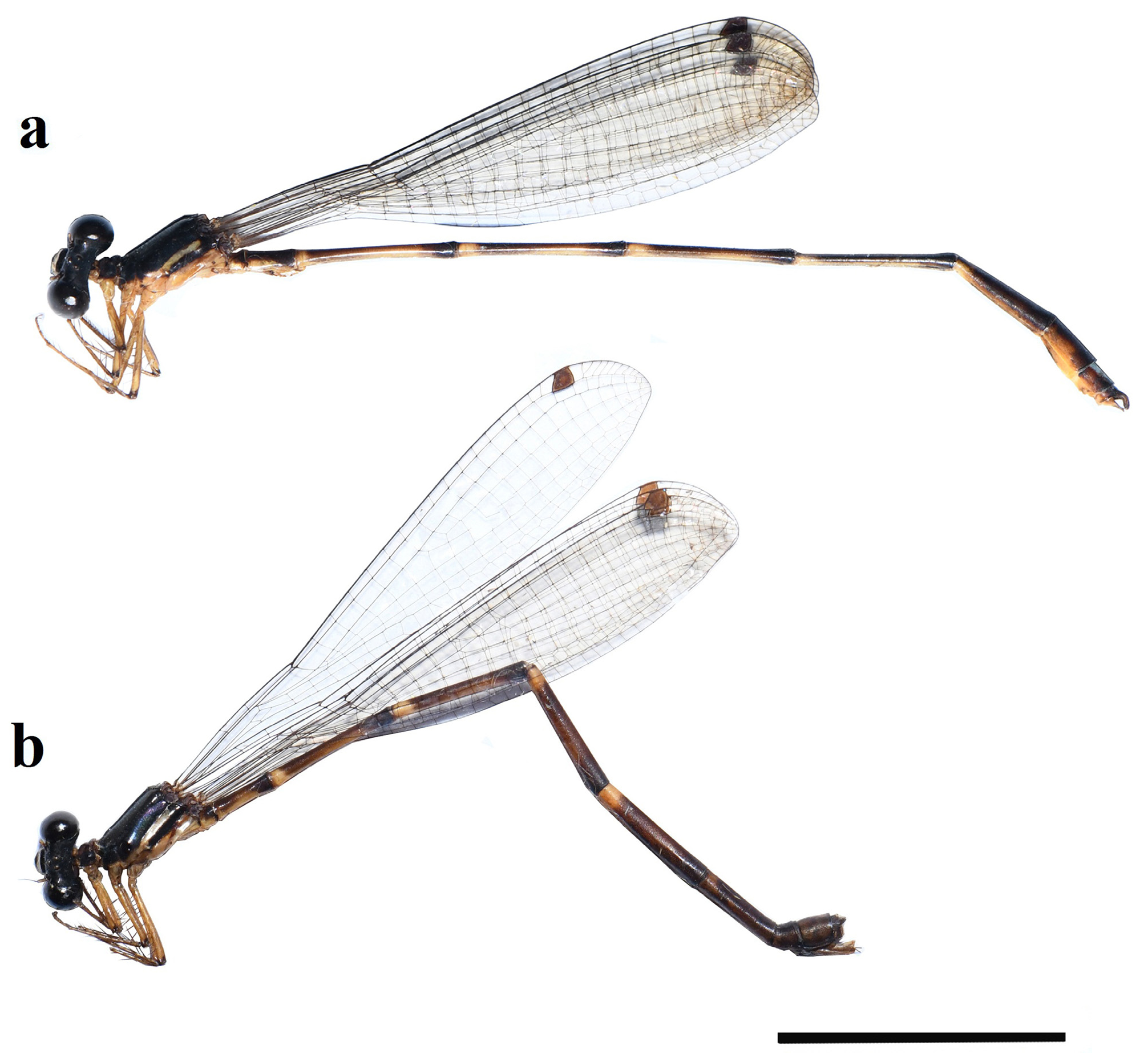 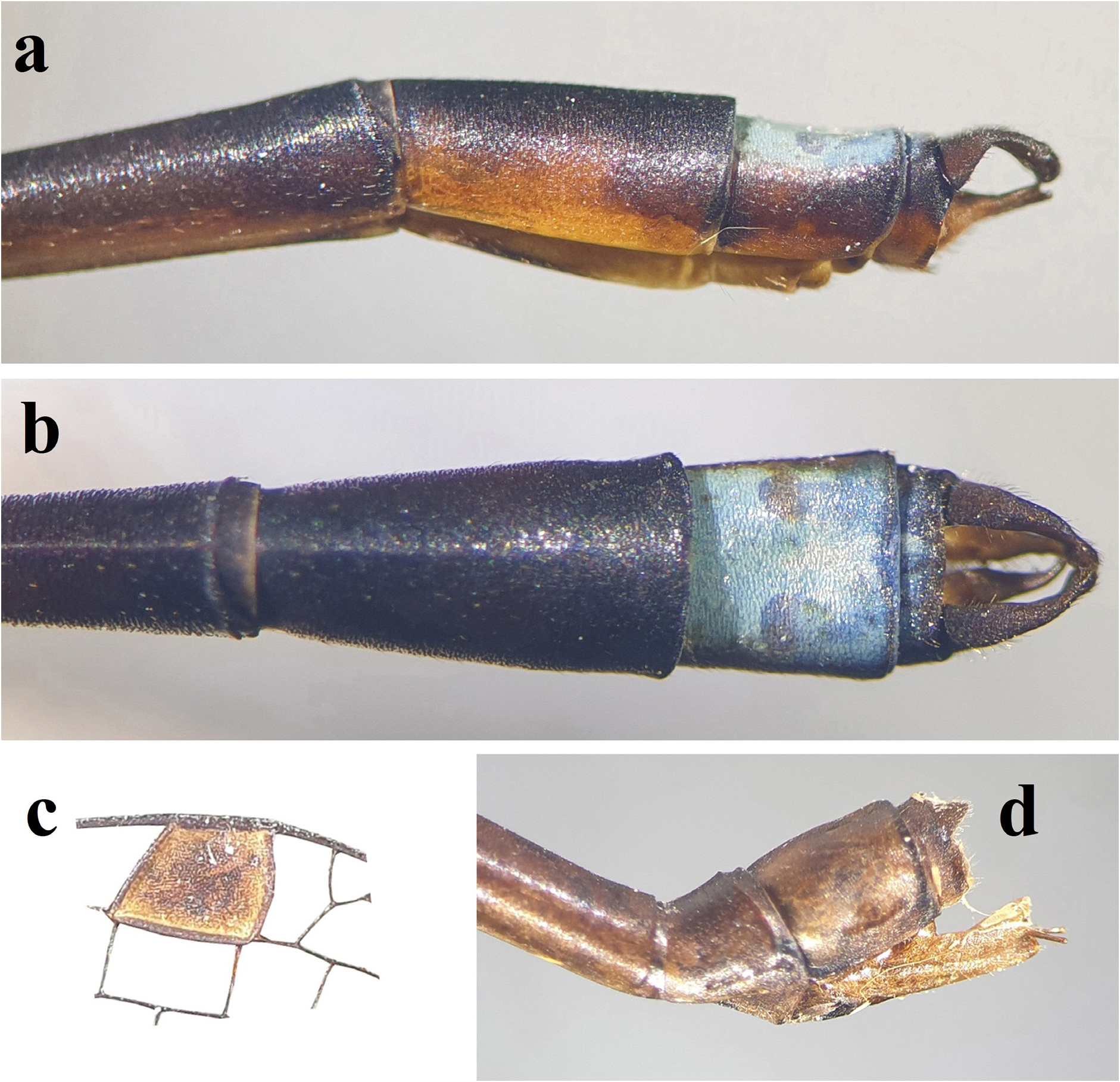 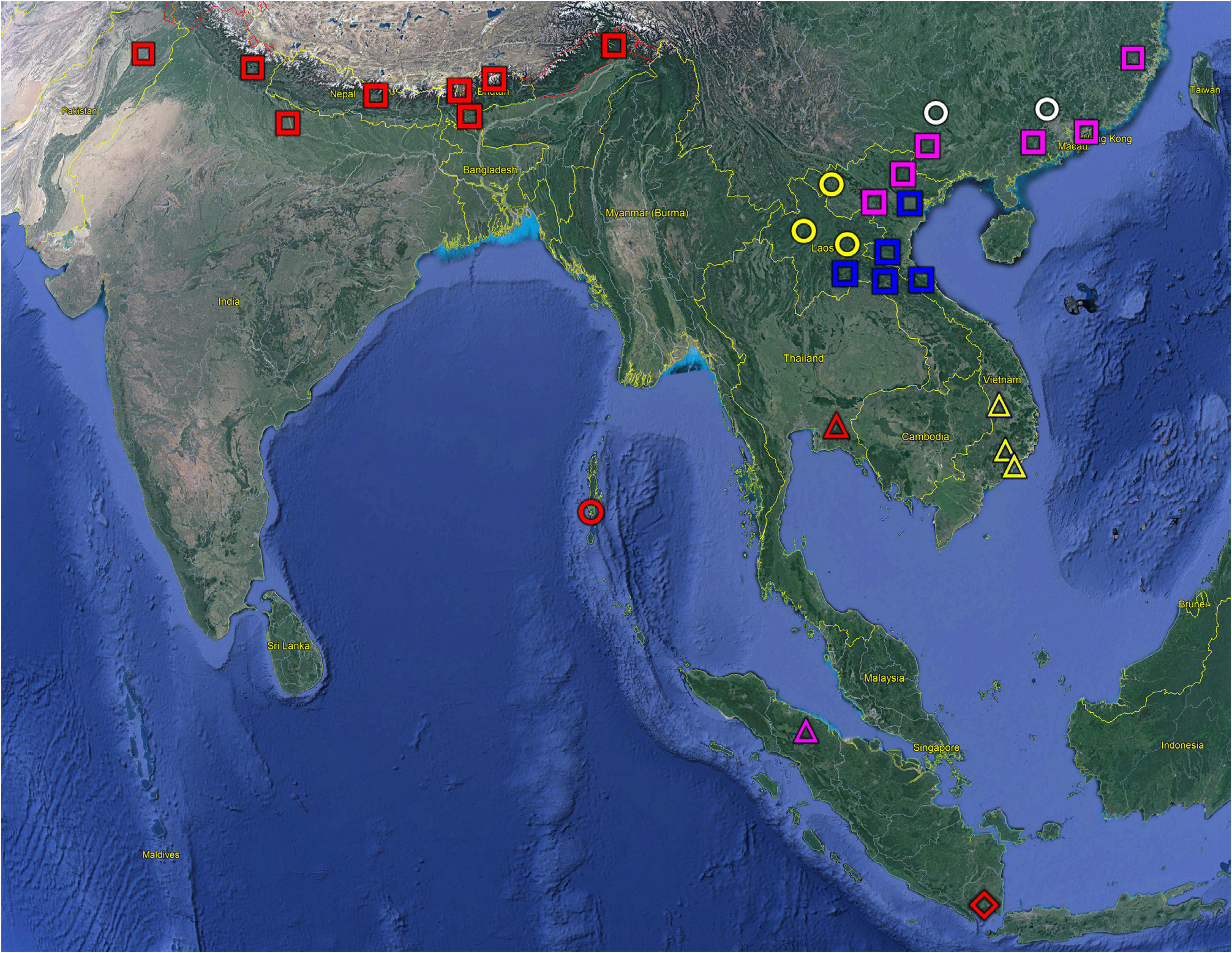