Remarks. A total of 16 described Tetrastemma  species have a pale general body color and a dark patch of pigment on the dorsal surface of the head. Four of these, Tetrastemma verinigrum Iwata, 1954  , T. pseudocoronatum Chernyshev, 1998  , T. pimaculatum Chernyshev, 1998  , and T. olgarum Chernyshev, 1998  , have been recorded from Asian waters. Some varieties of Tetrastemma nigrifrons (Coe, 1904)  (formerly placed in Quasitetrastemma  – see Chernyshev 2004) also have a similar color (see Zaslavskaya et al. 2010). These species possess pear- or ovalshaped basis of the central stylet, whereas the basis in the new species is cylindrical with a flared posterior margin. A similar basis is characteristic for species in the genus Zygonemertes Montgomery, 1897  , as well as Tetrastemma albomaculatum Chernyshev, 2016  . The latter species, unlike T. freyae  , has a white spot on the head ( Chernyshev 2016). As the obtained data show, not only the body color, but also the shape of the central stylet basis should be taken into account in ‘histology-free’ descriptions of the new species of Tetrastemma  .

DNA barcode analysis. Among the Pacific Tetrastemma  species with a dark pigment patch on the head, COI sequences are known for T. pseudocoronatum  , T. pimaculatum  , T. olgarum  , and T. nigrifrons  . The p -distances be- tween these species and T. melanocephalum  from the European coast are provided in Table 1. The samples of T. freyae  from Hawaii and India have p -distances 1.3% for COI and 0.3% for H3, which warrant designating a single species despite the substantial geographical space between these findings.

Etymology. The specific epithet honors Ms Freya Goetz (NMNH) for her invaluable assistance to JLN in support of his field and laboratory work. 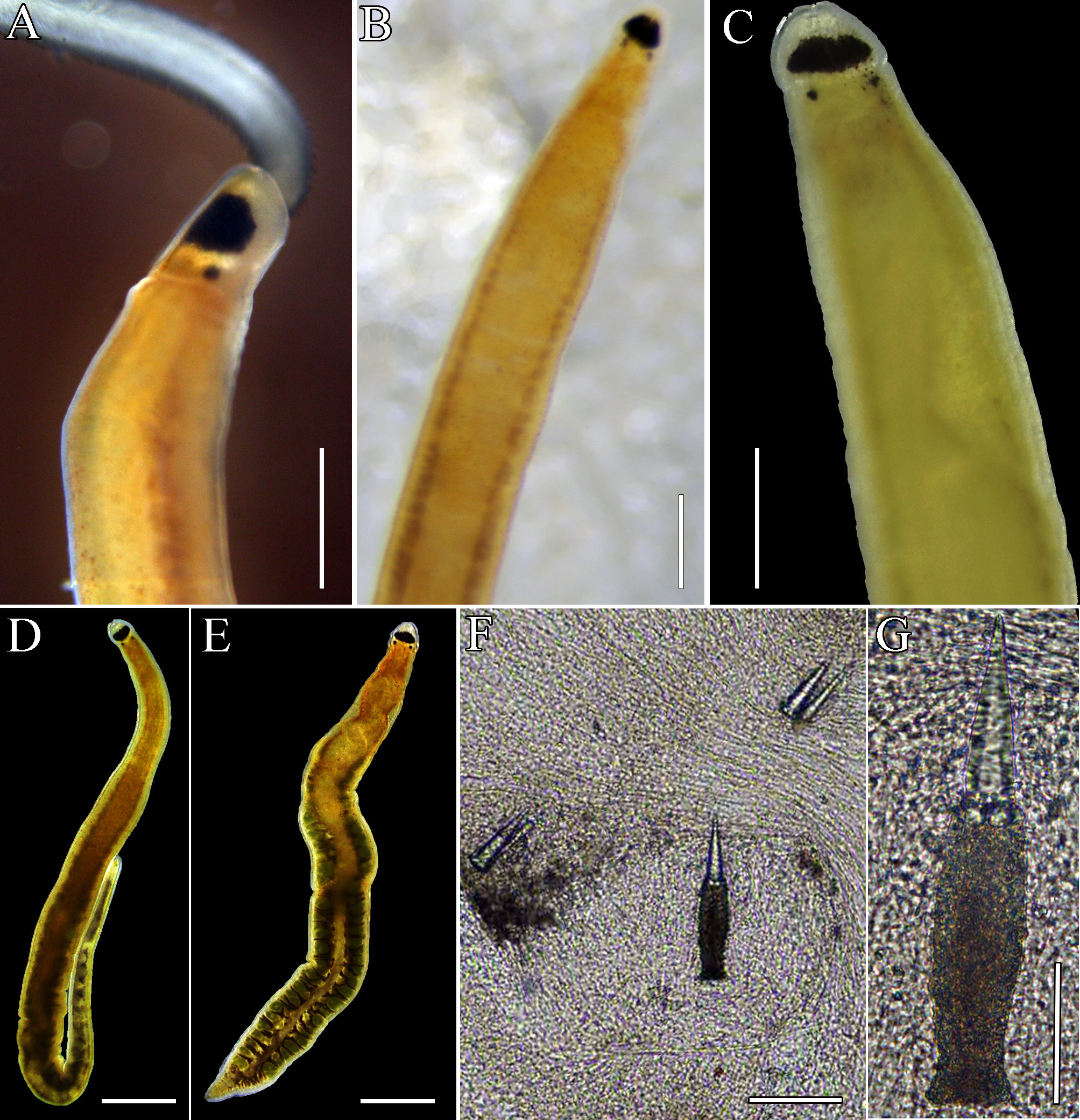