Etymology. The species is named after its unusually small clypeus.

Comparison. The new species is easily distinguished from all other Mexican species of Probles  by its unusually small clypeus which is only 0.75× as broad as face ( Fig. 17View FIGURES 16–19) while in the other Mexican species the clypeus is about as broad as face (as in Fig. 33View FIGURES 32–39). The species is also characterized by strongly tapered, somewhat twisted mandible which is 0.4× as broad at level of teeth as at base ( Fig. 17View FIGURES 16–19). 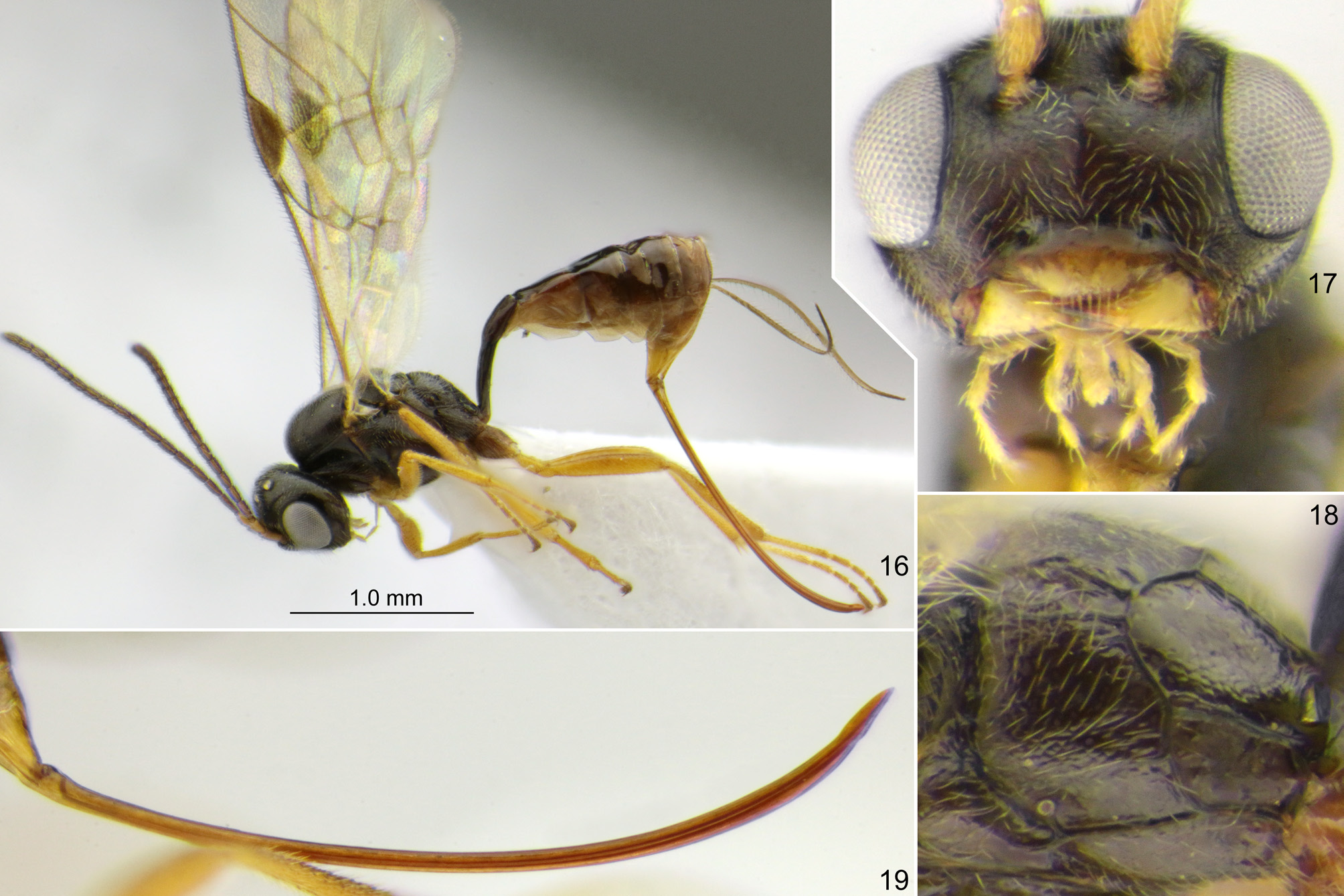