Twelve species of the genus Probles Förster  are found to occur in Mexico. All species belong to the subgenus Euporizon Horstmann  and are new to science. The genus is rare in Mexico and predominantly collected in the mountainous parts of the country (see Fig. 1). Most species are represented by one or a few specimens, except for P. megasoma  sp. nov. which is relatively abundant and distributed from tropical Mexico to Costa Rica ( Fig. 2View FIGURE 2). Eleven other Mexican species of Probles  were not found in a large examined tersilochine material from Costa Rica (which contains several undescribed species of Probles  ), and apparently do not occur in this country. 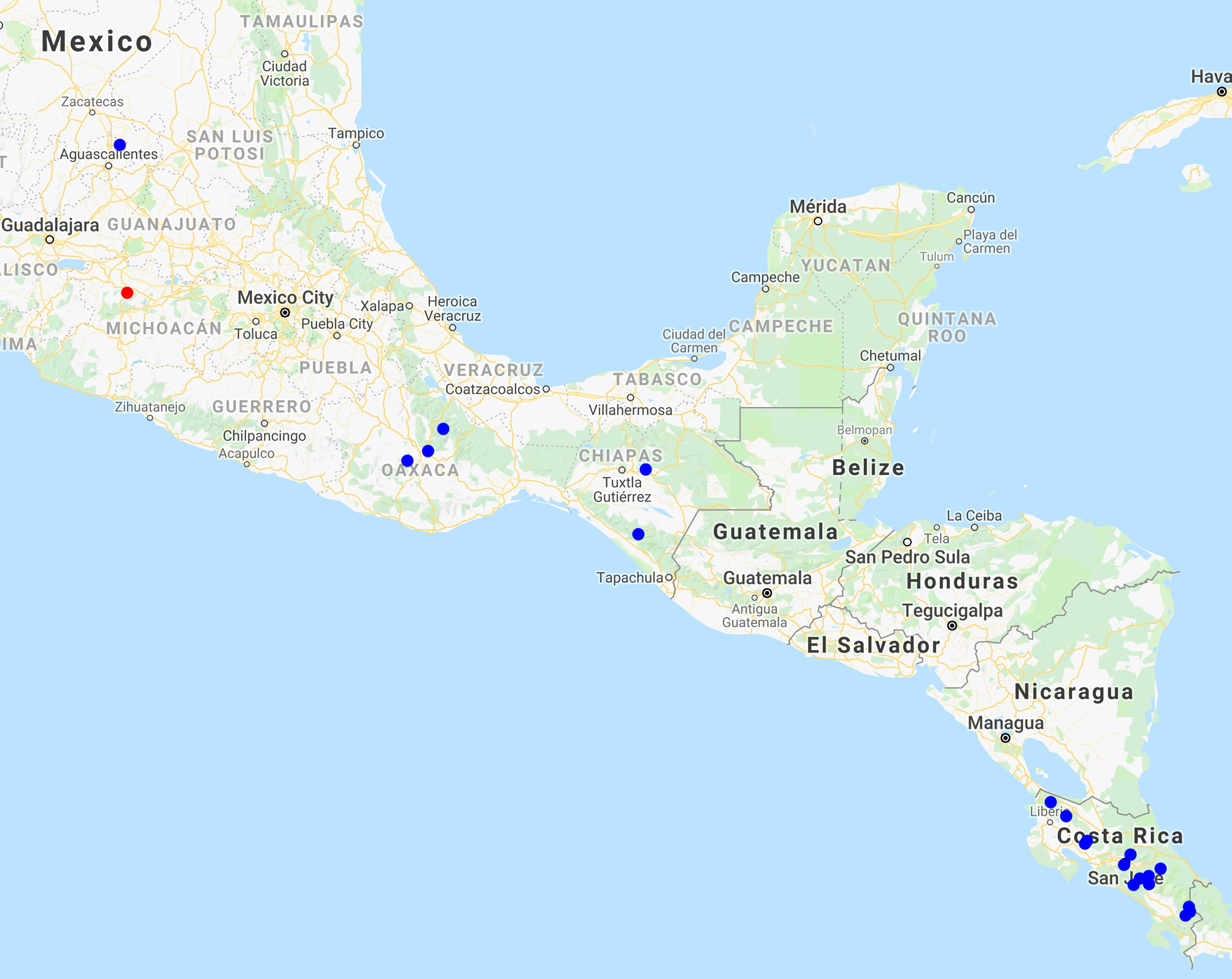