Female. Similar to male, except for the following: antennae narrower; elytra strongly widened behind the middle and strongly shortened, not covering at least 3 abdominal segments.

Remarks. This little known species was described from the most distant region of Eurasia, and was known only by description for a long time. Slightly shortened elytra and reduces hind wings allowed W. Wittmer (1970) to transfer this species into Paratinoides L. Medvedev. After  a type series investigation it was obvious that the species belongs to Protapalochrus  . It is similar to P. puncticollis (Wittmer)  , with wide elytra slightly shortened, aedeagus with straight horn-like tube, whereas Paratinoides apterus L. Medvedev  is “staphylinoid”-shaped, with a strongly reduced elytra and narrow body, and a strongly curved laterally horn-like tube inside endophallus. 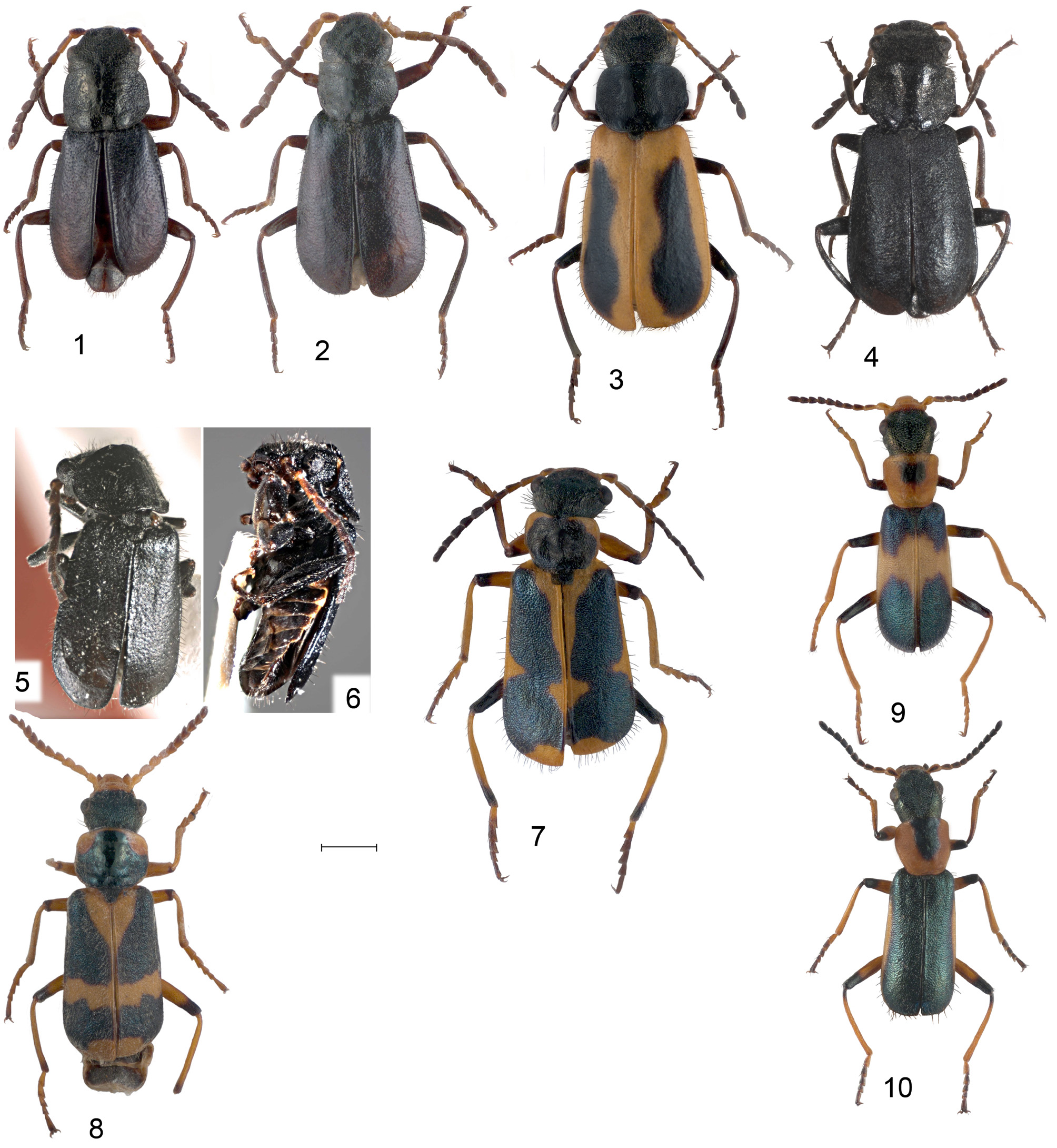 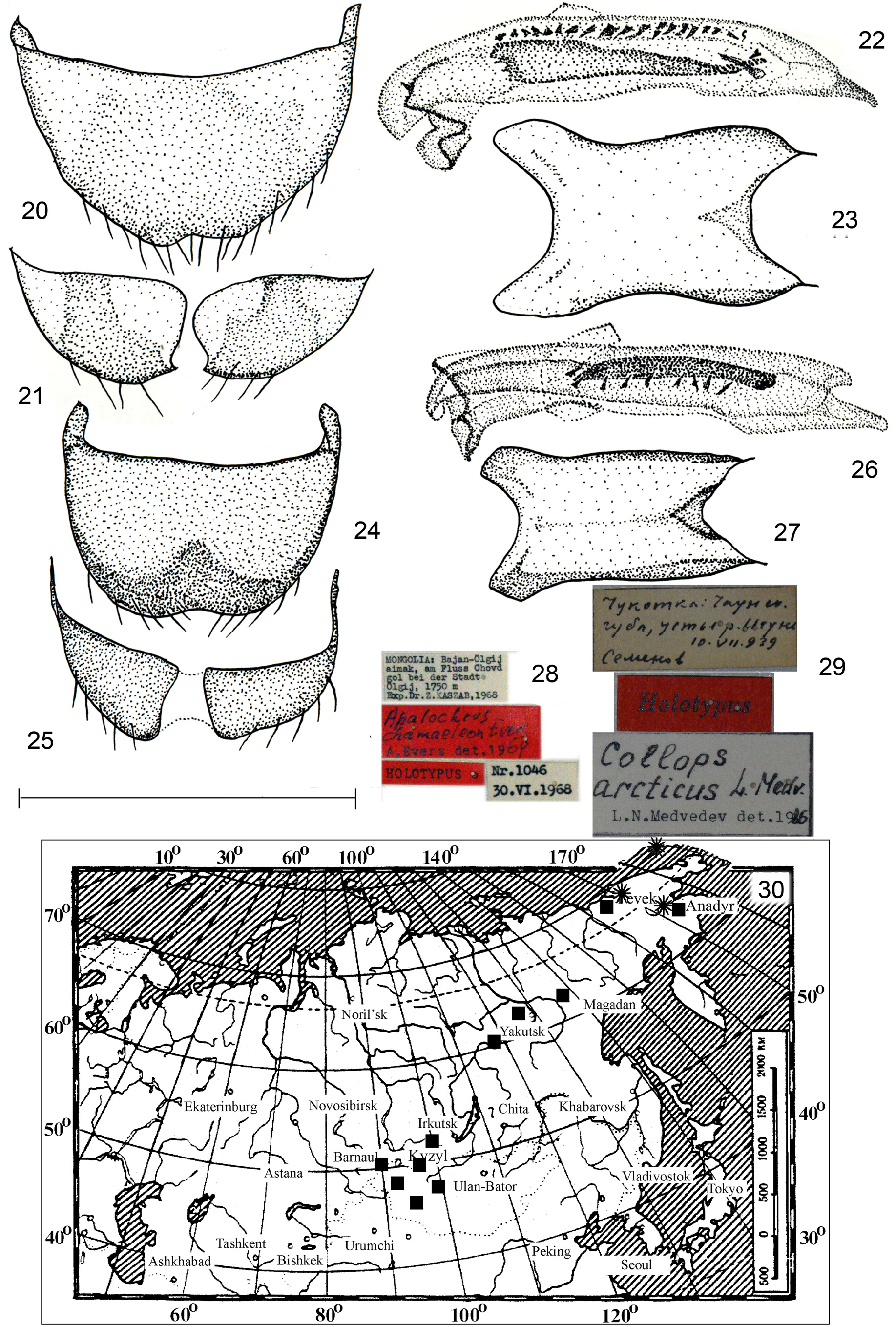