Diagnosis. Males of I. baltenspergerae  sp. nov. resemble males of I. ovinus Edward & Harvey, 2014  in palpal and cheliceral morphology but can be distinguished from it by the tip of the bulb which is apically divided into two lobes (ad, Figs. 2View FIGURE 2 E, F). The bulb has a single large flat ventral protuberance and the retrolateral lobe appears rather unconspicious (rl, Figs. 2View FIGURE 2 A –H). The base of the fang is slightly thickened but without a conspicuous process ( Figs. 3View FIGURE 3 C, D).

Distribution. Known only from Mt. Ljen in eastern Java. 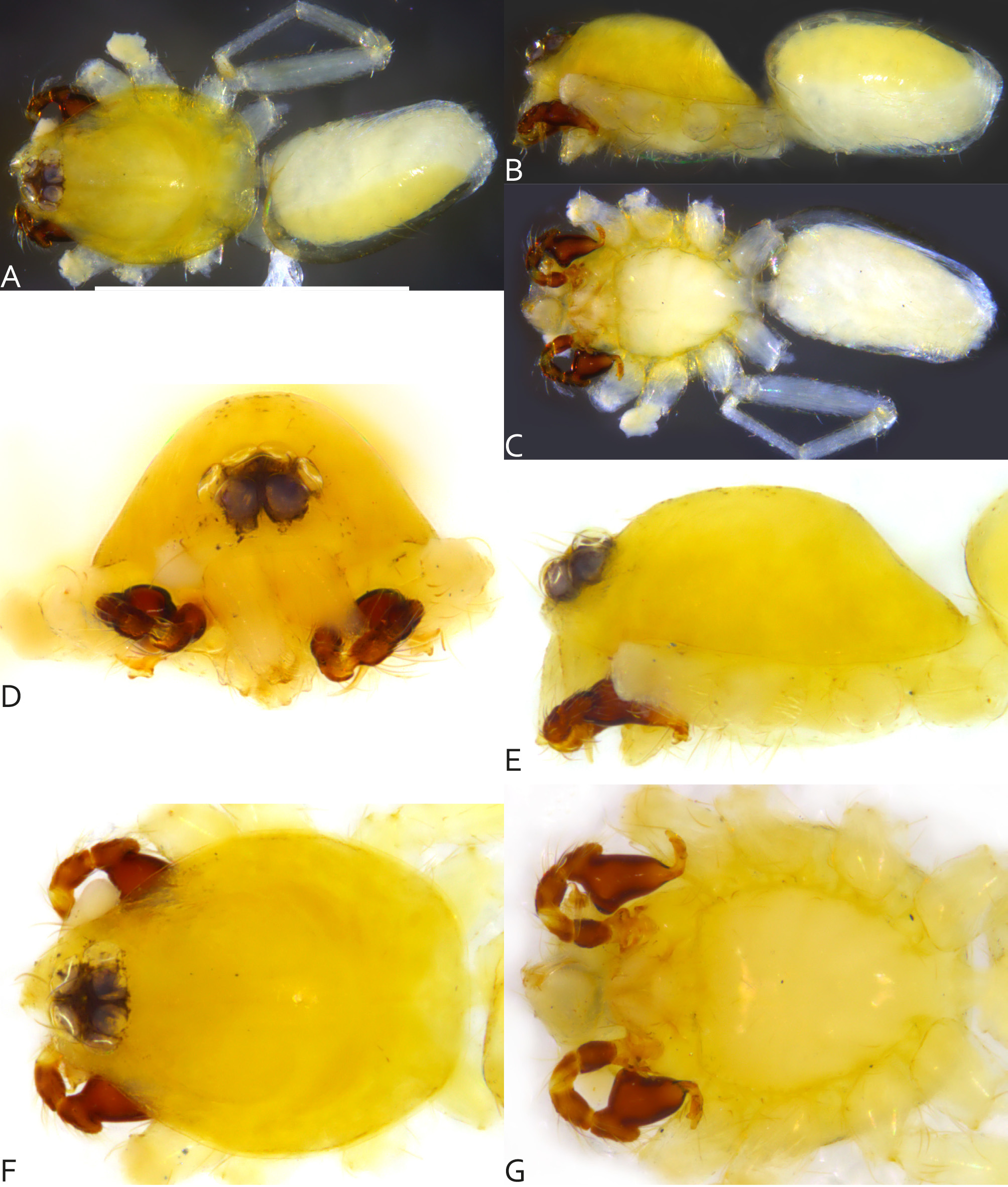