The proposed subdivision is otherwise corroborated by several morphological features. The minuta  section is characterized by: 1) outer surface of metafemur with moderately to distinctly sparse piliferous points only, with engraved network extremely superficial, visible at high magnification only [over 300×] ( Figs 24, 28View FIGURES 21 – 28. 21 ‒ 24); 2) metafemur with an inner basal tooth or tubercle; 3) posterior tarsus slender; 4) antennal scrobes never carinate dorsally ( Fig. 5View FIGURES 5 – 13). Additionally in most species, the mesonotum is completely punctured ( Figs 12View FIGURES 5 – 13, 22, 26View FIGURES 21 – 28. 21 ‒ 24), at most areolate on anterior third in some species of this section. Conversely, species of the parvula section do not show the combination of characters stated above for the minuta  section: outer surface of metafemur generally with an evident engraved, alutaceous network in addition to piliferous points and mesonotum areolate. Other characters of the parvula section are variable: the metafemur usually has no inner basal tooth and in some species the antennal scrobes are completely carinate and/or the posterior tarsus markedly broadened towards the apex.

The minuta  section is represented in the New World by B. podagrica (Fabricius)  , a species also widespread throughout the world. Otherwise, only species of the parvula section have been described from the Americas: B. aeca Burks, B. carinatifrons Gahan, B. compacta (Walker), B. compsilurae (Crawford), B. koehleri Blanchard, B. nigritibialis Tavares & Navarro-Tavares, B. parvula (Walker)—this latter species with a Holarctic distribution— B. tegularis (Cresson), B. truncatella (Burks) and B. weemsi Burks.

Species recognition. The Brachymeria minuta  species group exhibits numerous variable characters that can be used for separating species: setation generally silvery but sometimes golden; sculpture of the labrum and clypeus; variable development of the preorbital carinae; density of the puncturation of the mesonotum; habitus of the posterior margin of the scutellum, resulting from the more or less deep emargination of the frenal carina; punctulation of the metafemur; habitus of the gaster which may be squat or acuminate, etc.

Diversity. The group includes at least 28 species already described from the Old World and 8 from the Americas, but the examination of diverse collections showed that many species remain undescribed.

Hosts and biology. The species for which the hosts and development are known are solitary endoparasitoids of Diptera  , showing a koinobiont strategy, with the female ovipositing within the larval stages of the host while the adult emerges from the pupae (Stefani 1889; Roberts 1933; Dowden 1935; Léonide & Léonide 1969).

The biology of B. compsilurae (Crawford) was studied by Dowden (1935) in North America. The species develops within tachinids that are primary parasitoids of several species of Lepidoptera. In the Holarctic Region B. moerens (Ruschka) and B. parvula (Walker) parasitize sarcophagids and anthomyiides that are primary parasitoids of Orthoptera ( Léonide & Léonide 1969). The Brachymeria  that develop at the expense of coprophagous or necrophagous Calliphoridae  and Sarcophagidae  are apparently attracted by chemicals given off by the organic tissues in which the flies feed and consequently can be trapped using meat or dead bodies ( Roberts 1933; Horenstein & Salvo 2012; Michel Martinez pers. com.; present paper). 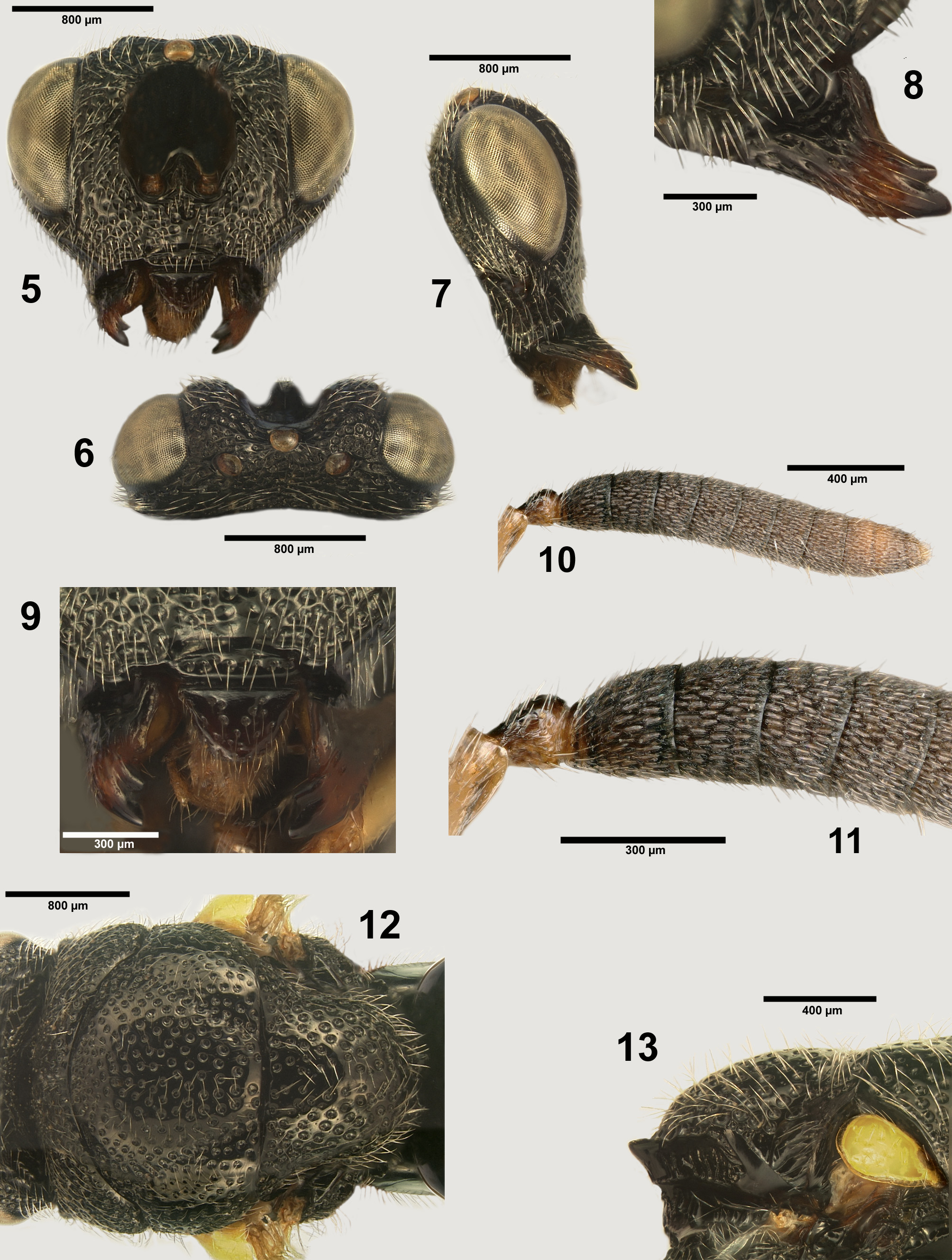 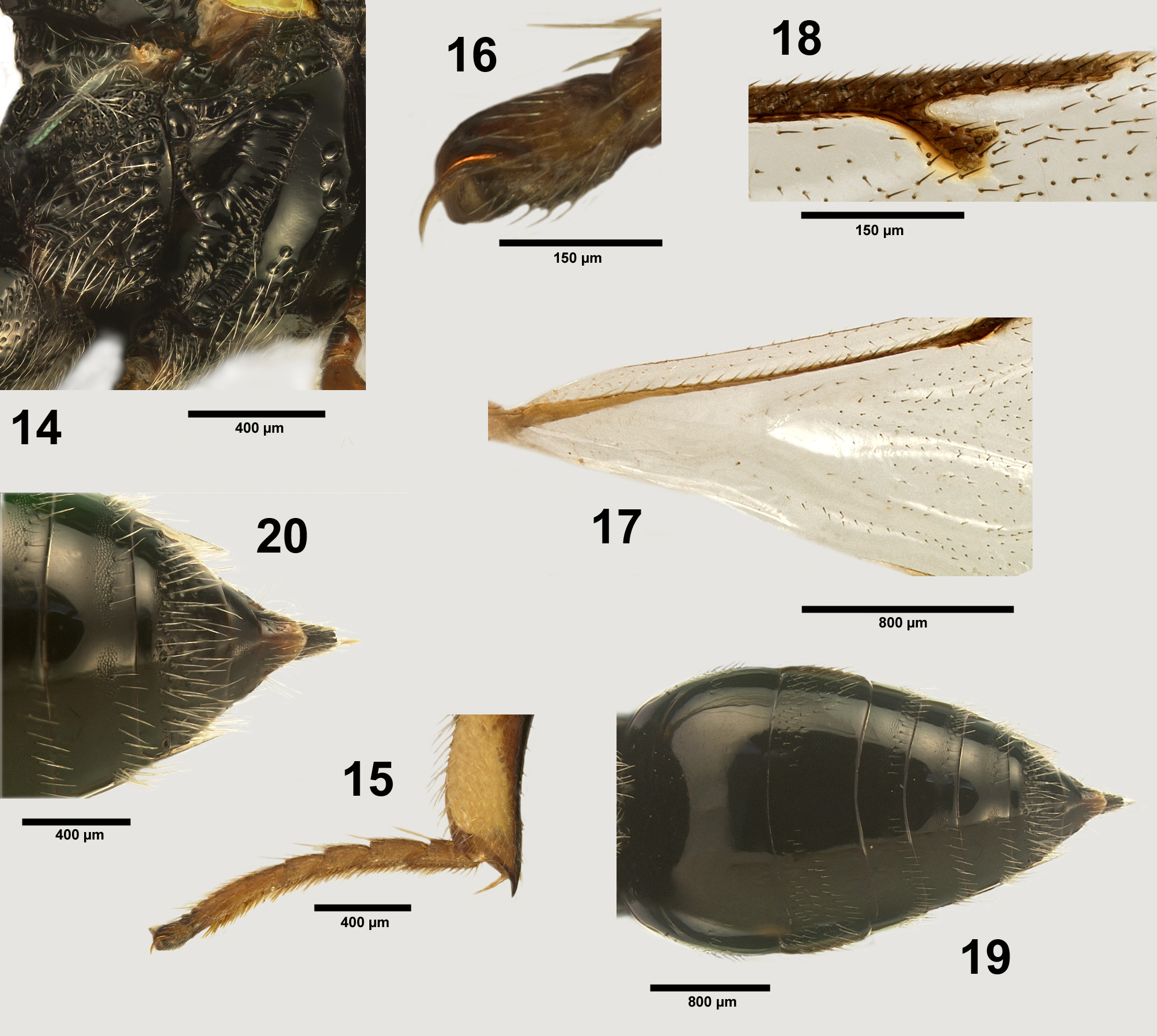 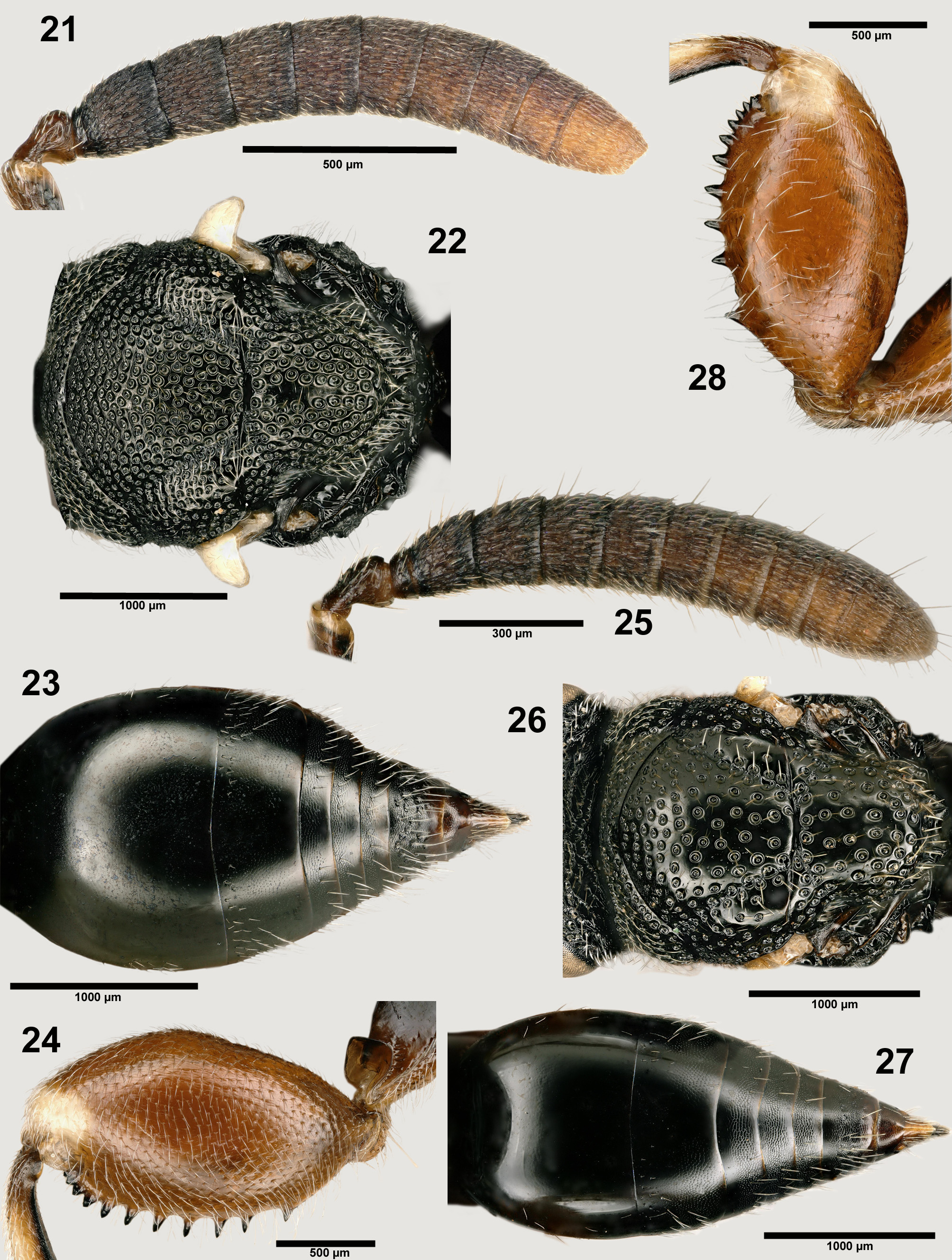