Distribution ( Fig. 17View Fig. 17), phenology ( Table 1) and biology: This South African endemic is confined in its distribution to a small area in the vicinity of the village of Rhodes in the southern Drakensberg Mountains of the Eastern Cape Province. I collected all available specimens on two trips to the area in January and February ( Table 1). It is probable that the species is active for much of summer in this summer-rainfall region. All specimens were found resting on rocks in the Bell River, which flows along the northern boundary of Rhodes. Efforts to find examples in the vicinity adjacent to the stream were fruitless. The habitat closely resembles that described for elferinki  . There is no biological data apart from that appearing on labels. 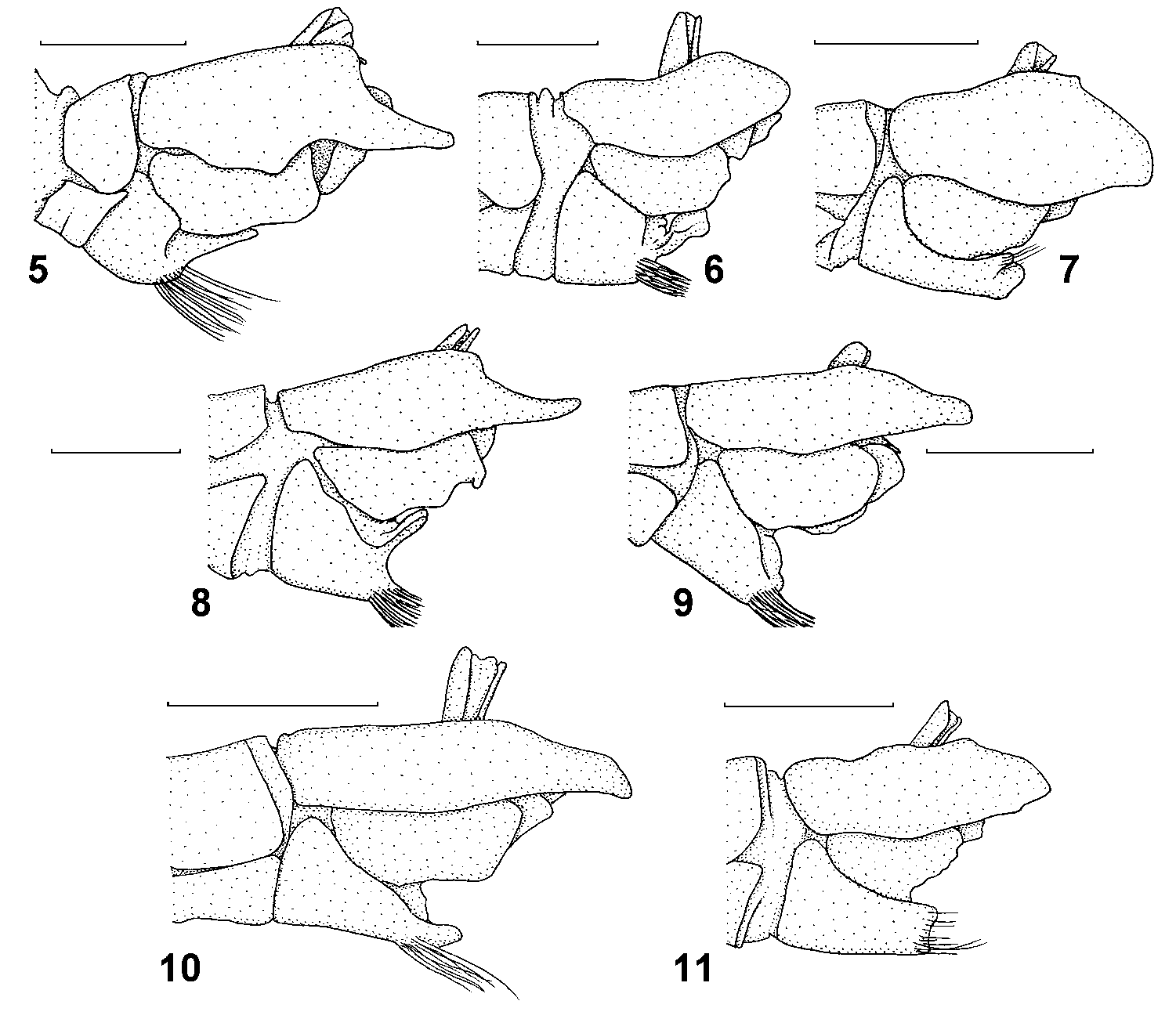