Etymology. The specific epithet ‘ furvus’ refers to the new species being much darker than G. trinervus  .

Remarks. Numbers of oblique vein variable, always from six to seven, as well as, dividing veins varied from two to three. The new species is more or less shining, with pubescence obviously shorter than what of G. trinervus  . And it is darker than the known one. Genitalia of the new species is short, with epiphallic lateral lobe much rounded in lateral view, and armed with dorsal denticles apically. But epiphallic lateral lobe is long in G. trinervus  , which is somewhat straight at bottom, and without obviously dorsal denticles. Ovipositor top valve of the new is armed with dull tooth while what of G. trinervus  are sharp. 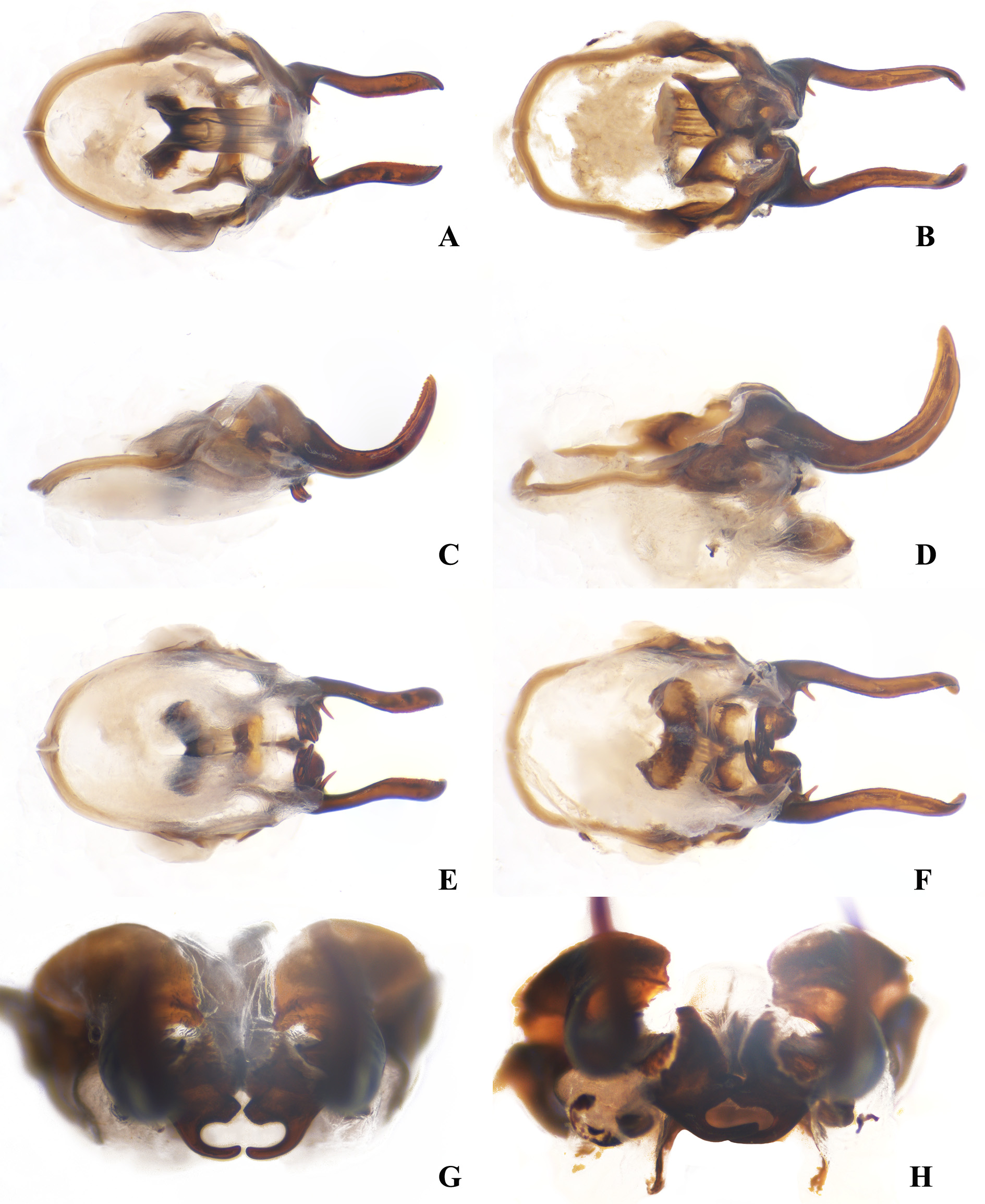 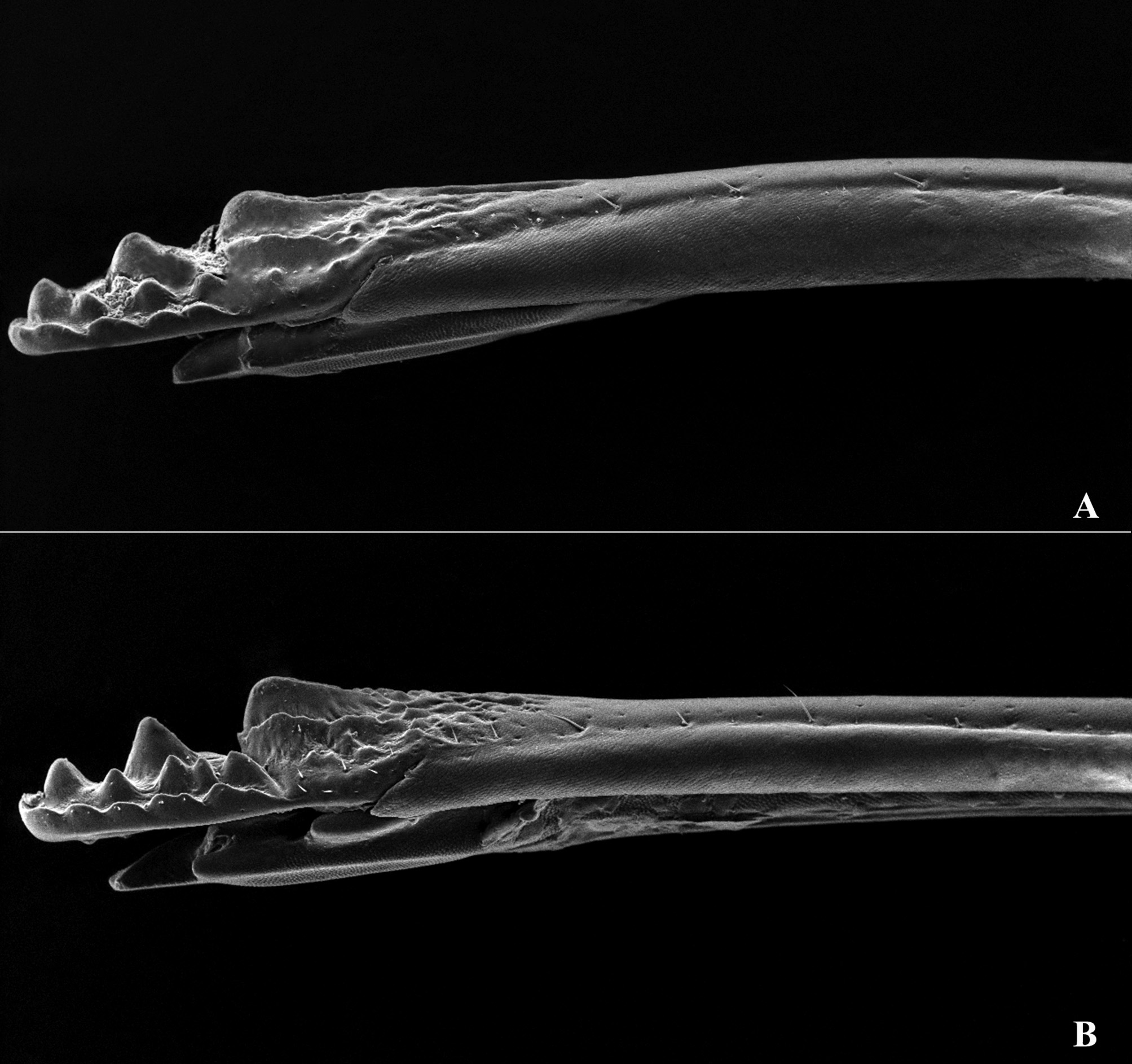