Description. Small sphere ( Fig. 8a View FIGURE 8 ) of 5.5 cm diameter (two fragments were preserved, one of 5 x 2.5 x 2 cm, a second of 4 x 2.5 x 2 cm). Surface generally smooth but with patches of long hair-like spicules distributed over the entire surface. Oscules crowded on top in a sieve plate. Color white grey around, but with upper half and sieveplate dark red. Cortex can crack easily, and choanosome is pulpy.

Skeleton. Cortex ( Fig. 8b View FIGURE 8 ) consisting of a layer of sterrasters 300–500 µm in thickness, carried by the cladi of radially arranged ortho/plagiotriaenes, anatriaenes and oxeas. Small short oxeotes and abundant small asters are distributed in the peripheral regions of the cortex among the cladi of the triaenes. Choanosomal skeleton a confused mass of oxeas and small aster microscleres.

Ortho/plagiotriaenes ( Fig. 8c View FIGURE 8 ), (cladi curved downwards, so technically they are closer to orthotriaenes than to plagiotriaenes, but the cladi are not exactly at right angles to the shaft). They are not very common and were invariably broken in the slides. From measurements from thick sections it appeared that the shaft length is up to approximately 4200 µm (usually smaller), shaft width 50–90 µm, cladomes 320–550 µm, cladi 160–270 x 60 µm.

Ecology and distribution. One specimen collected on carbonate rock wall just below the mesophotic zone at Klein Curaçao.

Remarks. It is likely that this species was recorded from Barbados by Van Soest & Stentoft (1988: 14) as Geodia cf. megastrella Carter, 1876 . We reexamined this material. It differs from Carter’s Portuguese material in the presence of short cortical oxeas and the size of the oxyasters, which are only half the size in the Barbados specimen (and in our new species). The shape of the Barbados material differs from that of the holotype of our new species in being more elaborate and irregular, but its size is also larger (10 x 10 x 7 cm) and it is not unusual for geodiid species to have a globular shape when young and more irregular when older. In the spiculation of the Barbados specimens only one feature seemed to differ, the length of the cortical oxeotes, given as 150 x 3–4 µm in Van Soest & Stentoft (1988: 14). When we reexamined this, we found that variation is large and many of the cortical oxeotes were in the range of 200–300 x 5–6 µm and only few were as small as 150 µm. We assume that the Barbados material and the present specimen are conspecific as all other features match closely.

On paper our new species appears rather close to Geodia gibberosa Lamarck, 1814 as extensively redescribed by Cárdenas et al. 2009, but habit, length of the oxeas and the form, ray number and ornamentation of the oxyasters are clearly different in the two species. G. gibberosa was also reported from deep water ( Barbados, cf. Van Soest & Stentoft 1988).

Of the Geodia species recorded from the Central West Atlantic, G. tumulosa Bowerbank, 1872 appears close to our new species, but it differs in overall shape and in having protriaenes in addition to ortho- and anatriaenes. Furthermore the sterrasters are about half the size of those of our new species, and the largest oxyasters are twice as large as those of our new species. Most other species reported from the region differ more clearly by lacking cortical oxeas ( G. australis Da Silva & Mothes, 2000 , G. riograndensis Da Silva & Mothes, 2000 , G. splendida Da Silva & Mothes, 2000 , G. pachydermata ( Sollas, 1886) , G. thomsonii Schmidt, 1870 , G. apiarium ( Schmidt, 1870) and G. tylastra Boury-Esnault, 1973 ), having dichotriaenes ( G. spherastrea Lévi, 1964 ), or having much shorter structural oxeas ( G. gibberosa , G. papyracea Hechtel, 1965 , G. corticostylifera Hajdu et al. 1996 , G. neptuni Sollas, 1886 , and G. vosmaeri Sollas, 1886 ). Deep water species from the opposite side of the Atlantic differ likewise from our new species: G. divaricans Topsent, 1928 has dichotriaenes, G. glariosa ( Sollas, 1886) has oxeas less than 2 mm in length, and G. ramosa ( Topsent, 1928) and G. globus Schmidt, 1870 lack cortical oxeas. 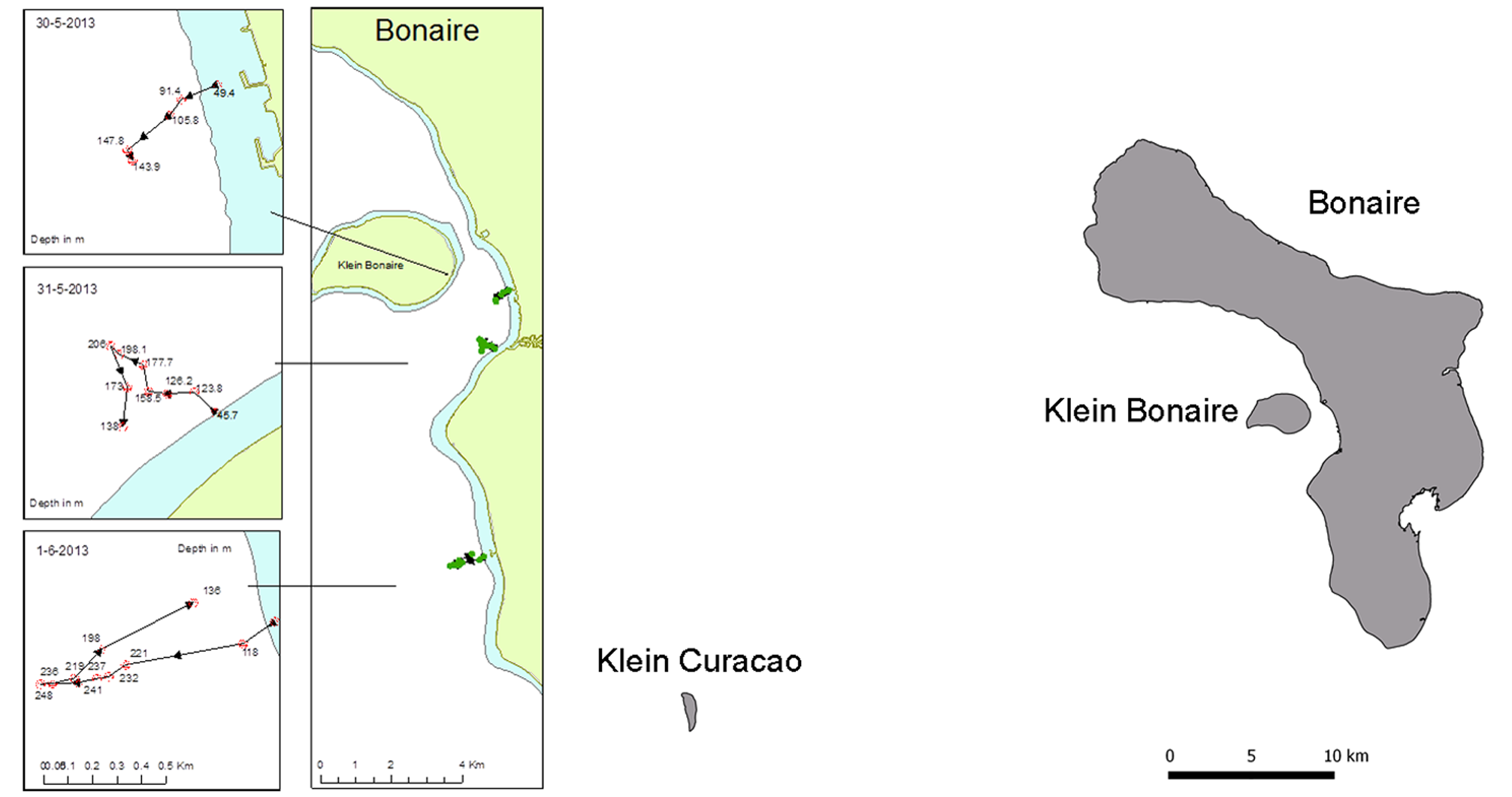 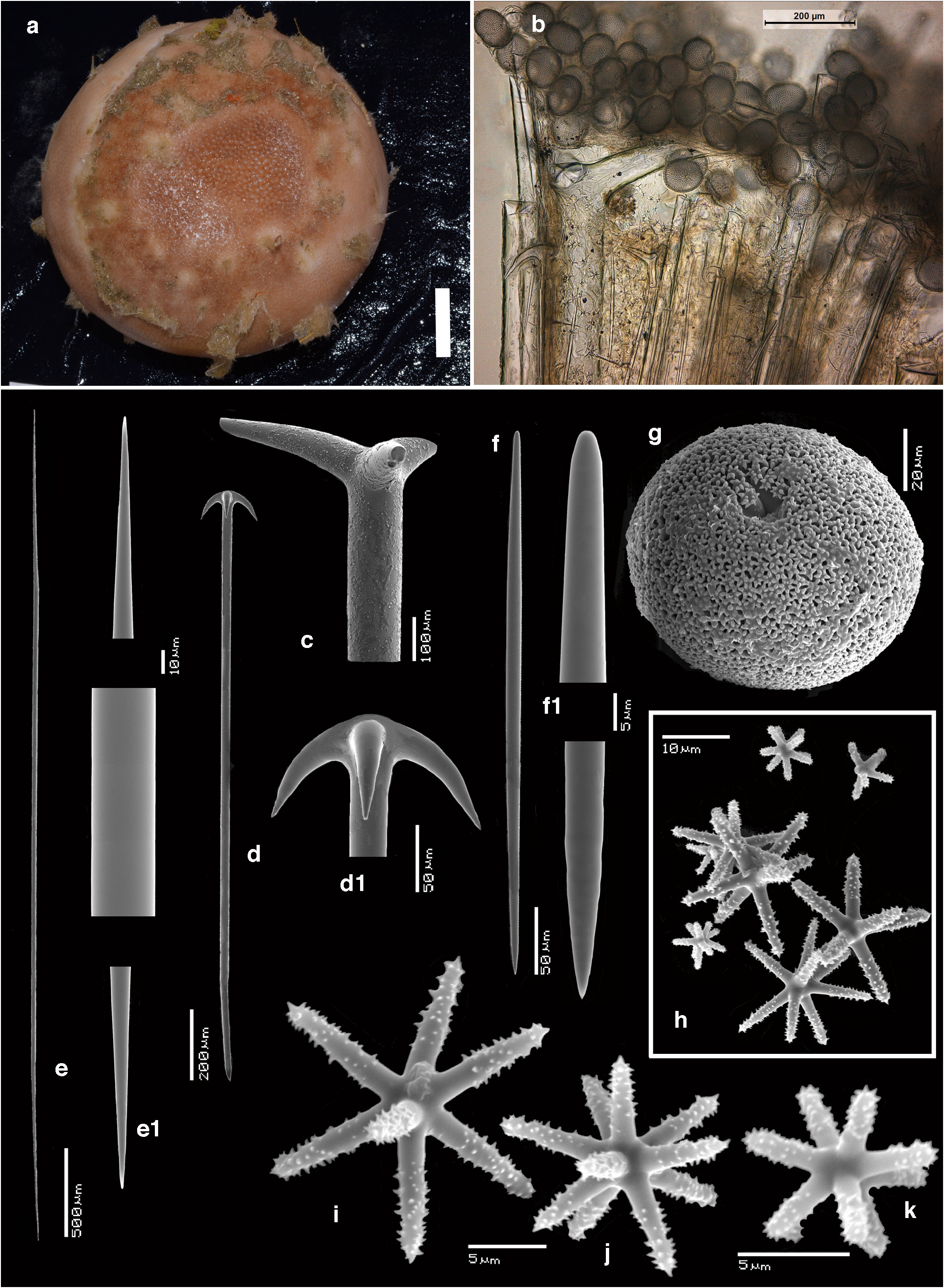