Description. Thickly massive, folded plate ( Figs. 6a–c View FIGURE 6 ) of 2–4 cm thick and approximately 20–40 cm in lateral expansion. A fragment of 8 x 2 x 2.5 cm was preserved. Rough/hispid surface due to protruding spicules, which cause strong accumulation of sediment. No oscules visible. Color beige alive underneath greyish sediment layer, white-beige after preservation. Consistency hard, rough, but can be torn rather easily.

Skeleton. Radiate skeleton of long oxeas ( Fig. 6d View FIGURE 6 ), with a relatively low presence of calthrops-like shortshafted triaenes. Microxeas form a rather dense cover at the surface and are abundantly strewn in the choanosome.

Ecology and distribution. The holotype was collected on a carbonate rock wall just below the mesophotic zone off Bonaire.

Etymology. The name refers to the plate-like shape which is unusual in the genus Characella , but is characteristic for the related genus Poecillastra .

Remarks. The new species is assigned to Characella because of the occurrence of two microxea categories and the predominance of amphiaster microscleres (cf. Cárdenas & Rapp 2012). The habit resembles that of a Poecillastra , but that genus has a single microxea category and diverse streptasters including spirasters. Barbados Poecillastra sollasi sensu Van Soest & Stentoft, 1988: 36 (not sensu Topsent 1890) also has this habit, but differs in having metasters and spirasters, next to amphiasters. This Barbados material was discussed by Cárdenas & Rapp (2012), who pointed out that the species appears intermediate between Poecillastra and Characella in having two sizes of microxeas next to diverse streptasters. Apparently, habit is not a good marker for the two genera, which have been demonstrated to be distinct genetically ( Cárdenas et al. 2011). Characella aspera Sollas, 1886 as reported by Van Soest & Stentoft (1988: 38) from Barbados appears close in spiculation to C. poecillastroides n. sp., but is radically different in habit (see Table 2 View TABLE 2 and Figs 21a View FIGURE 21 1 View FIGURE 1 , 21a View FIGURE 21 2 View FIGURE 2 ). Several specimens were collected during the present submarine dives (BDR027 and 036). 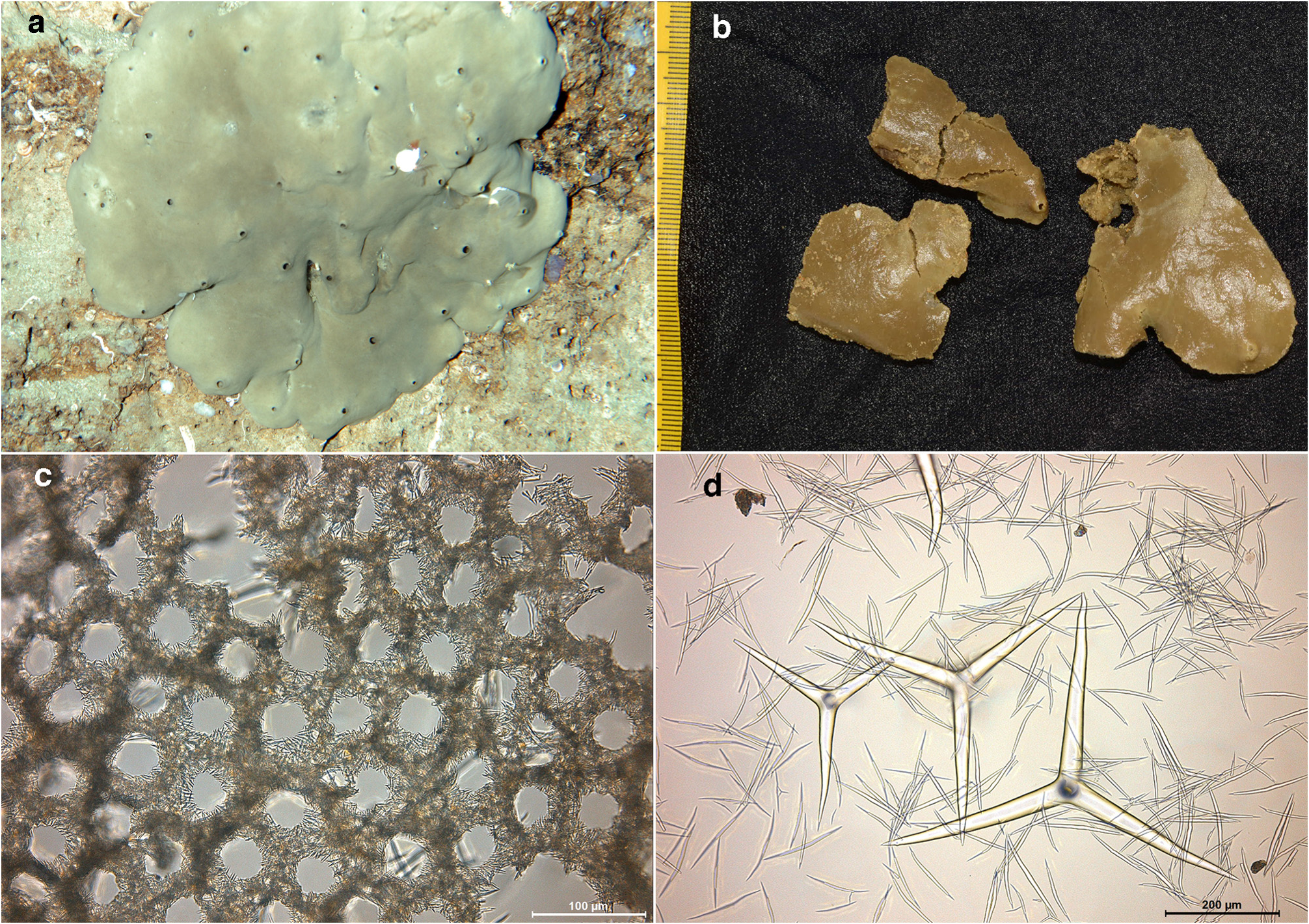 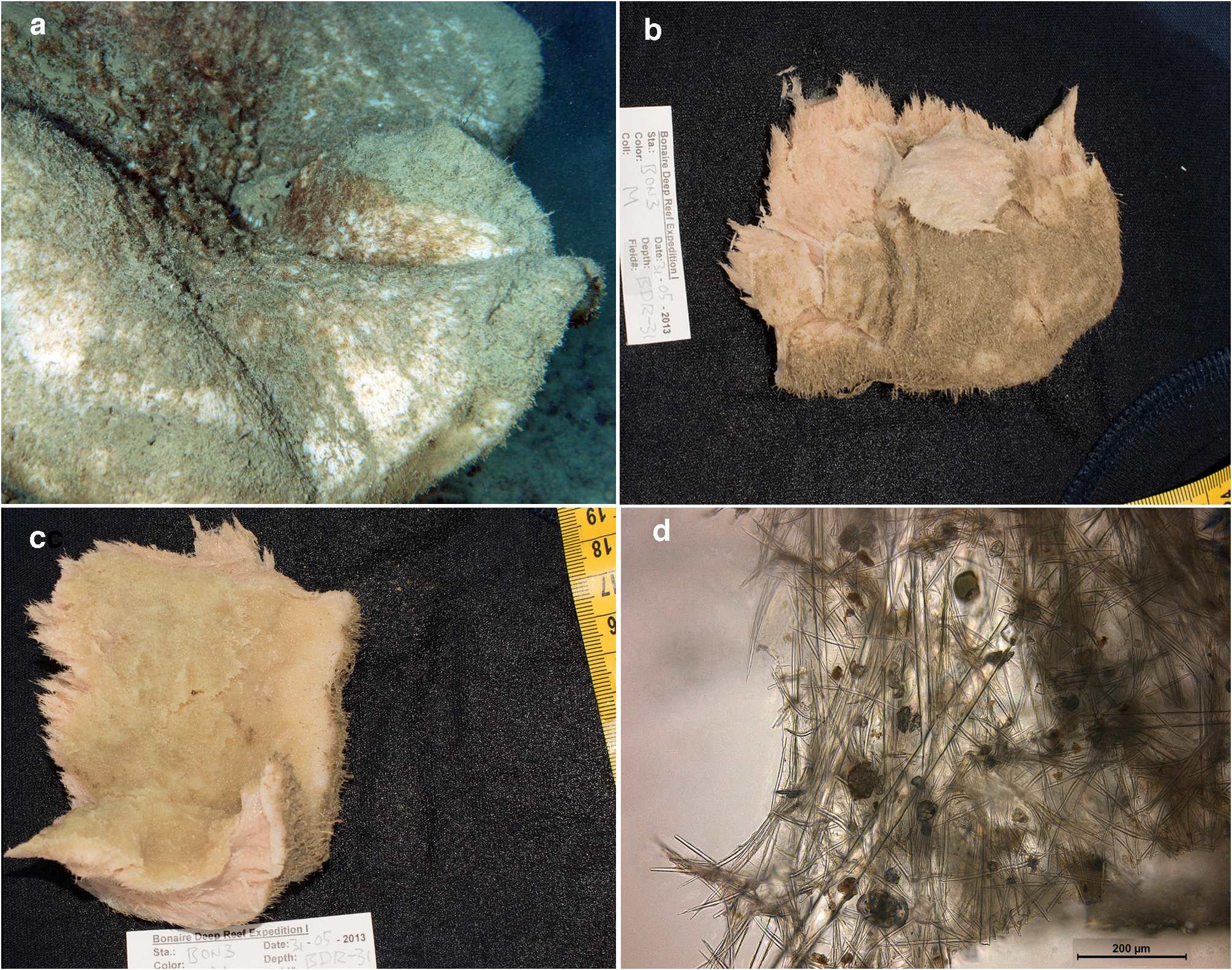