The type of this species is a ♀ in the Brussels Museum collection; and Laidlaw ’ s type-designations in this author’s revision of the genus Coeliccia , should be transposed. (Laidlaw thinks it very unlikely that the two sexes described by de Selys should be conspecific).

I have made sketches in the Brussels Museum of the prothorax, the quadrilateral spaces of fore and hinder wings, and of the colour-pattern of the synthorax of the type,, and I find these details well agreeing with those of a fine series of females collected by Mr. Coomans de Ruiter in western Borneo. The last-mentioned examples I had associated with males from the same locality, identified by me as C. macrostigma, Laidlaw, with some misgivings. According to Laidlaw (loc. cit.), the ♀ of macrostigma (from Baram, Sarawak) is destroyed, which is extremely unfortunate. Since my specimens of macrostigma from West and East Borneo differ a little from the descriptions of that sex as given by Laidlaw, I hope to describe in detail both sexes of our series in a forthcoming paper on Bornean dragonflies.

The middle lobe of the prothorax of the type of octogesima carries on either side a tooth-like, sub-acute lateral process (p), which rises close behind the junction of the anterior and median lobes, as in other species of the membranipesgroup . The lamina mesostigmalis is indicated in fig. 12 View Fig as l.m. 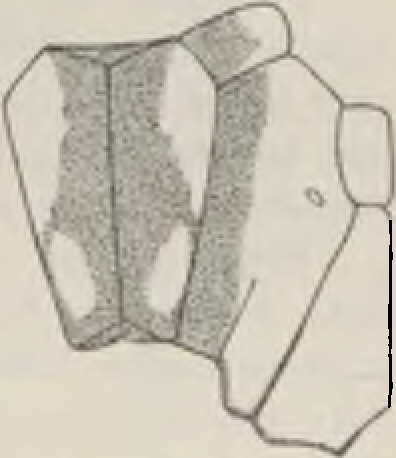