Synthorax, as far down as the first lateral suture, including the mesinfraepisternum, shining greenish bronzy-black with slight coppery reflections on mesepimeron. Sides light ochreous, intermingled with green, with a strongly contrasting black stripe joining the second suture, tapering ventrally, at extreme dorsal end; this stripe is about twice as wide as the metepisternal pale band, but soon diminishes in width, attaining only half its width at level of the spiracle, which it does not include; posterior limit of this black stripe rather diffuse ventrally. Metepimeron for the greater part and under surfaces pale yellow or whitish. Ante-alar triangles pale-coloured (blue in life?).

Wings hyaline. Accessory basal postcostal nervure situated midway between base of wing and Ax1. Ac oblique, placed midway between Ax1 and Ax2, it meets the wing-margin well before the production of the proximal side of q, joining Ab at margin under an obtuse angle an all wings. Ab almost 1 1/2 times longer than Ac. Cu1 reaching the hind margin at 4 cells distal to level of subnodus. Postnodals 12 in all wings. Ma arises slightly distal to subnodus in all four wings, Rs between nodus and Px1. M 2 originates at the 6th or 7th postnodal in fore, at the 6th in hinder wing. M a 2 - 3 cells distal to M 2 in fore as well as in hinder wings. Two postquadrangular antenodal cells. Pterostigma jet-black surrounded by a very fine pale line, about 1% to 2 times longer than high, slightly widened distally; costal side only very little shorter than anal side; proximal angle rather acute, distal side slightly convex.

Abdomen enormously drawn out and very slender, apical segments strongly dilated. Segm. 1 -2 brownish above, greenish-yellow aside; dorsum of 2 blackish basally and with a yellow longitudinal mid-dorsal stripe, widest basally and fading away posteriorly; 3 - 7 with narrow yellow basal rings, thence brown, becoming black apically. Segm. 8 -1 0 deep black, lateral tergal margins of 8 broadly yellow; 9 with two widely distant squarish blue spots, one on each side of the middle, reaching half the length of segment; 10 black. Membrane between segm. 9 and 10 also blue.

This new species is probably most closely related to the rufostigma-group of Drepanosticta , but it is abundantly distinguished from all Bornean species of this group by the dense brush-like row of hairs on the innerside of the superior appendages of the male. In this respect barbatida approaches a small group of Malayan species, described by Dr. Laidlaw, which are remarkable for the presence on the superior anal appendages of a curious process, which itself carries a pencil-like brush of long hairs. The lower appendages in these species are of very complex structure, differing widely in shape from those of barbatula . Our new species is also peculiar for the extreme length of the abdomen. D. barbatula is the tenth species known to occur in Borneo. 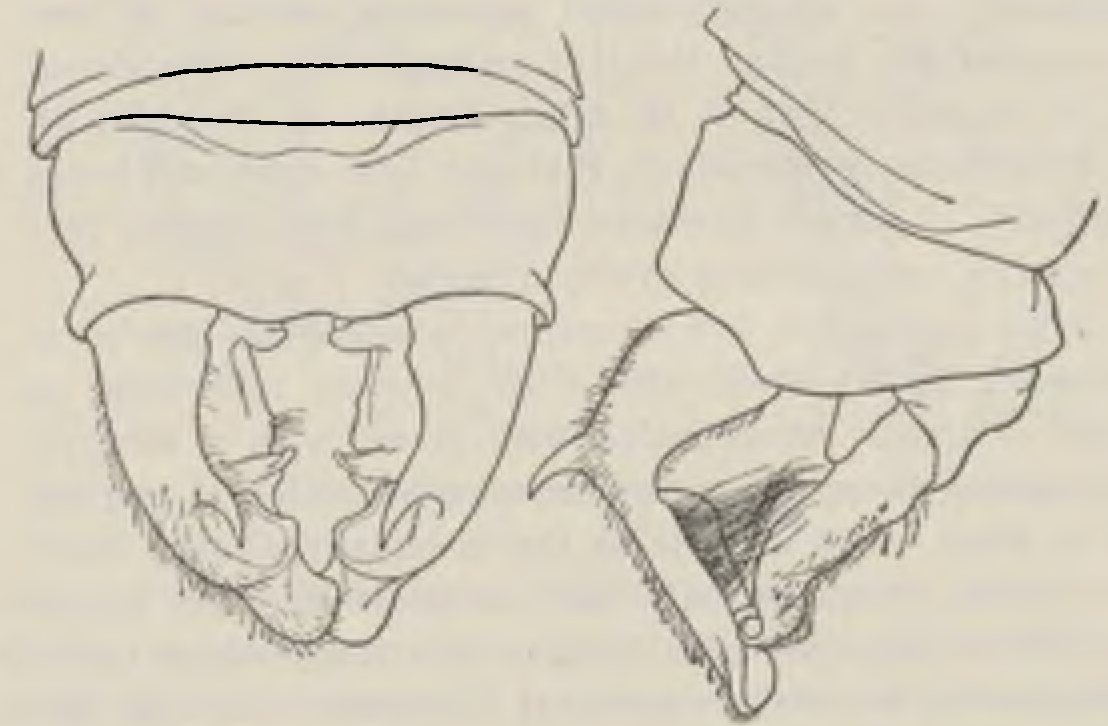 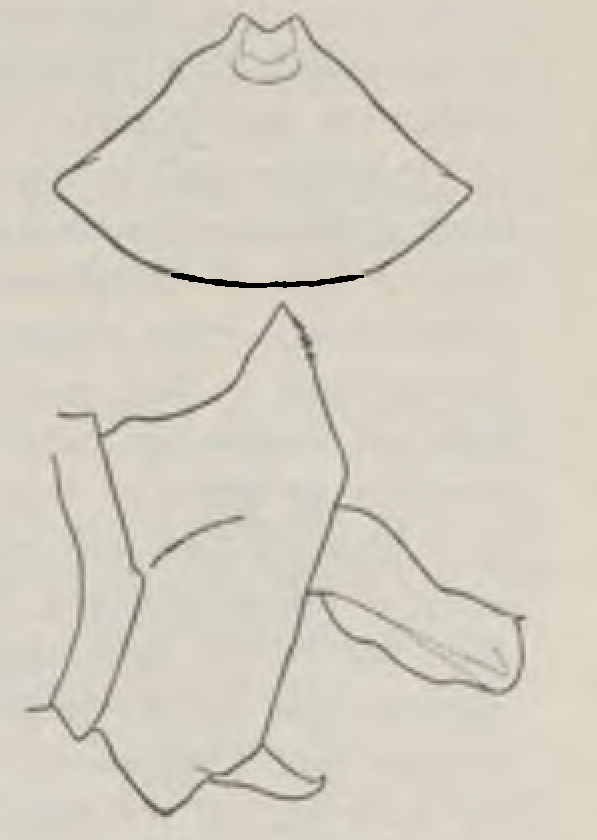