Two species that can be found in Minas Gerais state may resemble H. denisye : H. cyane and H. obsoletum Selys, 1886 . Heteragrion denisye occurs in a locality 400 km away from the type locality of H. cyane ( Fig. 1 View FIGURE 1 ). Both species are only known from their type localities. In comparison with H. cyane ( Fig. 4 View FIGURE 4 ), H. denisye exhibits the three portions of the cerci with some differences. In H. denisye , BP and MP are subequal in size and AP is visibly the shortest portion. In H. cyane , BP is the shortest whereas MP and AP are subequal. Both H. denisye and H. cyane have a ventrobasal expansion on the basal portion of cerci, less concave in H. cyane ( Fig. 3a View FIGURE 3 ) in comparison to H. denisye ( Fig. 4c View FIGURE 4 ). Heteragrion denisye has a ventral branch on MP, with a rectangular plate-like conformity (MP in Fig. 3a View FIGURE 3 ), similar to H. cyane (MP in Fig. 4c View FIGURE 4 ). However, in the latter, the apex of MP is rounded, while H. denisye has MP with bilobated apex.

As for H. obsoletum , the only comparable trait Selys (1886) mentions for H. obsoletum is that “un renflement ou dent interne arrondie après leur milieu”, suggesting that male cerci have rounded MP. Therefore, here we consider that H. denisye may be distinguished from H. obsoletum by the presence of a bilobed MP, rounded in H. cyane . We cannot make further accurate comparisons or associate H. obosoletum with any known Heteragrion species because of the problematics involved. First, the validity of H. obsoletum is yet to be addressed until the holotype is found or a neotype designated. The only known specimen had its cerci lost before Selys finished its description (Selys 1886, p. 58) and nothing is known of the whereabouts of the holotype, except for its original label in the RBINS collection (Jérôme Constant pers. comm.; Fig. 5 View FIGURE 5 ). Machado & Souza (2014) mentioned that the description of H. obsoletum made by Selys (1886) is very poor in terms of structural characters, what hampers comparisons. Moreover, in a personal communication, Marcel Wasscher mentioned that “Unfortunately, Selys had made no drawing or notes on that species”. Second, the type locality of H. obsoletum, Caxambu , has been visited by Ângelo Machado in several expeditions, nevertheless, specimens of H. obsoletum could never be found (Ângelo Machado pers. comm.). Moreover, Caxambu is distant from the type localities of H. cyane and H. denisye ( Fig. 1 View FIGURE 1 ).

Habitat and Ecology. This species was collected in a first order stream near to a Vereda (i.e., palm swamp) within the altitude fields (which differs from the surrounding phytophysiognomies mainly by its sparse vegetation, lacking woods and often occurring> 1.300 m asl) of the park (27 km from São Roque de Minas, entrance to the Serra da Canastra National Park, Fig. 6 View FIGURE 6 ). The species was found perching on a shaded area of the stream ( Fig. 6a View FIGURE 6 ), which was quite difficult to access due to the tall grass and muddy soil. We collected several Peristicta spp., a couple Argia sp. and one female Franciscagrion franciscoi Machado & Bedê, 2016 in the same area.

Final remarks. Most Heteragrion species are often characterized by their yellow/orange body coloration contrasting with dark pterothoracic stripes, mainly on the middorsal carina and mesepimeron. However, coloration seems to be a plastic trait even among conspecifics, therefore, should not be considered a reliable character for taxonomic use ( Lencioni 2013). Nevertheless, some species are known to exhibit colors that diverge from the common yellow/orange/black pattern, which are easily recognizable both in the field and in collections. For example, Machado & de Souza (2014) described H. cyane from Minas Gerais state, a remarkable species with a blue/black body pattern. Dunkle (1989) described H. azulum from a single male collected in Mexico, with blue-gray bands on the pterothorax and orange coloration from segments eight to ten. Heteragrion inca Calvert, 1909 also seems to present some blue thoracical colors (Rosser Garrison pers. comm). Heteragrion denisye is certainly a remarkable species in terms of coloration, being easily distinguished from other Heteragrion .

Finally, H. denisye was found within a National Park that harbors many endemic and poorly known species ( Machado & Bedê 2015; Novaes et al. 2018; Cezário et al. 2018, in press). Furthermore, the habitat in which H. denisye was collected differs from the areas where it is common to find other Heteragrion species ( Fig. 6 View FIGURE 6 ). Instead of inhabiting shaded areas in dense forests, H. denisye was found in a small patch of vegetation in an open field ( Fig. 6a View FIGURE 6 ̅b). The discovery of this new species justifies the actions for species conservation in the National Park, such as the expeditions that resulted in this study, which are essential for monitoring populations of these rare and already endangered species. Furthermore, the altitude fields are known for their high degree of fauna endemism, yet are one of the most susceptible to anthropic pressures ( Vasconcelos 2014). Therefore, more collections are needed in the immediate surroundings and other areas of the park to find additional populations of these species. 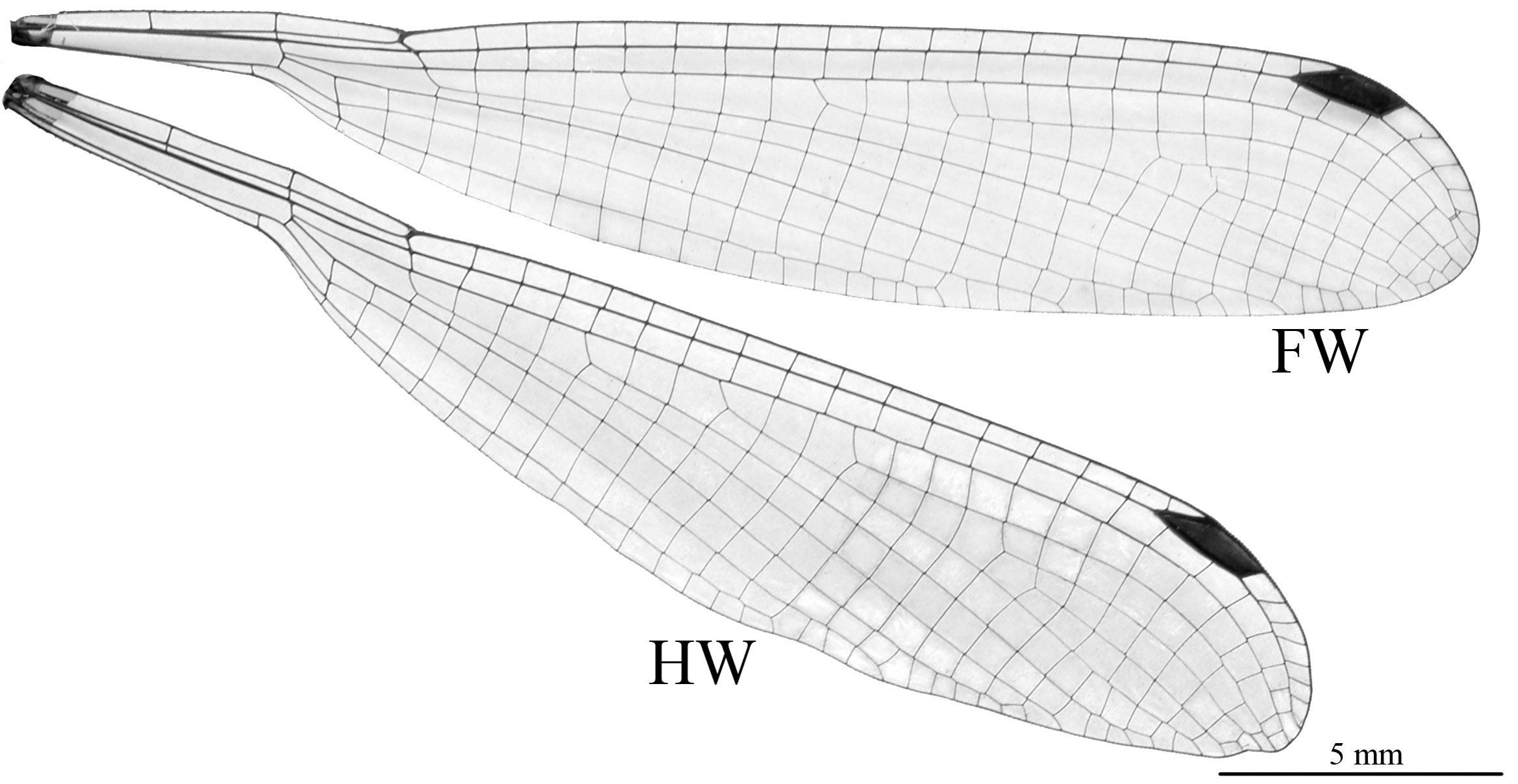 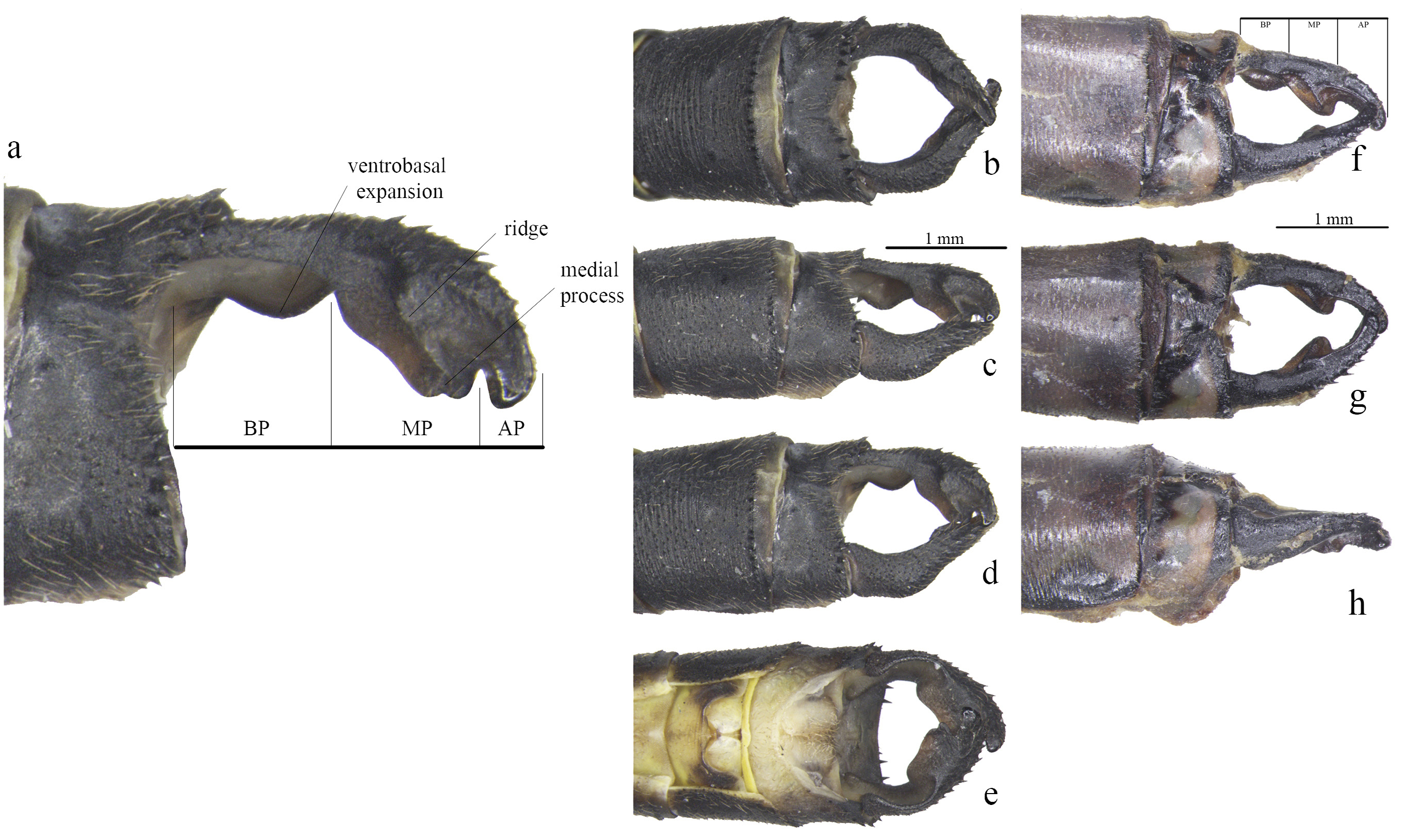 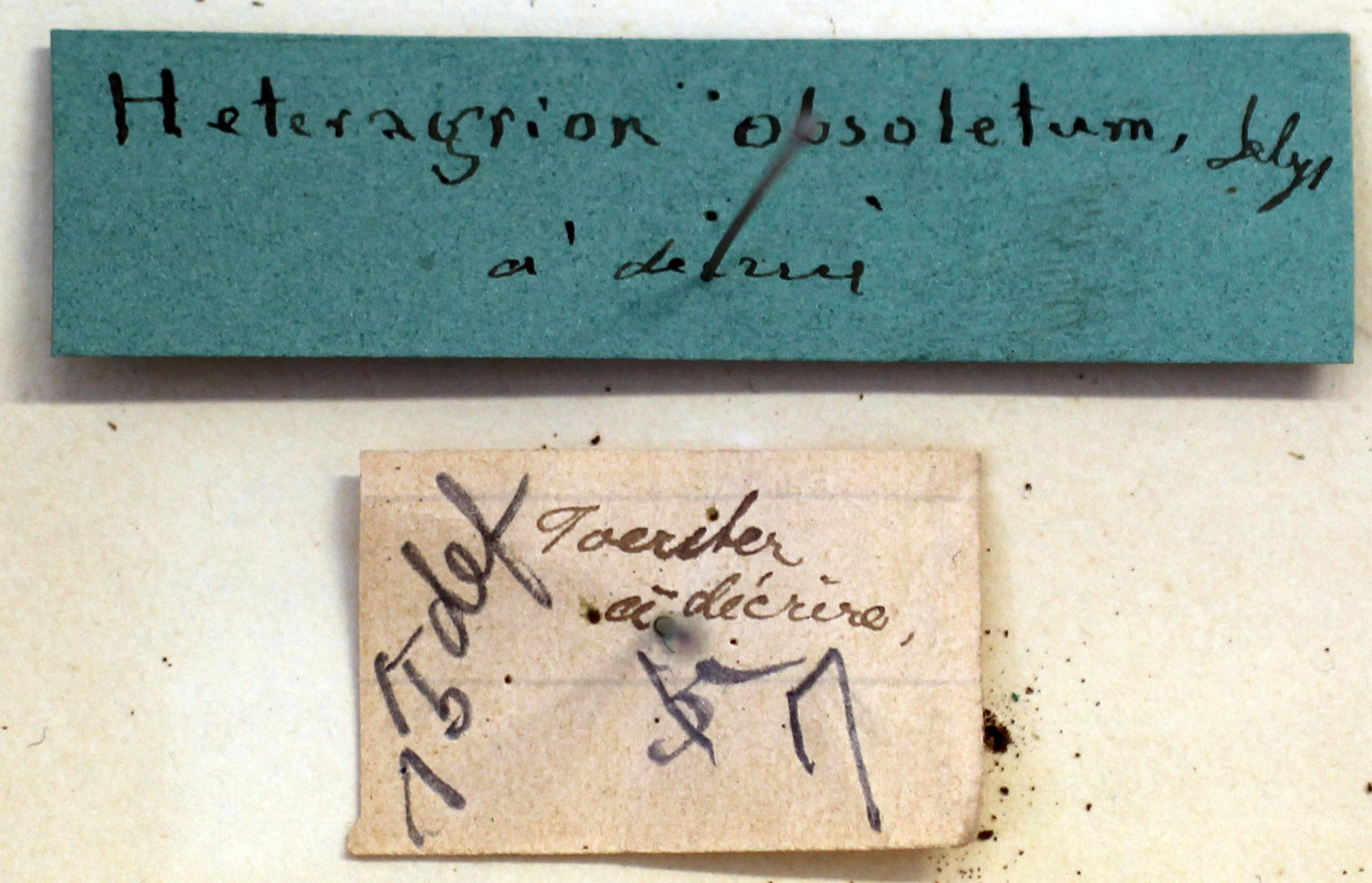 FIGURE 6. Small stream surrounded by a patch of vegetation in the altitude field, type locality of Heteragrion denisye.