Remarks: This species was described by Calvert (1909) from Iquitos ( Peru) based on a male and a female from Hagen´s collection. Calvert provided a very simple illustration of male cerci in laterodorsal view, which depicts the distance between bifurcation of medial process and tip of cerci as close to one half the length of cerci. Williamson (1919) examined the type material (only the male, the female was lost) and discussed the possibility of a synonymy between H. icterops and H. inca . Williamson did not put much attention to caudal appendages and replicated the not very informative illustration of H. inca cerci by Calvert, but he gave a good illustration of color pattern of head. The holotype of H. inca seems to be lost (Rosser Garrison pers. comm. 2018), however, color pattern of head, which is very conspicuous, and the detailed and accurate description of coloration by Calvert, have allowed to identify a species that matches all these characteristics and occurs in the same region. Despite, cerci differ from Calvert`s (1909) illustration, because the middle process is located more distally, at approximately 3/4 of cerci length ( Fig. 10 View FIGURE 10 A–C), we believe these specimens represent H. inca . Bota-Sierra et al. (2015) reported H. inca from Colombia in Amazonas Department. Here, we report this species also from Putumayo Department. 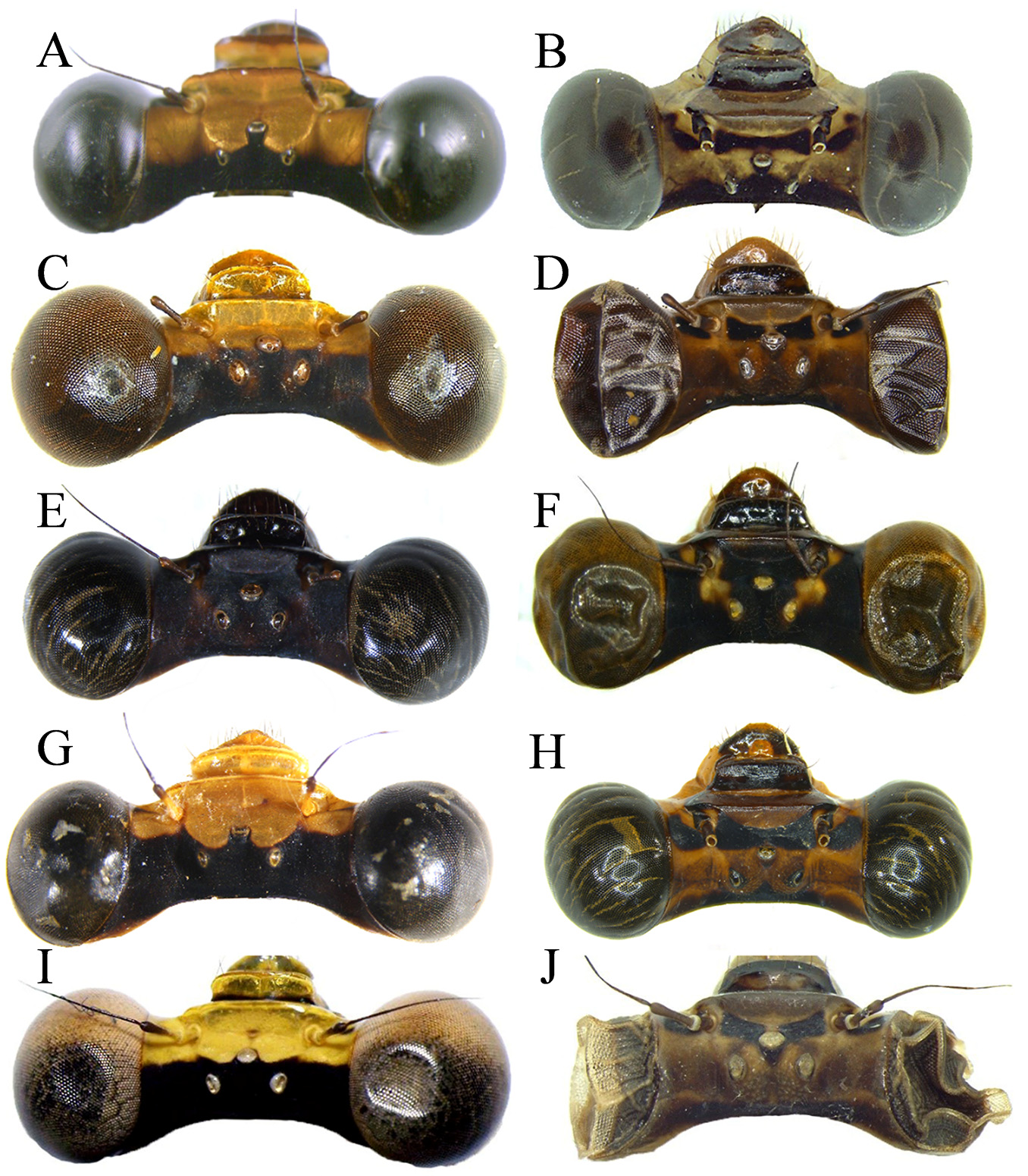