Biology. The biology of the species appears not to have been studied in detail, but is likely to resemble that of other species of Sinoxylon  ( Beeson and Bhatia 1937, Liu et al. 2008b). A summary of what is known is given in CAB International (2004 as S. conigerum  ). Tomimura (1993) showed that the adults and larvae reduced the starch content of rubber wood, but not the levels of holocellulose and lignin.

Hosts. Apparently polyphagous attacking almost any woody plant in suitable condition. Previously recorded from Hevea brasiliensis  in Malaysia by Miller (1934) and Hussein (1981). No hosts appear to have been recorded previously in Thailand.

Biology. Beeson and Bhatia (1937) note that in northern India, the adults emerge mainly between May and November, with a annual life cycle, that may be extended for a further one or occasionally two years. Woodruff et al. (2005) give further information from the published literature. Th e biology of the closely related species, Xylopsocus bicuspis Lesne  is described by Liu et al. (2008a). 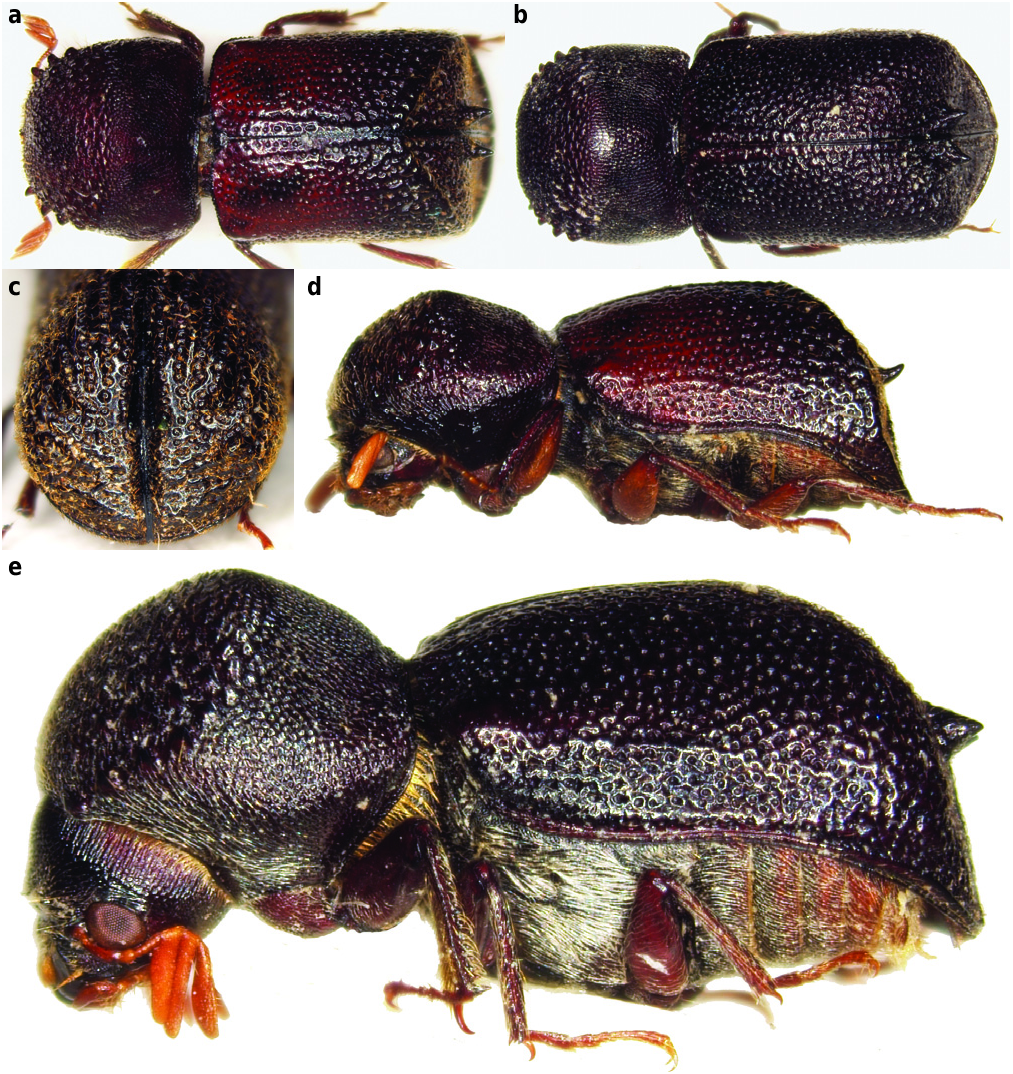