Note. This, ca 30 mm long species is characterized as by the presence of some troglomorphic features, such as reduced body pigmentation and somewhat elongated walking legs and antennae. Golovatch & Makarov (2011: 18, figs 33 and 34) mistakenly show the same drawings for leg-pairs 4 and 5. In this species, leg-pair 5 is characterized by the presence of a well-developed, oral, basal protrusion on the prefemur. As in the previous two species of this genus, the gonopods of this species are also characterized by the presence of an anterior, hairy, sternal sac, and by the presence of a medial syncoxal part and two lateral parts. The syncoxal medial part is squarish, with an anterior projection and with coxal vesicles posteriorly. The lateral parts are significantly shorter than those in H. longicorne sp. nov., but higher than in H. feminaepectorum sp. nov. The posterior gonopods consist of the same parts as in the other species of Heterocaucaseuma and Caucaseuma : coxites divided, each with a pair of flagelliform processes; posterolaterally with telopodital remnants; coxal vesicles present anteriorly. 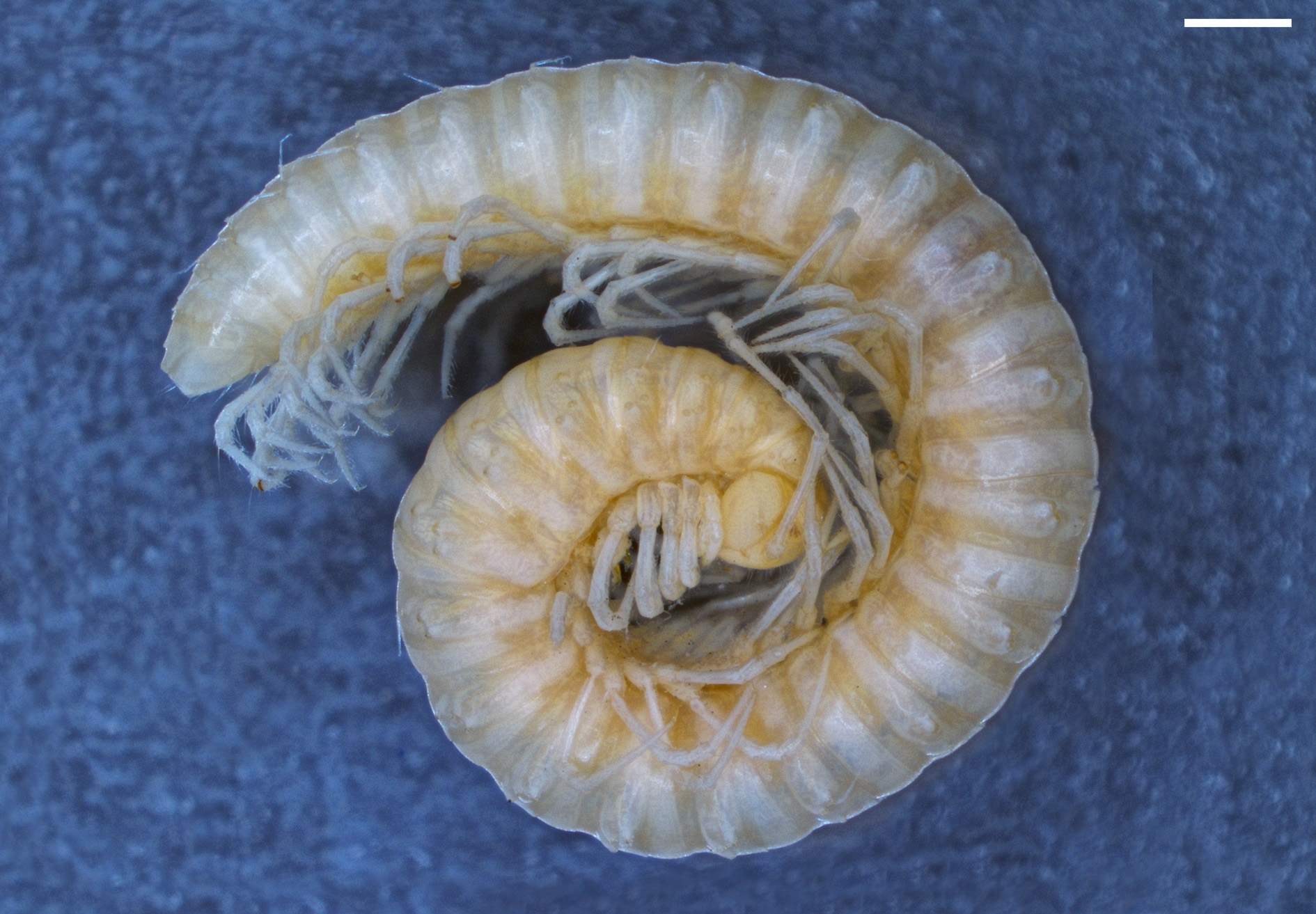 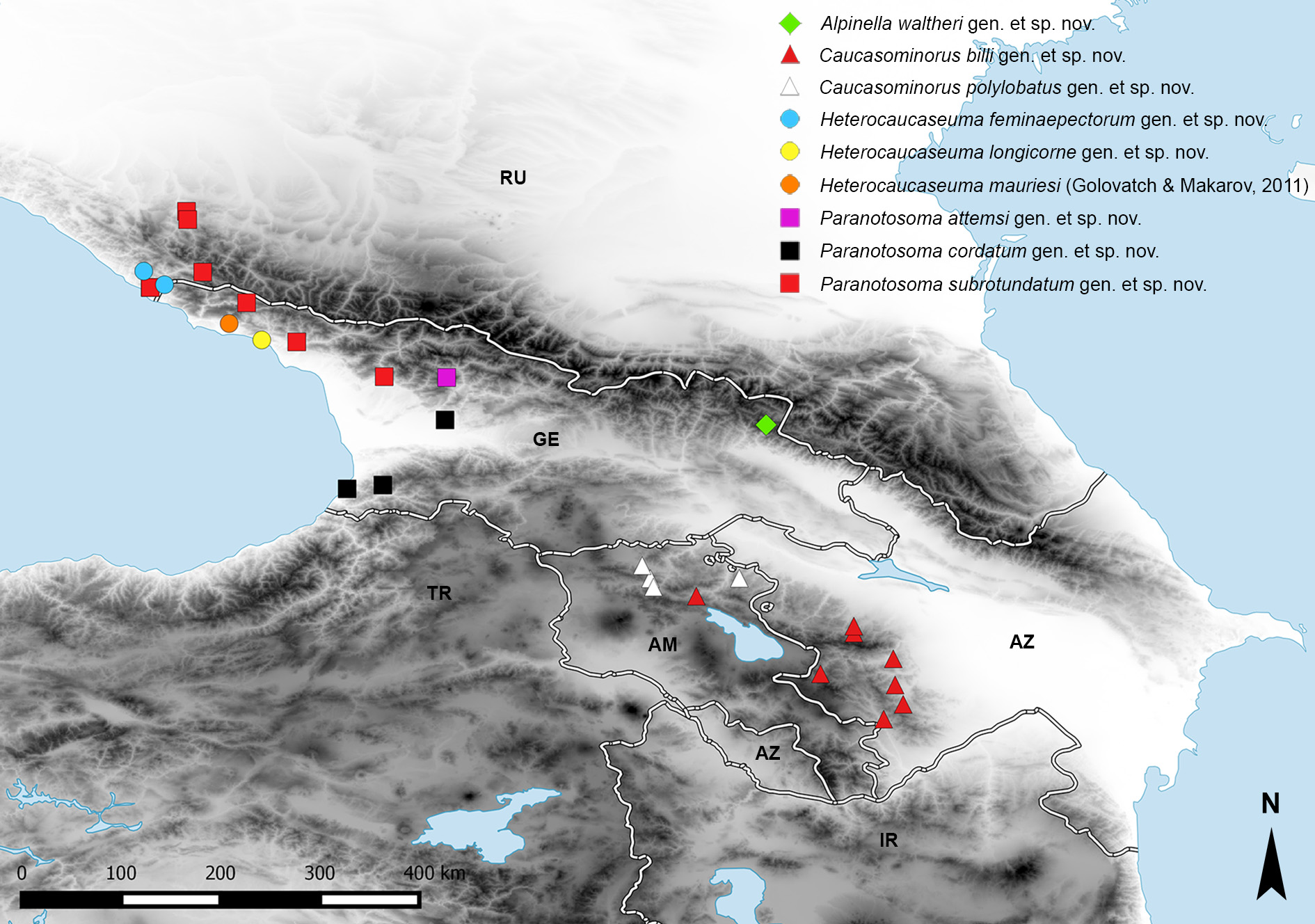