Remarks. The material examined does not agree with any other representatives of the genus previously reported from Antarctic and sub-Antarctic waters ( Galea et al. 2017). It shares with the material described as Sertularella  sp. by Peña Cantero (2008) the size of the hydrotheca, but differs in the shape and length of free part of the adcauline wall. By the shape and great size of the hydrotheca, the material examined closely resembles to Sertularella gayi ( Lamouroux, 1821)  , previously known from South Africa ( Ritchie 1909) and the Patagonian region ( Blanco 1982 and literature cited), and Sertularella blanconae El Beshbeeshy, 2011  , known from the Patagonian region ( El Beshbeeshy 2011). However, the scarcity of the available material and the lack of gonosome prevent us for providing a proper identification. 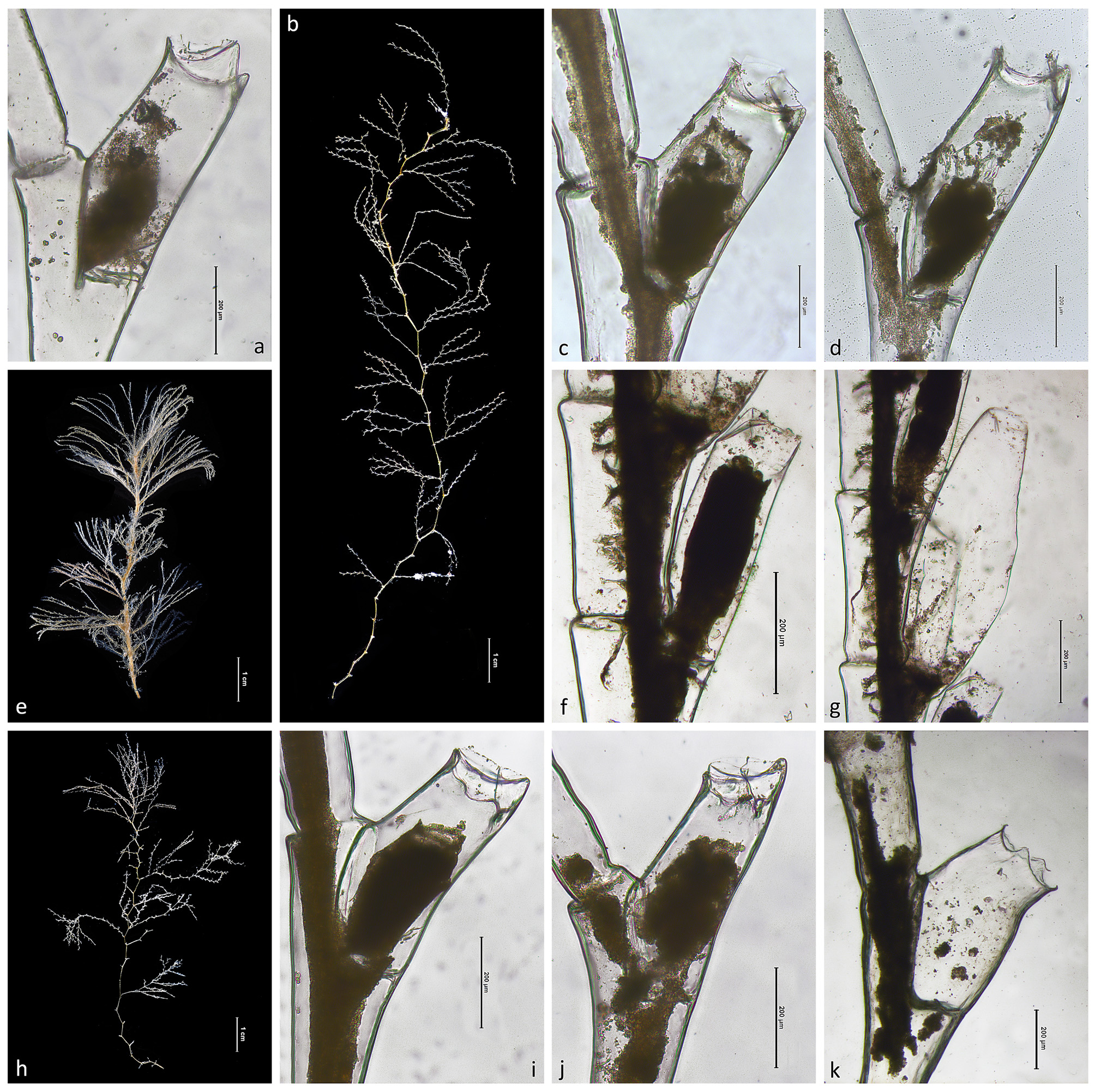