Remarks. Aside from Sarsia medelae Gili, López-González & Bouillon, 2006  , a non-parasitic mesobiont inhabiting calcaxonian gorgonians in the Weddell Sea ( Gili et al. 2006), very few reports of the family Corynidae  exist for Antarctic waters, most of which could not be assigned to species level with enough solid grounds. Hickson & Gravely (1907) mentioned an undeterminable immature Corynidae  from McMurdo Sound (Ross Sea). Later, Stepanjants (1979) reported Sarsia tubulosa (M. Sars, 1835)  (as Coryne tubulosa  ) from the Davis Sea, although her Antarctic material was infertile. Recently, Peña Cantero et al. (2013) described the early formation of tetraradial canals on reared polyps under laboratory conditions, which let them to assign their material to genus Sarsia  with confidence, although no species could be attributed. These authors pointed out that their material might be conspecific with those previous records mentioned above. Material examined here might be also conspecific, but the absence of gonophores precludes a proper assignment even at genus level. Further research is needed regarding the corynids from the Southern Ocean. 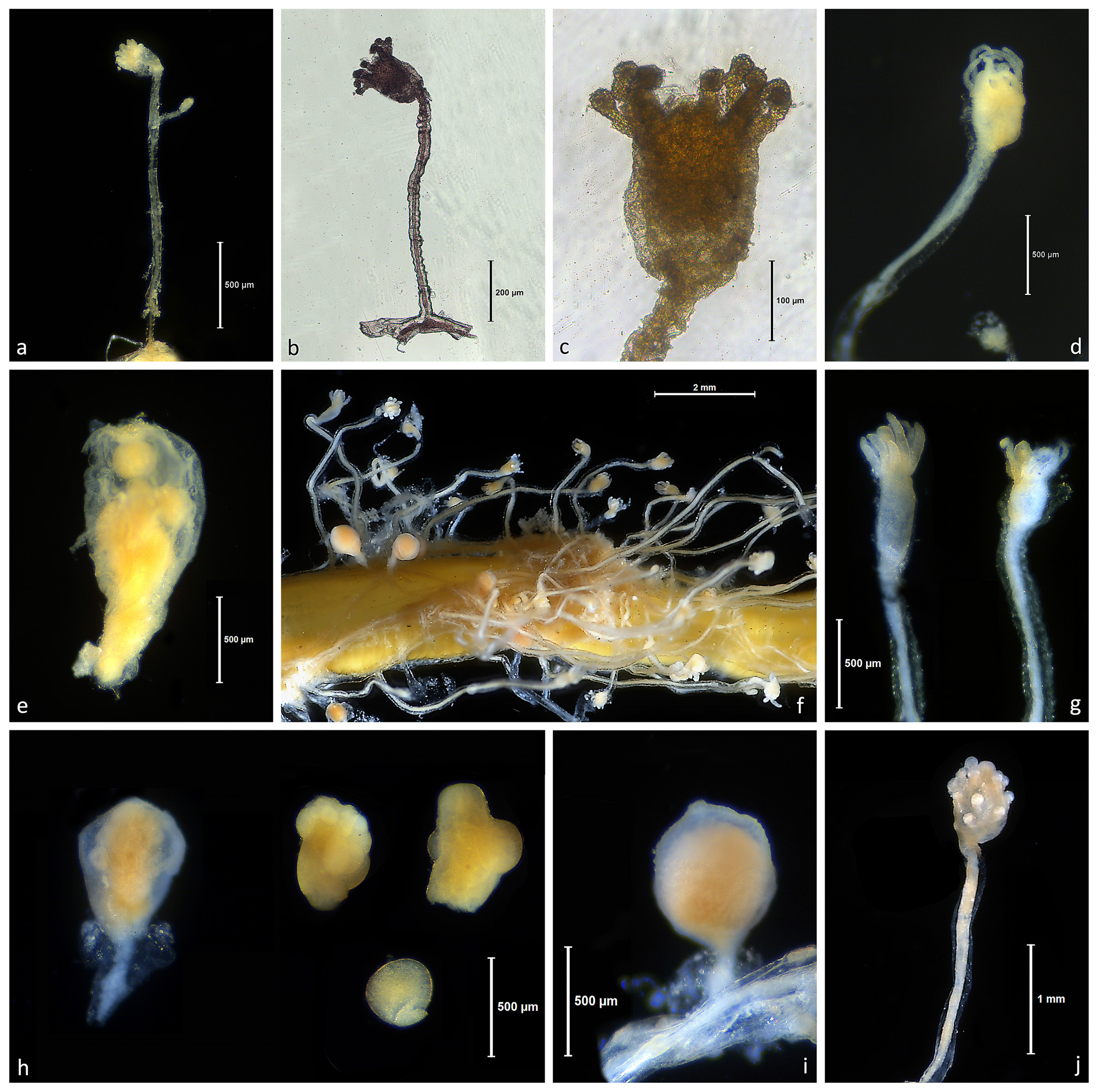