Remarks. As also mentioned by Svoboda & Stepanjants (2001), many juveniles have been observed sharing substrate with adults, pointing to a gregarious habit, and putatively restricted dispersal capabilities. Juvenile specimens, especially the youngest ones, have slightly capitate aboral tentacles ( Fig. 5aView FIGURE 5), which is in agreement with the genus diagnoses by Campos et al. (2007).

Originally described from the Ross Sea as Lampra parvula Hickson & Gravely, 1907  , the species has had a complicated taxonomical history, being re-allocated in several genera, even belonging to different families. It was considered as Corymorpha  by Stepanjants (1972), and later re-allocated in Lampra  by Stepanjants & Svoboda (1999). Svoboda & Stepanjants (2001) included it in the reestablished genus Monocaulus  . Nowadays, after the revision of the genus Zyzzyzus  by Campos et al. (2007), included within Tubulariidae  , the species is considered as a member of this genus ( Schuchert 2018). 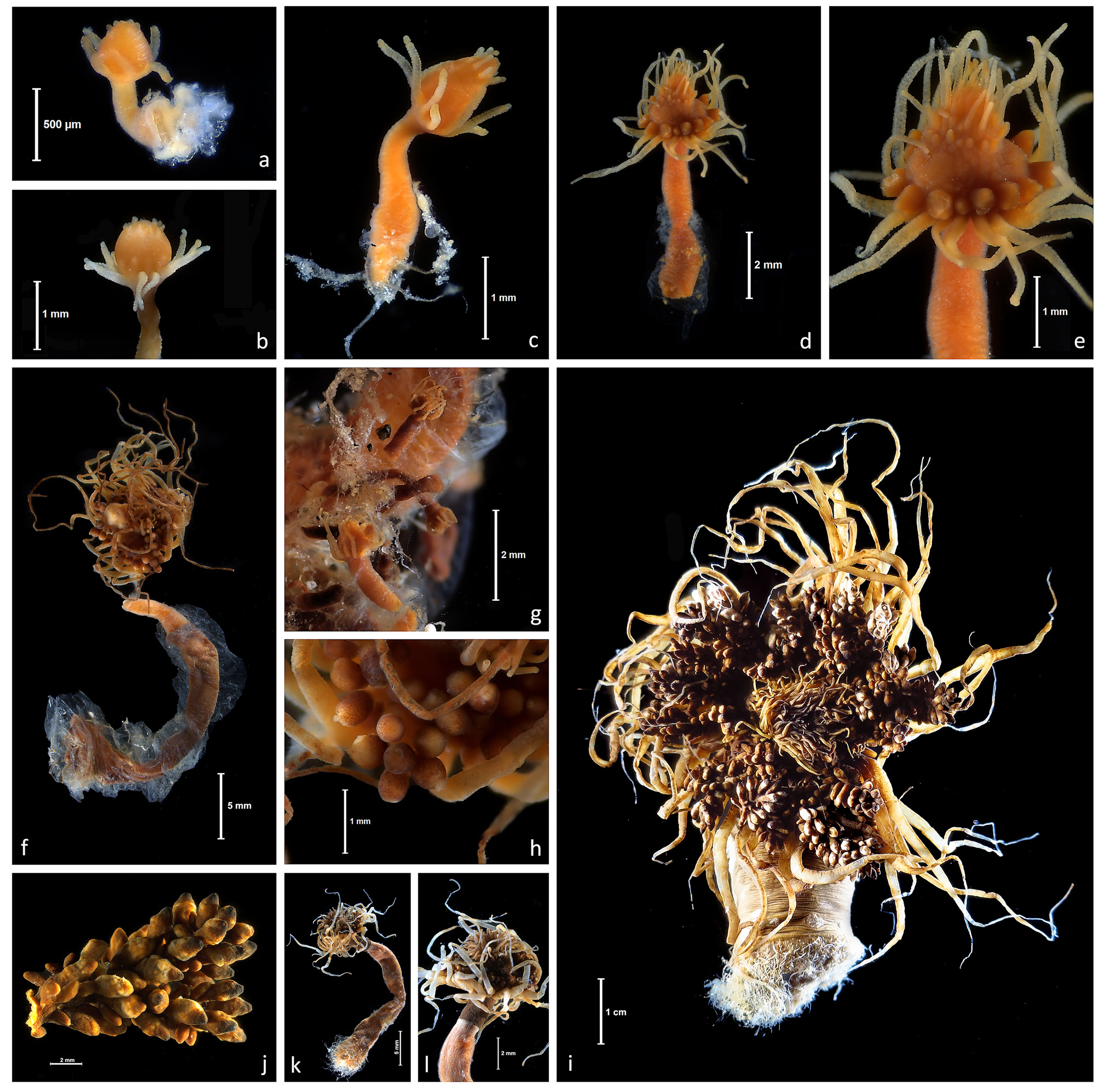