A small-sized Anoura that can be distinguished from other congeners by the following combination of characters: pelage dark brown overall with no distinct demarcation between dorsum and venter; tail present in two of six specimens; uropatagium narrow (<four mm at femur level) and densely furred with long hairs; and whitish claws on the hindfeet. Skull small with a long and narrow rostrum (GSL 23.7–24.8 mm); zygomatic arch complete; and lambdoid crest poorly developed. Upper incisors small and peg-like; first upper premolar (P 2) also peg-like and separated from the upper canine by a wide gap; second upper premolar (P 3) with anterobasal cusp absent; third upper premolar (P 4) without a posterolingual shelf; and paracone and metacone well developed in M 1. Mandible with long, thin, and delicate ramus; mandibular symphysis larger than canine width; and infra-angular process ventral to the middle part of the sigmoid notch.

Anoura javieri is a small-size bat (HBL 61.0– 69.0 mm). Dorsal pelage is long (about 6–7 mm), dark brown, and woolly throughout; individual hairs are white at the base (80%) contrasting with dark brownish tips (20%). The ventral fur is dark brown and not contrasting with the dorsal coloration; chin is dark brown as well, but the hairs have two bands, white in the base and dark brown in the tips. The mystacial vibrissae are dark brown, robust and comparatively long. The supra and infralabial vibrissae are present and long. The genal and interramal vibrissae are present and relatively long. The tragus is long (5–6 mm) with a rounded tip. The forearm is moderately long (37–38 mm) and densely haired. The interfemoral membrane is reduced to a narrow band (1.1–1.9 mm, measured in dry skins) with its edge densely furred with long hairs (4.3 mm average, some reaching up to 5.4 mm). The femur is barely haired or naked on the proximal half, becoming densely furred on the distal half. The tibia is densely haired. The tail is present in two of six specimens (absence could be an artifact of preparation). The feet are long and have whitish claws.

The skull has comparatively short and smoothly rounded braincase, and a long and comparatively narrow rostrum (GSL, 23.7–24.8 mm). The zygomatic arch is complete, straight and slender. The palate is moderately depressed, with posterolateral margins shallow and without palatal processes. The lambdoid crest is weakly developed. The paraoccipital processes are conspicuous, slender, and medially oriented. The upper incisors are notably weak, peglike, and subequal. The surface of the upper canines is smooth, without a conspicuous sulcus. P 2 is peglike, without the anterobasal cusp, but has a low posterobasal cusp. P 2 is separated from the upper canine by a wide gap, which is almost twice the length of P 2. P 3 lacks the anterobasal cusp, and is separated from P 4 by a distinct gap. The postero-lingual cingulum on P 4 is absent or notably reduced, lacking a shelf. The molars have well developed paracones and metacones. The first upper molars are rectangular and have a weakly developed hypoconal basin; and the postprotocrista does not make an angle with the metacone. The lower premolars and molars are narrow, laterally compressed, and have well developed cusps. The paraconid on M 1 is comparatively elongated. The trigonid and talonid of lower molars are separated by a narrow constriction, and the trigonid is longer than the talonid. The mandibular ramus is long, thin, delicate, straight, and markedly low; and the mental foramen is comparatively small. The mandibular symphysis is large, usually subequal to the length of the lower canine or larger. The coronoid process is low, almost in line with the condylar process. A posterior process on the ventral surface of the mandible is well developed, and just ventral or postero-ventral to the sigmoid notch ( Fig. 1 View FIG ). View Figure View Figure

Anoura javieri is a small bat that differs external, cranial and dentally from any other known species of Anoura . It is easily separated from the larger species A. carishina , A. geoffroyi , A. latidens , A. peruana or A. cultrata by smaller size (forearm length <40 mm), zygomatic arches always present, paracone and metacones well developed, tail sometimes present (see below), rostrum unusually long, canines small and without sulcus, and P 1 not bladelike ( Tamsitt and Nagorsen, 1982; Mantilla-Meluk and Baker, 2010).

Anoura javieri and A. cadenai are of similar size (FA = 37.0–38.0 mm vs. 36.1–37.0 mm; GSL = 23.7–24.8 mm vs. 23.1–23.8 mm), but the skull and rostrum is much slender and delicate in the former species. In A. javieri , the upper canines are small without trace of a sulcus, whereas in A. cadenai , they is a moderate deep sulcus. In A. javieri , the upper incisors are separated when viewed from below ( Fig. 6 View FIG ), whereas in A. cadenai , they are in contact. In addition, A. javieri exhibits a distinct keel at the mandibular symphysis whereas A. cadenai has a reduced or absent keel. At present, A. cadenai is known only from western Colombia.

Compared to A. luismanueli , A. javieri is larger (FA = 37.0–38.0 mm vs. 33.6–36.9 mm; GSL = 23.7–24.8 mm vs. 20.4–21.6 mm), with longer rostrum and a longer palatal length (PAL = 12.6–13.5 mm vs. 9.6–11.0 mm). Other measurements that show no overlap between these two species are condylobasal length, maxillary toothrow length, dentary length, dentary height, and mandibular toothrow length. P2 is very small and widely separated from the canine in A. javieri . Hairs on the margin of the uropatagium of A. javieri are longer and denser than those found in A. luismanueli . In ventral view of the skull, toothrows converge anteriorly in A. javieri , in contrast to the more parallel toothrows of A. luismanueli . At present, A. luismanueli is known to occur only in Venezuela and Colombia.

Anoura aequatoris and A. javieri are more similar and could be confused because both have dark pelage and hairy uropatagia. However, A. javieri is on average larger ( GSL = 24.3 mm vs. 22.0 mm; FA = 37.4 mm vs. 35.8 mm), has a longer slen- der rostrum, and a smoothly rounded braincase. Additionally, A. javieri is characterized by a small P 2 that is widely separated from the canine, a M 1 with well-reduced hypoconal basin, and a shallow angle between the postprotocrista and metacone. Other differential characters of A. javieri are absence of palatal process, smooth anterior surface of upper canines, lower molars laterally compressed, m1 larger than the other molars, well developed paraconid, and lower molars with a deep constriction between the trigonid and the talonid. The mandibular symphysis in A. javieri is also larger than in most specimens of A. aequatoris , and the uropatagium is more densely haired.

It is a pleasure to dedicate this species to Javier Ortiz de la Puente Denegri (1928–1952), one of the first Peruvian mammalogists ( Fig. 8 View FIG ). Javier had been highly interested in the natural sciences since childhood, and became a professor at Universidad Nacional Mayor de San Marcos at an early age. Unfortunately, he died young at the age of 24 in a tragic automobile accident, thus was unable to complete several planned publications and could not have the opportunity to prepare students in mammalogy. However, his legacy continues among Peruvian biologists because of his charisma, talent and his few, but significant contributions. Surviving contemporaneous colleagues recall him as an enthusiastic, talented and devoted student of the natural sciences. The late professors Luz Sarmiento and Hernando de Macedo often talked about Javier as a talented young scientist. Javier Ortiz de la Puente inspired the senior author to follow him in the study of mammals. Both, the late Philip Hershkovitz and Karl K. Koopman personally knew Ortiz de la Puente and also expressed their admiration for him to the senior author. His monograph ‘Estudio Monográfico de los Quirópteros de Lima y Alrededores’ ( Ortiz de la Puente, 1951) is still a benchmark for anybody interested in the study of the Peruvian bat fauna. Additional notes, with photographs, on Javier’s life have been published by Aguilar-Fernández (2009) and Franke (2007, 2012).

The analysis of one stomach of A. javieri revealed an abundance of pollen of diverse forms, and vegetative remains that appears to be anthers. Neither arthropods nor endoparasites were found. No ectoparasites have been collected on any of the reported specimens.

The 13 craniodental and forearm length variables exhibited a normal distribution with the Shapiro- Wilk test. Multivariate tests of MANOVA showed an overall significant difference among species (P = 0.000 for Pillai’s Trace and Wilks’ Lambda). Bonferroni post-hoc test identified the variables that significantly differentiated species in multiple comparisons ( Table 4 View TABLE ). Anoura javieri differed significantly from A. aequatoris in six variables, from A. caudifer in 11 variables, and from A. fistulata in six of 14 variables. A Principal Component Analysis (PCA) of the measurements of A. caudifer , A. aequatoris , A. fistulata , and A. javieri , found two components with eigenvalues larger than 1.0. These two components (PC1 and PC2) accounted for 79.1% of total variance (56.3% and 22.8%, respectively — Table 5 View TABLE ). The third component had an eigenvalue of 0.79 (5.7%), and therefore was ignored. In the plot of PC 1, usually considered to be a ‘size’ component, vs. PC 2, A. javieri is clearly separated in morphospace. This plot shows that A. javieri is larger than A. aequatoris and A. caudifer , and suggests that ‘shape’ is an important factor to differentiate A. javieri from A. fistulata . Anoura caudifer and A. aequatoris show some degree of mutual overlap, but A. fistulata is also clearly separated from the other species ( Fig. 9 View FIG ). The variables that accounted for the greatest proportion of variance are CBL, GSL, MANDL, DENL, MXTRL, BRW, and PALTL, for the first component; and C 1 C 1, ZYGW, and DENT for the second component. FIG. 3. Map showing the collecting localities of: A. aequatoris (™), A. caudifer (l), and A. javieri sp. nov. (p) from Peru. Numbers are cross-referenced in Appendix 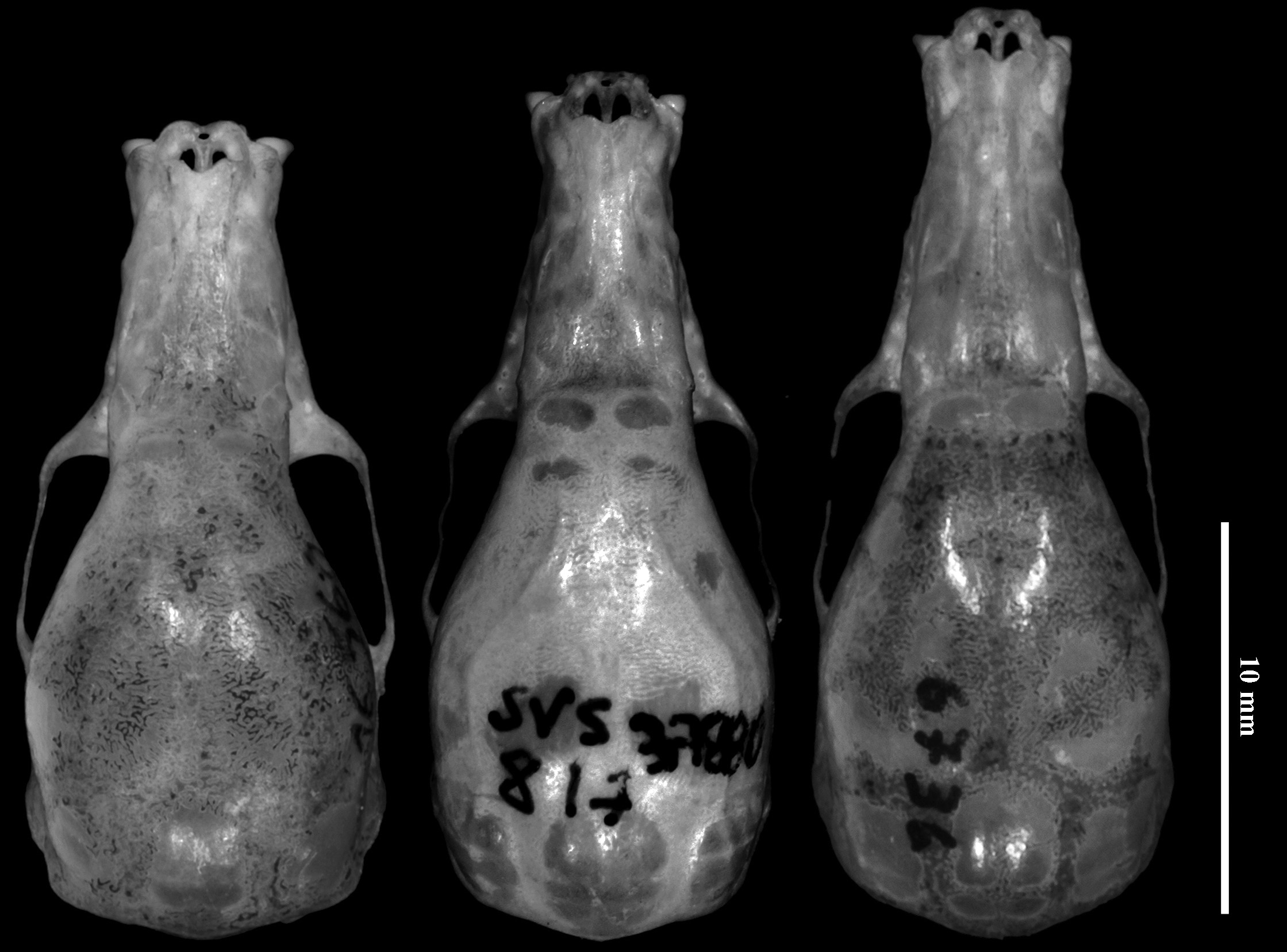 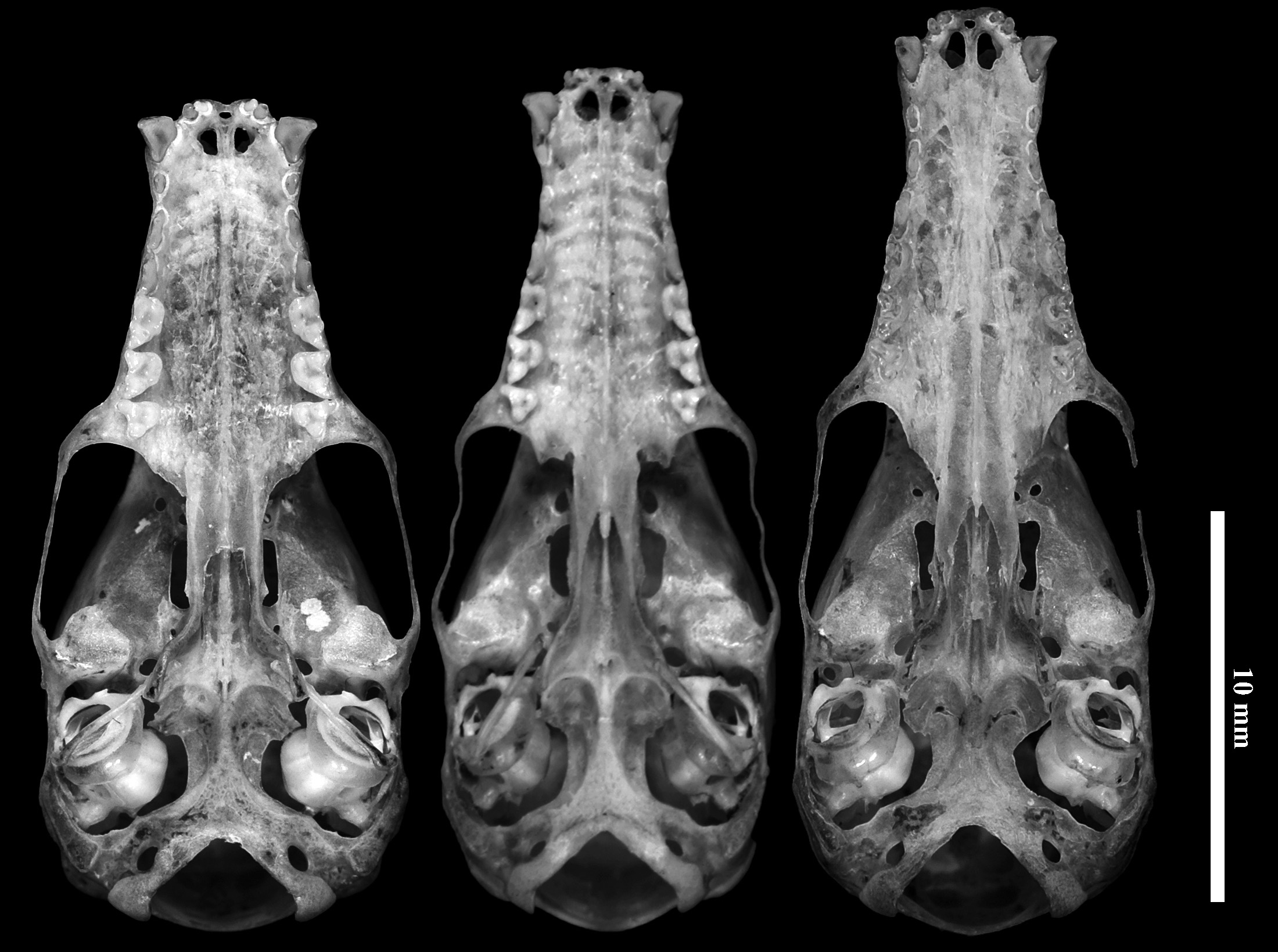 FIG. 8. A photograph of Javier Ortiz de la Puente Denegri, taken from Franke (2012) with permission of the author