Distribution in Israel: a single record from the Lower Galilee ( Figure 4View FIGURE 4 A).

Taxonomic and nomenclatural notes. The specimen examined belongs to a distinct lineage in the broad genus Geophilus Leach, 1814  that is distinguished by a combination of characters including the peculiar modification of the claws of the second maxillae into a stout tubercle abruptly tapering into a tip. Among the many species described in this group, the specimen collected in Israel most closely resembles G. nesiotes  , mainly in the number of trunk segments and the pattern of coxal pores. G. nesiotes  was described from Crete (Attems 1903 1929) but its distinction from the mainland European species G. insculptus Attems, 1895  (currently G. alpinus Meinert, 1870  ) has been questioned (Minelli 1978; Zapparoli 2002). 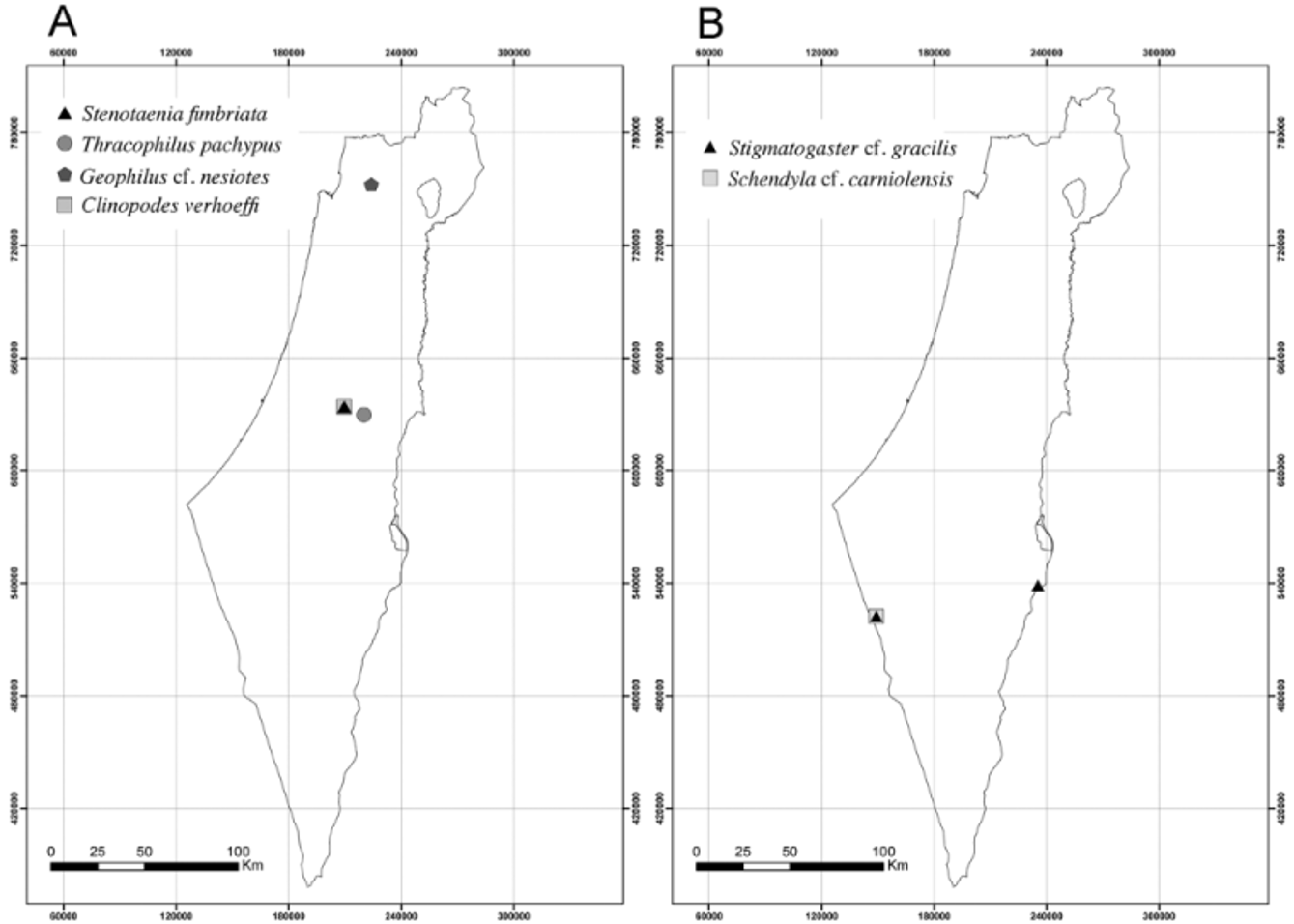 FIGURE 4. Collection maps for rarely collected species (one or two localities). A) Mediterranean and montane species. B) Desert species.