Distribution and habitat. Neusticurus bicarinatus  is endemic to eastern Amazonia  , with its western distribution delimited by the Negro River north of the Amazon River and Madeira River south of it, occurring in Brazil, French Guiana, Suriname, and Guyana ( Fig. 16View FIGURE 16). Rivas et al. (2012) also reported it from Venezuela. A record from Estirón, Rio Ampiyacu, Peru, based on MZUSP 13502, is considered doubtful, since this locality is well beyond the known range of the species (see comments above, in Arthrosaura kockii  ). In Brazil, N. bicarinatus  is known from the states of Amapá, Pará, Maranhão, Tocantins, Amazonas, Rondônia, and Mato Grosso. In the state of Tocantins the species was found outside Amazonia  domain, but associated with gallery forests that border the Tocantins River and downriver is connected with Amazonian forest. Neusticurus bicarinatus  is semiaquatic and diurnal, inhabits terra firme forest and swampy areas, always associated with creeks and river banks, where it is often found partially submerged in water, in leaf litter, fallen branches or rocks, occasionally on branches over water (0.1–0.5 m above its surface) or in leaf litter at the water margin (Hoogmoed 1973; Cunha et al. 1985; Hoogmoed & Ávila-Pires 1989, 1991; Martins 1991b; Ávila-Pires 1995; Vitt et al. 2008; Barrio-Amorós & Duellman 2009; Ávila-Pires et al. 2010). Hoogmoed (1973) reported specimens found at the border between forest and savannah, in Sipaliwini, Suriname, close to the border with Brazil. 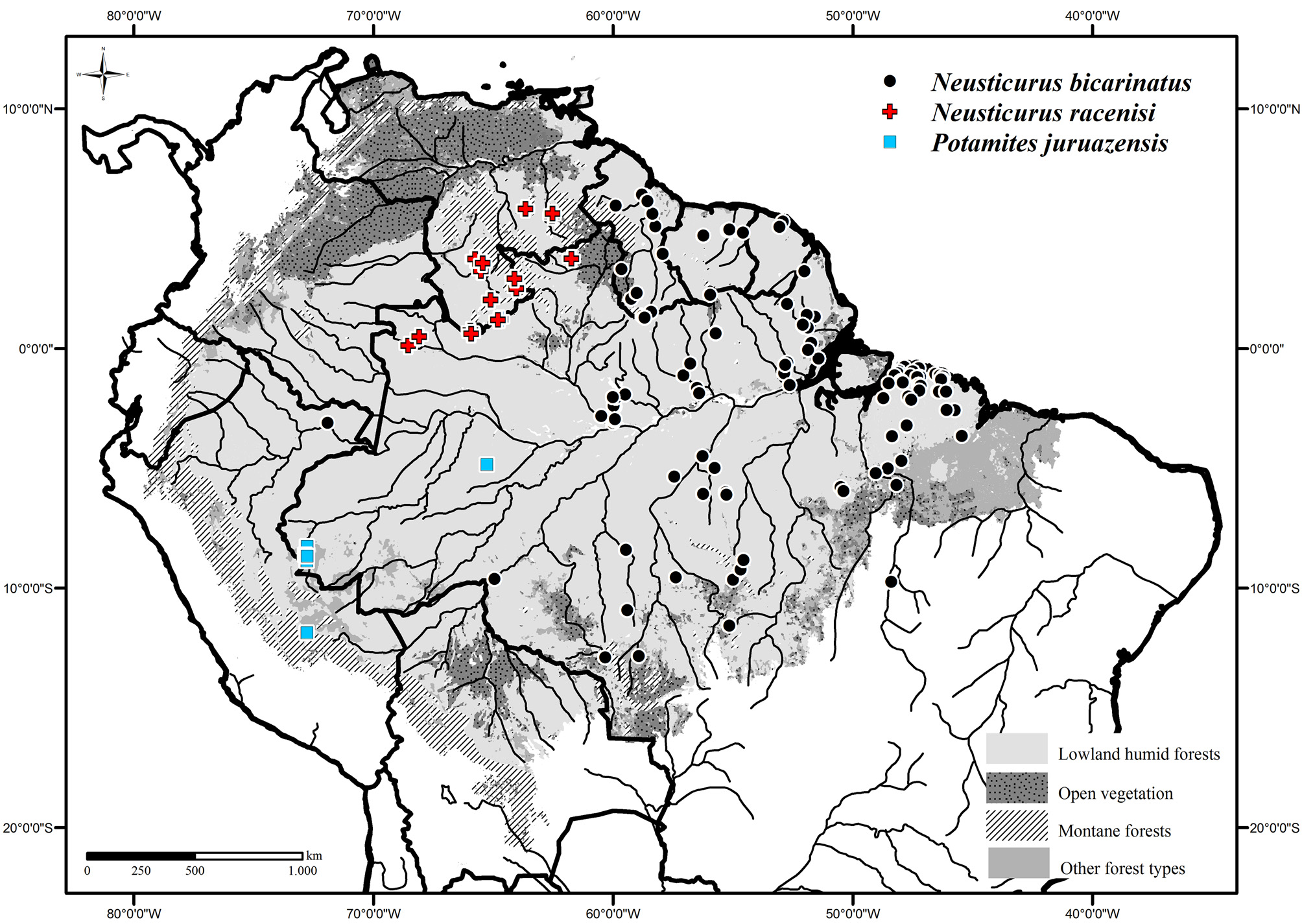