Distribution and habitat. Arthrosaura kockii  is endemic to eastern Amazonia  , with its western distribution delimited by the Xingu River south of the Amazon River, and by the Negro and Branco river systems north of the Amazon River, occurring in Brazil, French Guiana, and Suriname ( Fig. 4View FIGURE 4). A record from Estirón, Rio Ampiyacu, Peru, based on MZUSP 13965, is considered doubtful, since this locality is well beyond the known range of the species. A specimen of Neusticurus bicarinatus  (see below), another eastern Amazonian species, is also registered in MZUSP as coming from the same locality and having the same collector, Boris Malkin. Malkin collected in several places in Amazonia  , including the Guianas and the state of Pará, in Brazil, where these species occur, and it is possible that these two specimens resulted from one of these other trips. In Brazil, it is known from the states of Amapá, Pará, and Mato Grosso. Arthrosaura kockii  is terrestrial and diurnal, inhabits primary terra firme forest ( Hoogmoed & Ávila-Pires 1991; Ribeiro-Júnior et al. 2008), where it is found amid the leaf litter, occasionally climbing roots, fallen trunks and the base of tree trunks ( Hoogmoed 1973; Ávila-Pires 1995). Hoogmoed (1973) reported the species in rather open, dry places, where sunlight reached the forest floor. 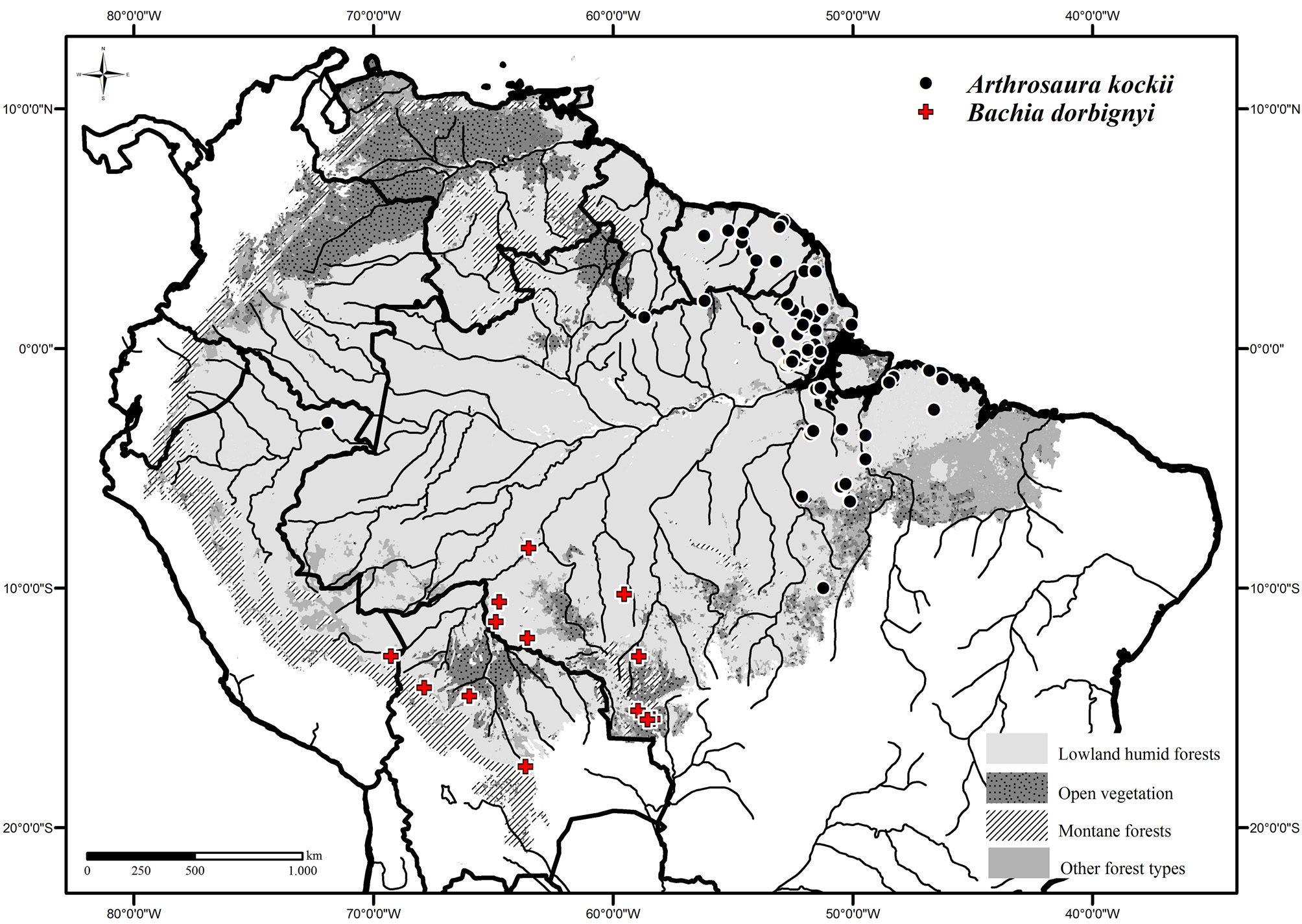 FIGURE 4. Distribution of examined material of Arthrosaura kockii and Bachia dorbignyi. The record of A. kockii from Peru is considered doubtful (see comments in the text).