Comments. This species is close to M. melaleucae  from which it differs by the apical process of the aedeagal shafts being considerably longer and clearly bifurcate and the preapical tooth on the apical process of the paramere barely discernible. There is some variation in the degree of divergence of the aedeagal shafts in posterior view with specimens from the Kimberley, WA, having the shafts more widely separated from the base but this is not regarded as having specific significance. The colouring, particularly the line of pale ocellations along the anterior margin of the head, is also distinctive. The hind margin of the female pregenital sternite is similar in both species although the medial prominence is more pronounced in this species than in A. melaleucae  . The fore tibial dorsal setation (4+4) in A. apicalis  differs from that found in all other species of the genus (1+4). 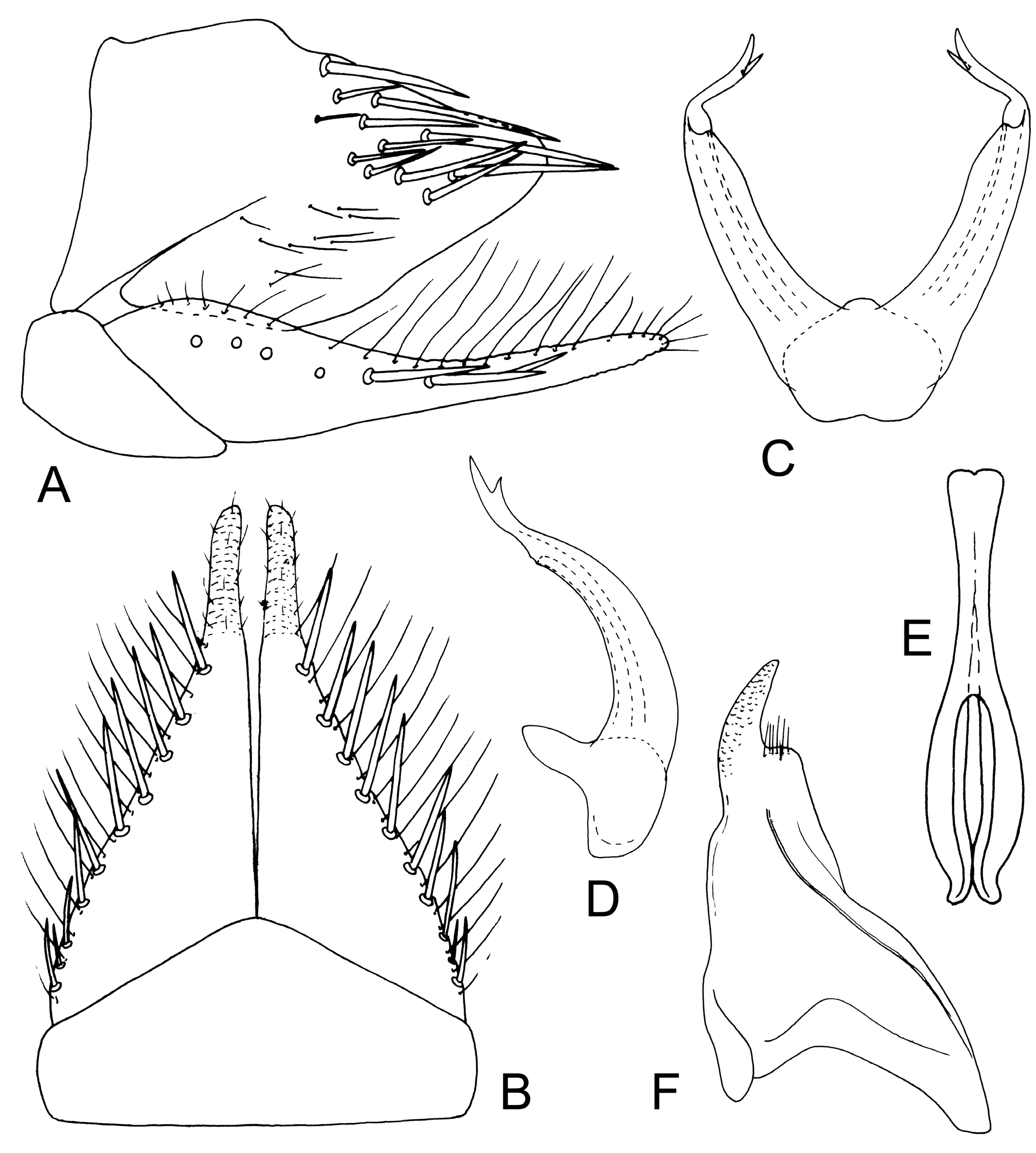