Description. Head and thorax (Fig. 20) evenly pale testaceous throughout with two dark brown spots at apex of head, another beside eye on each side and two against hind margin of vertex. Tegmen (Fig. 19) pale whitish translucent with small infuscations on costal margin at vein endings.

Etymology. The species name reflects the two apical processes on each aedeagal shaft.

Comments. The pale colouring and the brown spots at the apex of the head are unusual but whether this is characteristic of all specimens of this species is dependent on examination of further material. The structure of the aedeagus is similar to that found in a number of other species of the genus in that an apical extension posterior to the gonopore can be interpreted as the apex of a basal process which is fused to the posterior side of the aedeagal shaft to the level of the gonopore with only the apex of the process free. 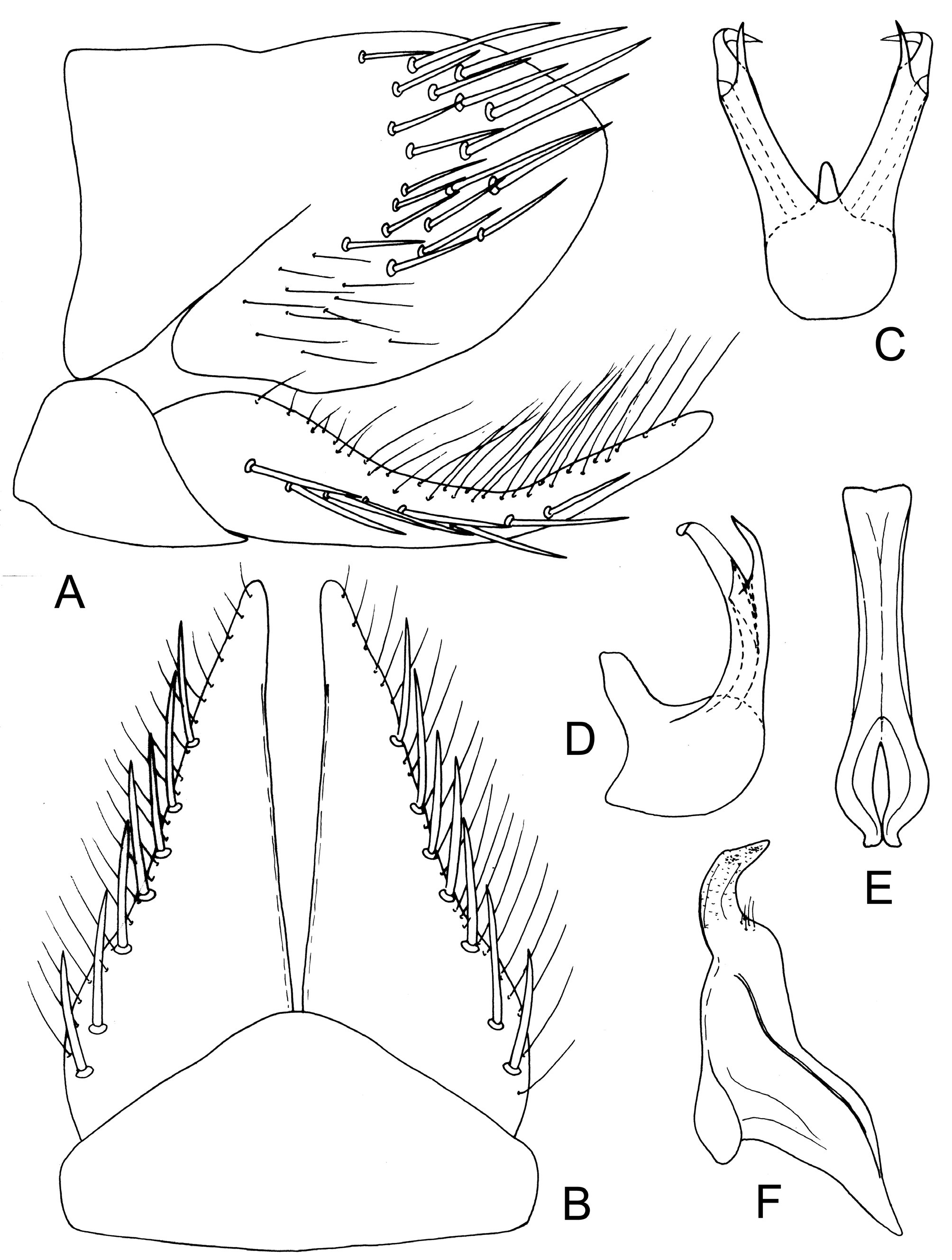