Diagnosis. Cobiti s aliyeae  is distinguished from other Cobitis  species in the Asian Mediterranean Sea basin by a combination of characters, none of them unique. It is distinguished from C. levantina  by the blotches in Z2 and Z4, anterior to the dorsal-fin origin, being almost always well separated from each other (vs. blotches in Z2 usually fused to adjacent blotches, fused into an irregularly shaped stripe in some individuals or forming a mottled band of irregularly shaped, small blotches and spots; Z4 fused into a stripe in few individuals) and pigmentation in Z1 always well distinguished from pigmentation in Z2 (vs. Z1 and Z2 usually fused into a mottled pattern).

Cobitis aliyeae  is distinguished from C. evreni  from the upper Ceyhan River drainage by lacking the pelvic axillary lobe (vs. present), having a black spot at the uppermost caudal-fin base (vs. absent) and by colour pattern. In C. aliyeae  , the pigmentation in Z4 consists of distinct, small and roundish, brown blotches on the anterior part of the flank, roundish or vertically elongated and widely separated on the posterior part of the flank, not fused (or partly fused in Z2) to each other (vs. a dark-brown stripe reaching from above the pectoral-fin base until the vertical of the anus or beyond) and the blotches in Z2 being usually horizontally elongated and often fused to each other forming short stripes (vs. Z2 formed by one continuous stripe).

Cobitis aliyeae  is distinguished from C. battalgilae  by the blotches in Z4 being slightly irregularly shaped, roundish or squarish anterior to the dorsal-fin origin, roundish or vertically elongated and widely separated on the posterior part of the flank (vs. blotches in Z4 usually vertically elongate and often dissociated into a band of small, irregularly-shaped blotches and spots), the snout being longer than the distance between the tip of the anal fin and the end of the hypural complex (vs. as long or shorter), a greater predorsal and prepelvic distance (54–58% SL vs. 51–54 in predorsal length; 56–60% SL vs. 54–56 in prepelvic length) and a shorter caudal-peduncle length in the female (11–14% SL vs. 15–16).

Cobitis aliyeae  is distinguished from C. sipahilerae  by having a series of distinct, roundish or squarish, darkbrown blotches in Z4 (vs. blotches in Z4 often fused into a stripe) and 3–7 large, roundish and dark-brown blotches on the back anterior to the dorsal-fin origin (vs. back plain cream-brown, except few individuals with 1–3 narrow, squarish, brown bars).

Cobitis aliyeae  is distinguished from C. elazigensis  by lacking the pelvic axillary lobe (vs. present) and C. aliyeae  grows to a much smaller size (female up to 65 mm SL vs. 160 mm SL in C. elazigensis  ). It is distinguished from C. linea  by the pigmentation in Z4 consisting of distinct, large, dark-brown blotches, usually horizontally elongated on the anterior body, roundish or vertically elongated on the caudal peduncle, not fused (vs. Z4 with very small and roundish or comma-shaped blotches along its whole length, blotches very densely set and often fused into stripes or dissociated into a field of several rows of blotches).

Colouration. Background colour whitish with a dark-brown pigmentation pattern organised in one mid-dorsal and four lateral zones. Mid-dorsal pigmentation consisting in a series of 10–14 dark-brown, roundish blotches. Pigmentation in Z1 well visible, with many, very small spots, pigmented part wider than in in Z2, not reaching dorsally to interspaces of mid-dorsal blotches, pigmentation in Z2 and Z3 fused on caudal peduncle. Spots in Z2 of about eye size, usually roundish or horizontally elongate, not fused to each other. Pigmentation in Z2 fused with pigmentation in Z1 and Z3 on caudal peduncle in some individuals. Pigmentation in Z3 absent in juveniles, formed by a line or a very narrow band of very small spots in adults. 4–8 predorsal, 2–3 subdorsal and 4–7 postdorsal blotches in Z4, blotches roundish, squarish, irregularly triangular or widely comma-shaped. A single, very small, often indistinct black spot at upper caudal-fin base. Upper part of head, opercle and snout covered by small spots. A dark-brown stripe between eye and snout. Fins hyaline. Caudal fin with 6–9 and dorsal fin with 7–9 dark-brown, very narrow, sometimes irregular set bars. Few dark-brown spots in paired fins in some individuals. Barbels whitish.

Distribution. Cobitis aliyeae  is found in the lower reaches of the Seyhan and Ceyhan River drainages.

Remarks. Molecular data place C. aliyeae  in the C. linea  species group ( C. linea  , C. anabelae  , C. elazigensis  , C. erkakanae  , C. evreni  , C. levantina  , Fig. 1View FIGURE 1). Based on DNA barcoding it is well separated from all other included Cobitis  , and by a minimum K2P distance of 6.3% to C. erkakanae  . It is also supported by the PTP approach as distinct entity.

See below for details to distinguish C. aliyeae  from other Cobitis  species found in the Asian Mediterranean Sea basin. 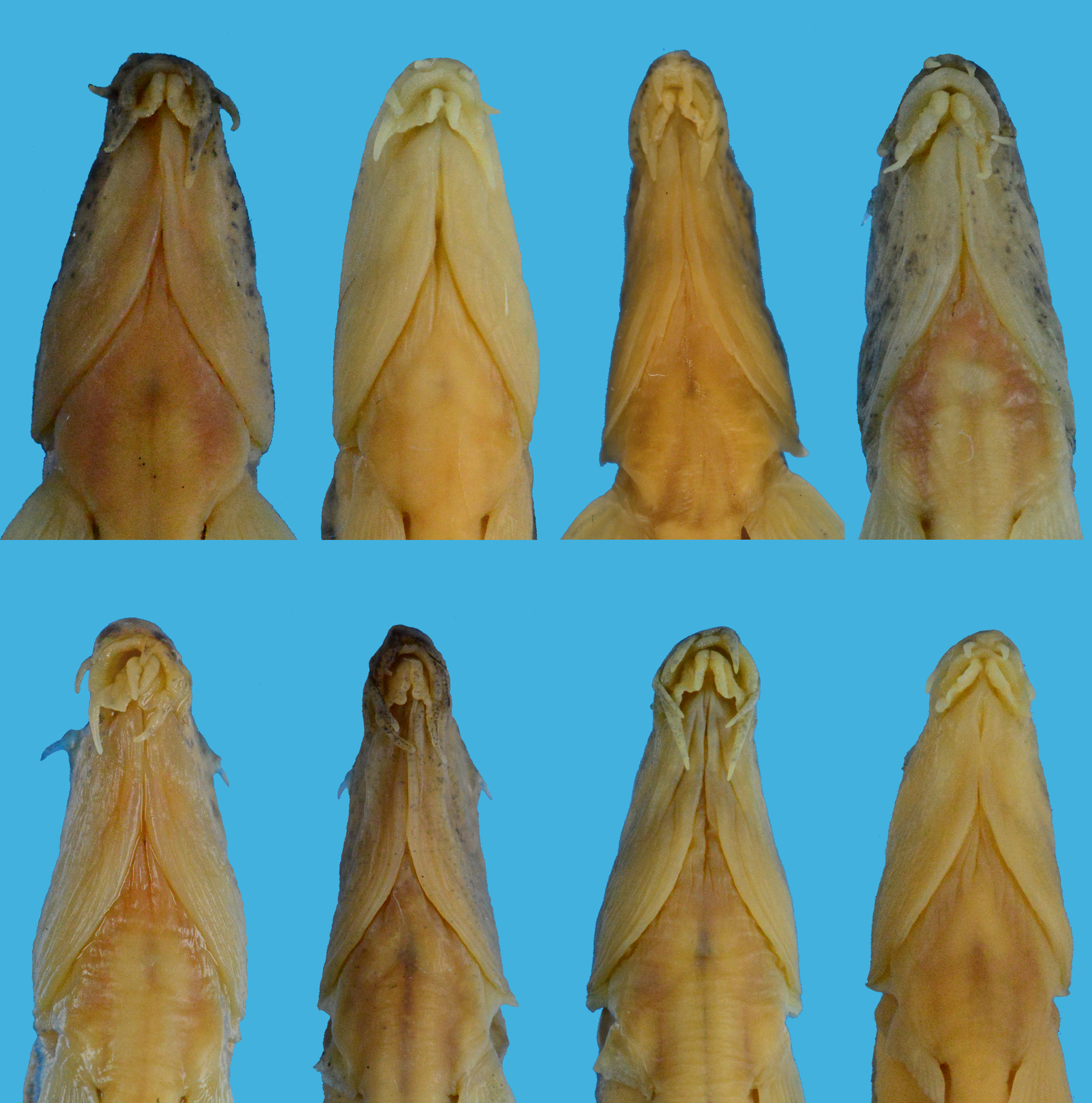