Diagnosis. Cobitis taenia  is distinguished from C. saniae  , C. satunini  and C. splendens  by having a large focal zone in the sub-dorsal scales (about 1/2–1/3 of vertical scale diameter vs. focal zone small, about or less than 1/3 of the maximum scale diameter) and a small, comma-shaped or ovoid black spot at the upper caudal-fin base (vs. large, often roundish). Cobitis taenia  is further distinguished from C. saniae  by having the base of the lamina circularis narrowly connected to the pectoral-fin ray (vs. widely connected). It is further distinguished from C. splendens  by the pigmentation in Z3 reaching from the pectoral-fin base and the caudal peduncle in the male (vs. pigmentation much reduced, not reaching the vertical of the dorsal-fin origin) and blotches in Z4 anterior to the dorsal-fin origin being horizontally elongate, often very densely set and fused into short or longer stripes (vs. vertically elongate, not fused to each other fused).

Cobitis taenia  is distinguished from C. puncticulata  from the Marmara Sea basin by having well separated and large blotches in Z2 and Z4 (vs. very small, indistinct or confluent), un-pigmented flank below Z4 (vs. pigmented) and a pale yellowish or whitish background coloration (vs. brownish). Cobiti s taenia  is distinguished from C. simplicispina  by having one laminae circularis in the males (vs. two).

Remarks. Cobitis taenia  is widespread in Eastern and Central Europe including the northern Black Sea basin, where it is found from the Dniester River east to the Dnieper ( Kottelat & Freyhof 2007). Similar looking Cobitis  in the eastern Black Sea basin have been identified as C. satunini  and those from the adjacent northern Anatolia and the southern Marmara Sea basin had been identified as C. splendens  , C. fahireae  and C. kurui  by Erk'akan et al. (1999). Cobitis taenia  is the only species of Cobitis  in the Black Sea basin having a large focal zone in the subdorsal scales and a small black spot at the upper caudal-fin base. These two characters are the only external characters distinguishing C. taenia  from C. satunini  . Cobitis taenia  is also unique among all Cobitis  species studied in the Black Sea basin for having 48 chromosomes (vs. 50 in C. elongatoides  , C. pontica  , C. taurica  , and C. tanaitica  ) ( Janko et al. 2005, Vasil'eva & Vasil'ev 2006). The chromosome numbers have not been studied in C. satunini  or in the populations identified here as C. taenia  from the northern Black Sea basin and the southern Marmara Sea basin. 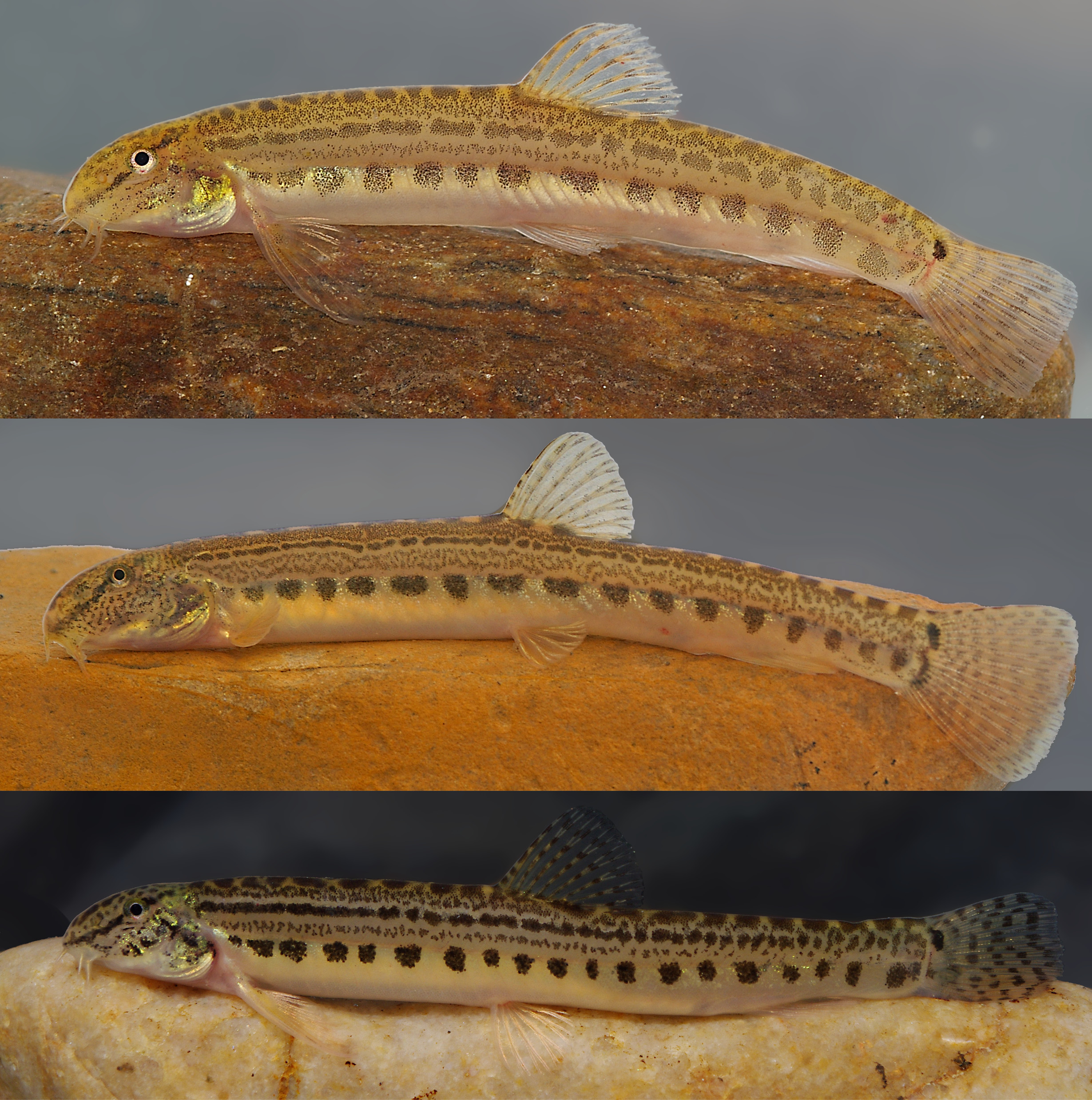