Diagnosis. Cobitis avicennae  is distinguished from other Cobitis  species in the Persian Gulf basin by having one lamina circularis in the male (vs. two in C. elazigensis  and C. linea  ) and distinct, large, dark-brown, usually horizontally elongated blotches in Z4 along the anterior part of the flank, roundish or vertically elongated on the caudal peduncle (vs. indistinct minute dark-grey roundish dots in Z 4 in C. kellei  ).

Remarks. Molecular data presented by Perdices et al. (2018) and Mousavi-Sabet et al. (2015) and shown in Figure 1View FIGURE 1, place C. avicennae  close to C. faridpaki  and C. saniae  from the southern Caspian Sea basin and it might be speculated that its ancestors entered the Persian Gulf basin from the Caspian Sea basin by river captures. See below for details to distinguish C avicennae  from C. faridpaki  and C. saniae  . Our own molecular data as well as Perdices et al. (2018) place C. avicennae  in the C. taenia  species group ( Fig. 1View FIGURE 1). Based on DNA barcoding C. avicennae  is well separated from all other Cobitis  included in this study and by a minimum K2P distance of 5.7% to C. faridpaki  . It is also supported as an own PTP and mPTP entity. 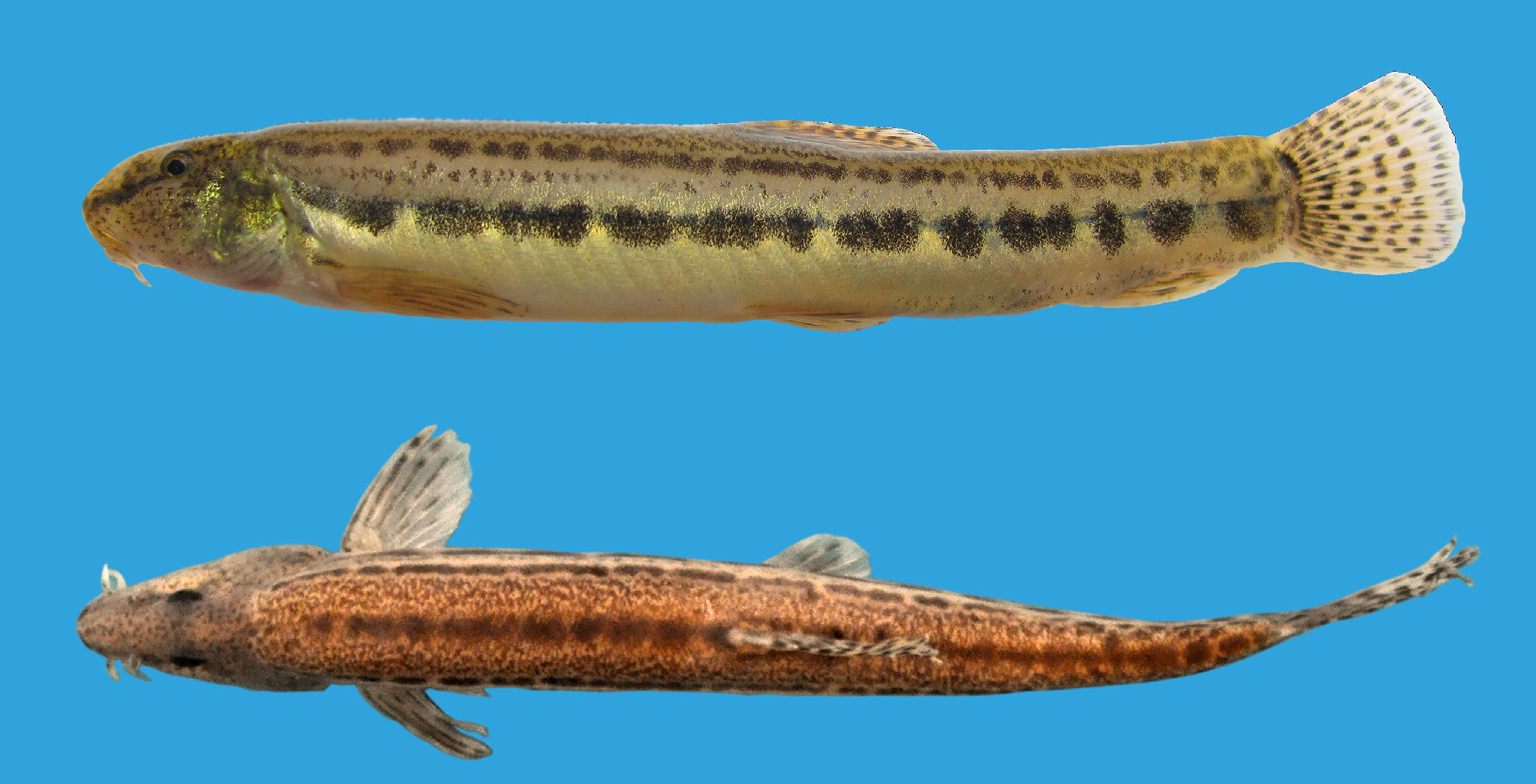