Remarks. The species was described and illustrated by Puplesis & Robinson (2000: 57; Figs 60, 205, 206) as a taxon with uncertain and provisional taxonomic position. On the basis of our recent detailed re-examination, argentosa was transferred from the genus Glaucolepis Braun to Acalyptris Meyrick ( Stonis et al. 2017) . In the course of our study, we made some new findings about the morphological characters of A. argentosa , specifically the wing venation and particularly wing scaling, with hitherto unnoticed and hardly visible but very specific androconia. Below we provide only novel data, i.e. data which were missing in the original description of the species.

Distribution. The species is known from the rainforest habitat in Belize, Central America. 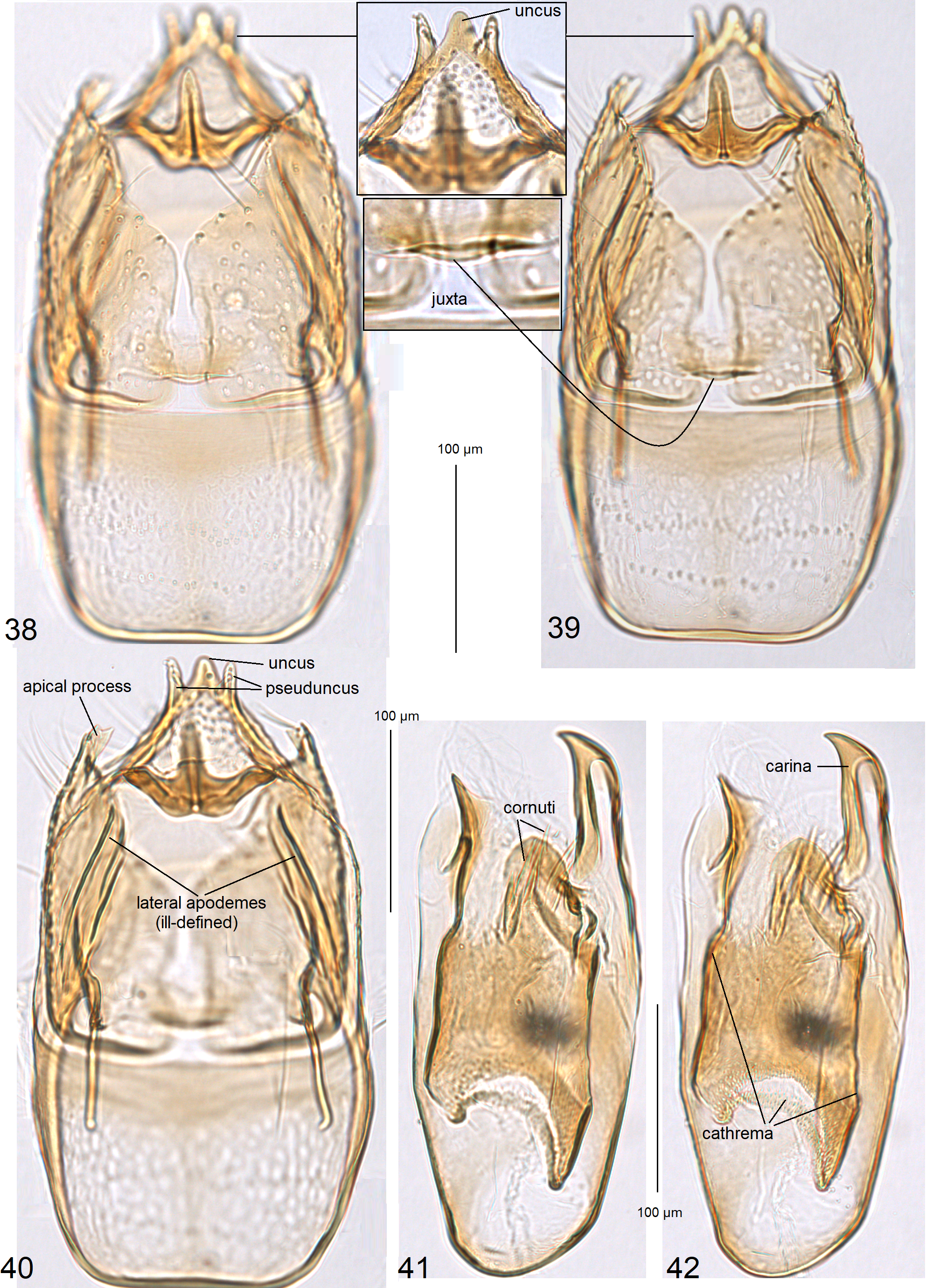