The specific name 'pasir' means 'sand' in Malay and Indonesian.

Seasonal occurrence and habitat. This species is found on beaches in October.

This species is similar to C. nigripennis  differing primarily from the latter by the elongate white palpi and paired left surstylus. 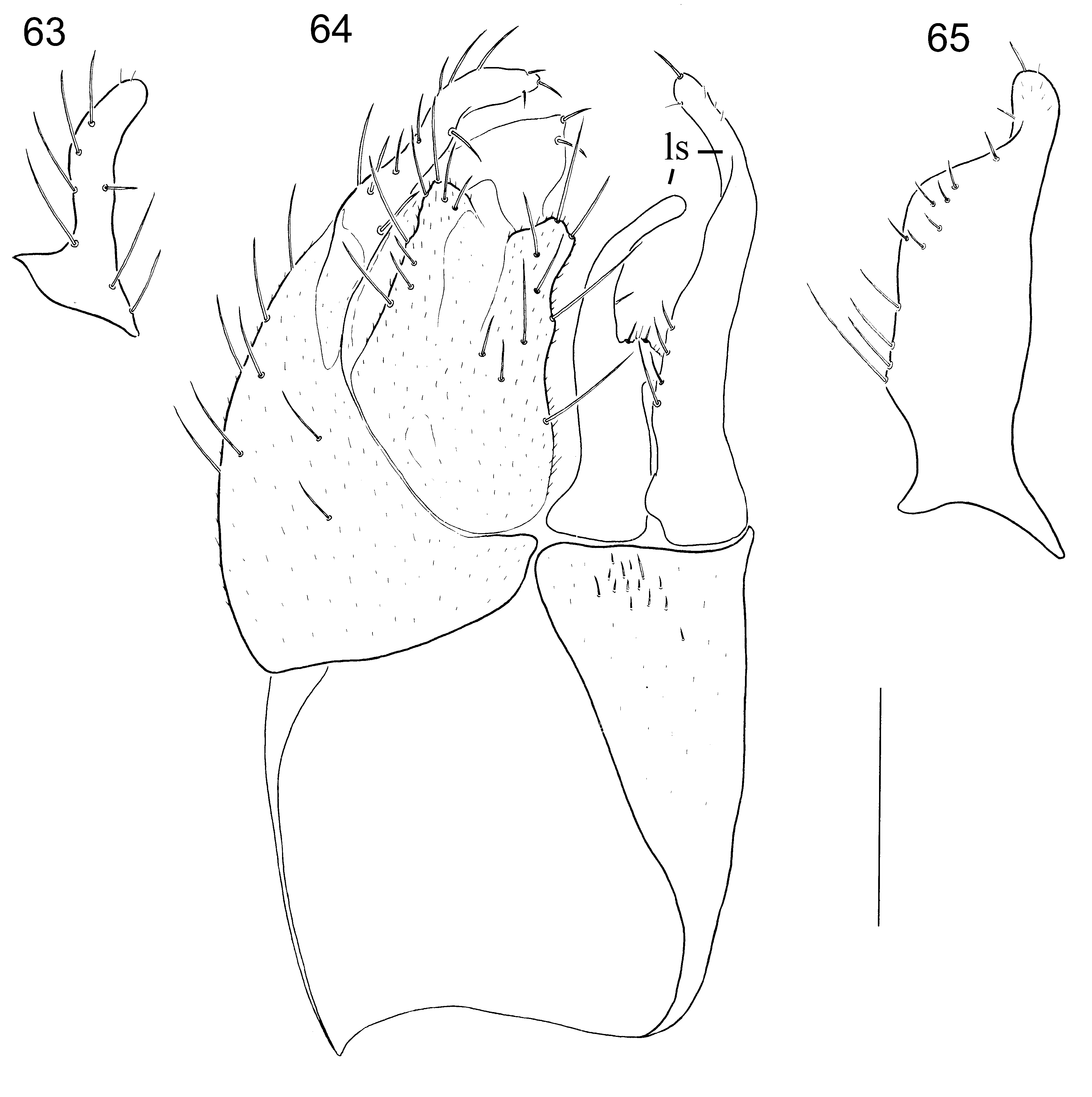