Comments. In the original description, the taxon was treated twice as a form ( Hebrus jeanneli  f. djaneti —pp. 69, 70) and three times as a trinomen which is fitting subspecific status ( Hebrus jeanneli djaneti  —pp. 71, 81). According to the Article 45.6.4 ( ICZN 1999), the name djaneti must be regarded as available in subspecific rank.

This subspecies has not been recorded since its description. According to the original description, the species is very similar to H. montanus  , but the hind tibia of the male, as depicted by Poisson (1953: Fig. 3View FIGURES 1 – 3 D) and also in the only examined male, bears no long hairs. The three examined females ( Figs. 23–24View FIGURES 23 – 28. 23 – 24) fits the original description well. The male from Morocco: Asni ( Fig. 25View FIGURES 23 – 28. 23 – 24), identified as H. montanus  by Kment & Kanyukova (2010), has similar colouration but it bears a row of erect setae in the middle of the upper surface of the hind tibia.

No depository of the types was mentioned in the original description ( Poisson 1953) nor in the Palaearctic catalogue by Andersen (1995). The collection at the USNM in Washington includes four card-mounted and two slide-mounted specimens: ‘I found two slides of H. jeanneli djaneti  , one with the genitalia only and labelled “ Hebrus jeanneli djaneti  nov., [?]Tassili, F. Bernard.”, the second one has the genitalia, hemelytra, and legs and is labelled “ Hebrus jeanneli djaneti  nov., [?],Tassili, F. Bernard.” There are four carded H. jeanneli djaneti  , two on separate cards (a male and female) and pins and two on separate cards (apparently both females) but one pin, all are from Djanet. The separate male and female have a label saying “scutellum different”.’ (T. J. Henry, pers. comm). 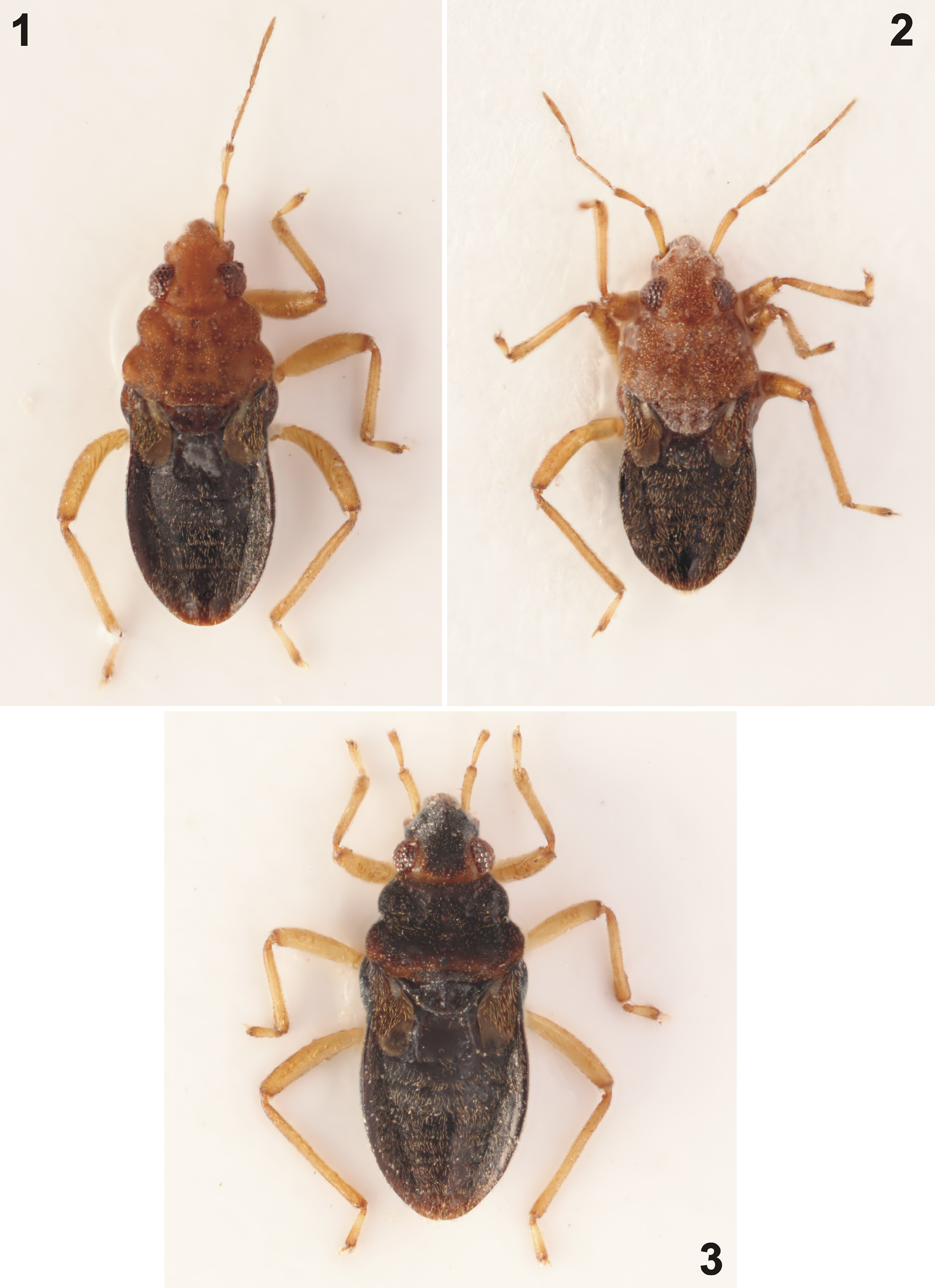