As shown in the phylogenetic analysis, topotypic Gastrotheca monticola  are in the same clade as those from Pomacochas, from where a large series is available for the following redefinition; however, there is considerable variation in dorsal coloration ( Fig. 2View FIGURE 2). Also, the analysis shows that specimens from Ecuador are distinct; for these the name Gastrotheca lojana Parker  is available. This species is being redefined by Carvajal-Endara et al. (in prep.) and, except for the sequence data, is not included herein.

Distribution and ecology. Gastrotheca monticola  , as recognized here, is known from elevations of 1900– 1960 m in the vicinity of the type locality in the valley of the Río Huancabamba, which flows southward into the Río Chamaya, a tributary of the Río Marañón. The species occurs at Ayabaca (2700 m) northwest of the type locality. Its range extends southeastward to several localities at elevations of 2360–3235 m in the northern part of the Cordillera Central in Departamento Amazonas. Individuals have been found in arboreal bromeliads by day; the species thrives in anthropogenic conditions, as was evident of individuals found at night on trees within the village of Pomacochas. 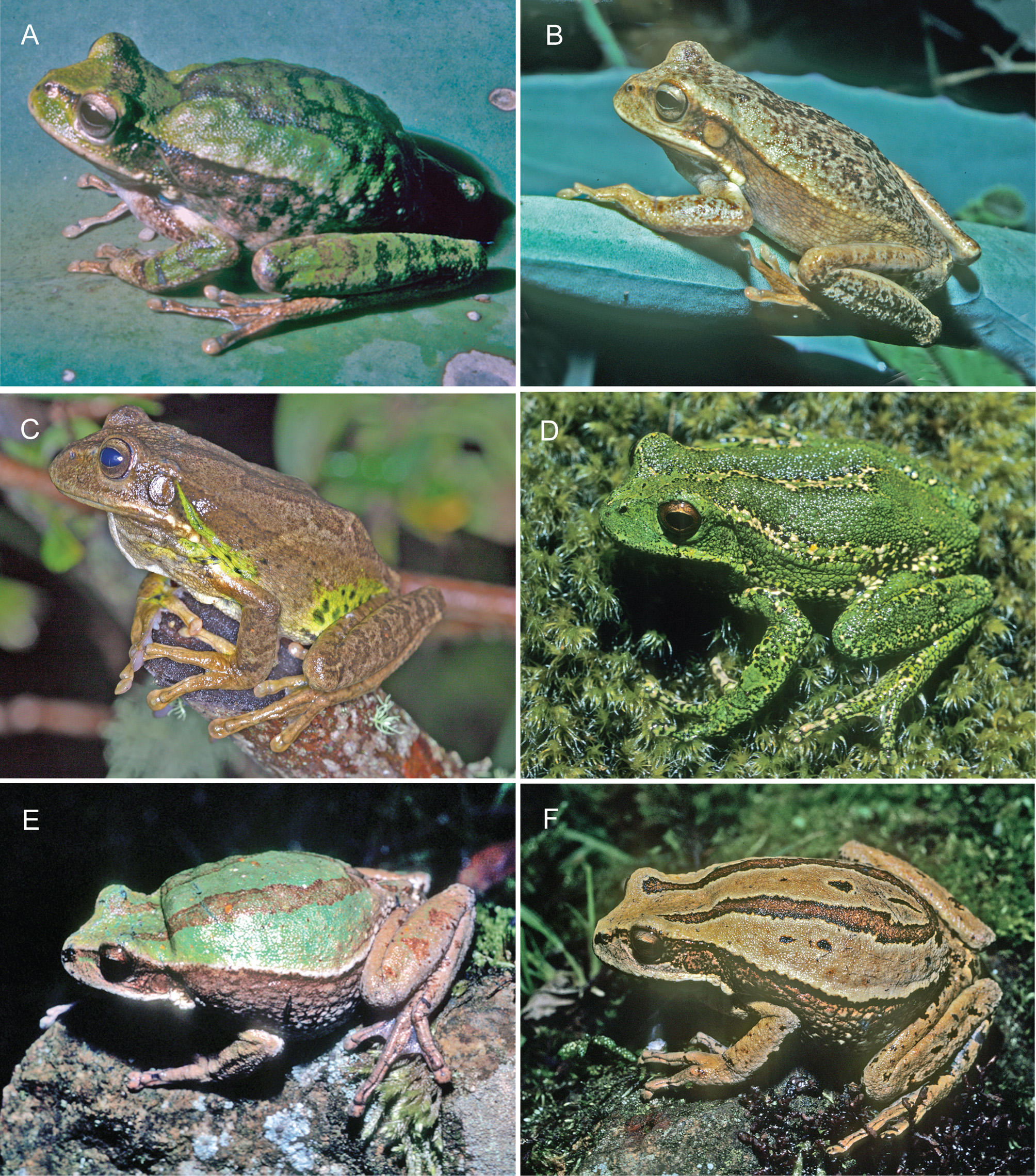